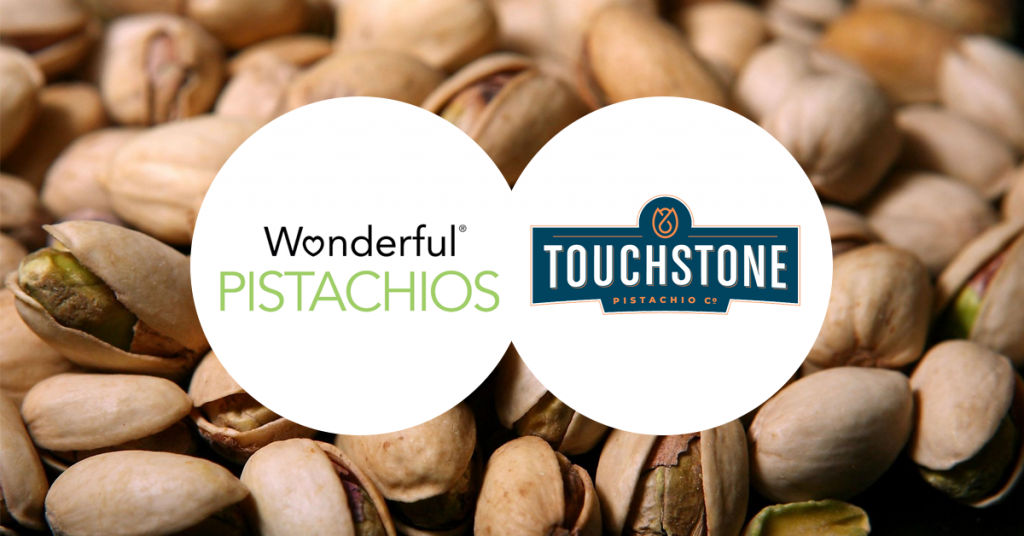 Two of the California’s largest pistachio players are, once again, going at it in the courtroom.

In January, the Wonderful Company – owned by billionaires Stewart and Lynda Resnick – sued Tulare County over the approval of the expansion of a pistachio processing plant for Touchstone Pistachio Company – owned by Fresno’s Assemi family – near the community of Terra Bella.

Last month Touchstone responded by filing a cross-complaint under the premise that Wonderful’s lawsuit has no standing.

The new legal controversy follows a failed attempt by Wonderful last year to prevent Touchstone from expanding its operations by reversing building permit approvals from the Tulare County Board of Supervisors.

In that case, Tulare County Superior Court Judge Bret Hillman ruled that Wonderful lacked standing because the Resnick’s company was not a beneficially-interested party in the operation.

This time around, Wonderful is claiming Tulare County violated California’s marquee environmental law, the California Environmental Quality Act (CEQA), by not completing an environmental review of the expansion, which includes a new truck scale, 16 new silos and an upgraded huller line system.

Tulare County approved the expansion by issuing a minor modification to Touchstone’s permit last December, which it later determined to be exempt from review under CEQA guidelines – forming the basis of Wonderful’s argument.

“Touchstone’s industrial agricultural operation will have irreversible adverse impacts on the environment. Yet the County has not completed any environmental review prior to issuing the Minor Modification,” the lawsuit reads.

“The County has violated CEQA by issuing the Minor Modification and continuing to process applications for additional building permits for construction work with potentially severe environmental impacts prior to completing any of the required analyses of those impacts. Continued expansion activities at the Project Site will result in irrevocable adverse environmental impacts and render the County’s compliance with CEQA a mere post-hoc rationalization for approving the Project – i.e., a meaningless paperwork exercise.”

Wonderful claims that its citrus operations will be specifically impacted by the expanded Touchstone facility. Wonderful farms 132 acres of citrus fields within two miles of the facility.

“Touchstone’s increased processing capacity will require an increase in the amount of water used. This water is drawn from the same groundwater resource that Wonderful Citrus utilizes,” the lawsuit reads.

Wonderful specifically cited air quality – because of the additional truck scale and the new silos which will increase truck traffic – groundwater supply and an increased noise disturbance as the adverse environmental impacts which have not been analyzed yet.

“The County’s continued failure to conduct any environmental review or monitor operations at the expanded facility could result in reverberating impacts across the pistachio industry,” the lawsuit reads.

“The Touchstone facility has undergone a haphazard, exponential expansion, without any environmental review and no meaningful oversight from the County, despite a history of prior health and safety measure violations. The County’s failure to require Touchstone to undergo even the most basic environmental review threatens the integrity of California’s entire pistachio processing industry.”

In addition to the argument surrounding CEQA violations, Wonderful claims the county violated its own code and zoning ordinance by approving the minor modifications.

Under current county law, minor modifications of special use permits can be approved for projects that will not substantially change or alter what is already in place.

With the 16 new silos set to be constructed, Wonderful says the storage capacity on site will increase from around 50 million pounds of pistachios to around 90 million pounds, coming in at an 80 percent increase, which Wonderful argues is in fact a substantial change.

Wonderful is seeking the court to halt the project until an environmental review has been completed and is seeking attorney’s fees in damages.

In the cross-complaint filed in February, Touchstone contended that Wonderful’s latest lawsuit lacks standing and had no business being filed because of Hillman’s ruling last October.

Touchstone argued that many of the allegations from Wonderful “are copied and pasted” from the lawsuit that Hillman shot down and that the CEQA allegations are just the latest attempts to prevent competition from brewing in the pistachio market.

“Wonderful seeks to use their lawsuits to prevent that facility from competing with its own pistachio processing business, and to burden and improperly obstruct its competitors,” the cross-complaint reads.

Touchstone pointed out that Hillman did not find any evidence of Wonderful being a beneficially interested party in the operation, arguing that nothing is different in the latest lawsuit.

That leads to the environmental concerns which Wonderful raised.

In his ruling last year, Hillman determined that Wonderful only had consideration for the environment when potential competition entered the field.

“None of Wonderful’s alleged concerns relating to the health of its employees or its ‘property interests’ motivated them to timely object to the Special Use Permit at the time it was issued, at a time, in bears noting, when a robust array of options were available to them under the law (e.g. CEQA) to raise and litigate its purported public concerns –  rather, only after Touchstone presented a commercial, competitive concern did Wonderful seize on the opportunity afforded by the issuance of Building Permits to mount its challenge,” Hillman wrote last October.

While issues rage over the merits of the CEQA action, Wonderful and Touchstone have found themselves recently battling over who should hear the case itself.

On On Jan. 26, attorneys for Wonderful petitioned to disqualify Hillman from hearing the new case, arguing prejudice against the firm.

Hillman approved a transfer of the case, owing to the disqualification push, to Tulare County Superior Court Judge Nathan Ide.

In the notice, Touchstone claimed Wonderful entities “improperly want a second chance to litigate this Court’s prior judgment” adding that the Los Angeles-based ag giant “seeks to use their lawsuits to prevent the facility from competing with its own processing business.”

Touchstone also pushed to have the case transferred back to Hillman.

On Feb. 10, Wonderful disputed the fact that two other cases – the previous suit against Tulare County, centering on the building permit, and a contractual dispute between the Assemi Family and Wonderful in Fresno County Superior Court – were related.

The parties are set to return to court on April 4 in anticipation for hearings on demurrers filed by both Wonderful and Touchstone and an anti-SLAPP motion by Wonderful.