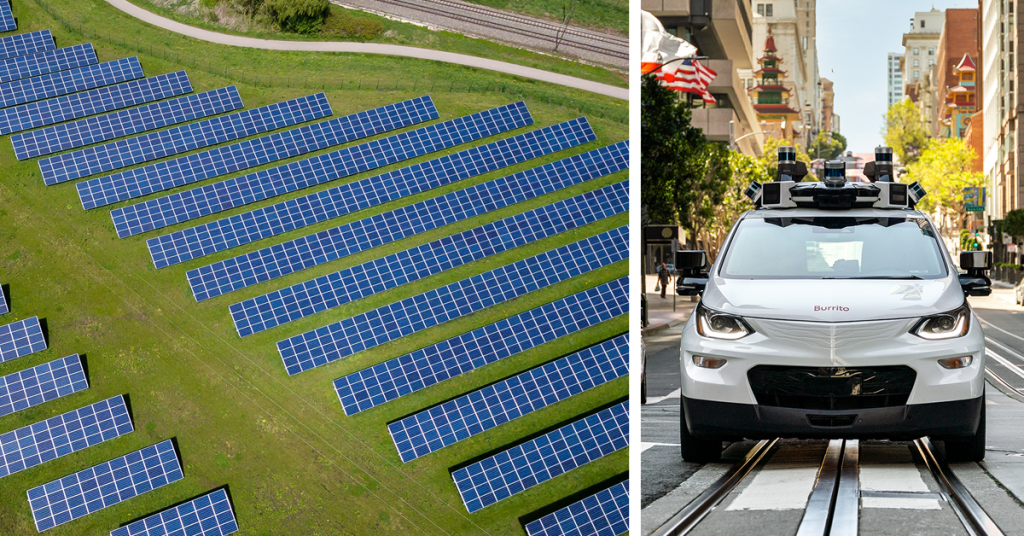 Two Central Valley farming operations have teamed up with a San Francisco tech company to power electric cars for ride-hailing.

Cruise, a company that operates a fleet of self-driving electric vehicles for ride-hailing, recently unveiled its Farm to Fleet program.

Through the program, Cruise purchases renewable energy credits from Sundale Vineyards and Moonlight Packing to power its fleet.

Sundale Vineyards is a table and wine grape farm located in Tulare, while Moonlight Packing is a fruit orchard and packer based in Reedley.

Although Cruise is currently testing its self-driving fleet in San Francisco and not in the Central Valley, Sundale and Moonlight are able to make a profit with the partnership by selling the renewable energy credits.

Cruise is also looking to scale the program, which brings the potential to other Valley solar producers to sell their credits.

A study commissioned by Cruise revealed that an all-electric vehicle ride-hailing fleet could reduce carbon emissions by 5.5 million metric tons in California annually by 2030.

“We’re tying urban issues and rural issues together in a way that, I think, benefits everybody,” Rob Grant, Cruise’s vice president of social affairs and global impact, told the San Francisco Chronicle. “We looked intentionally at where we can make this connection in parts of California that are not normally thought of as a hotbed for autonomous vehicles and electric vehicles.”