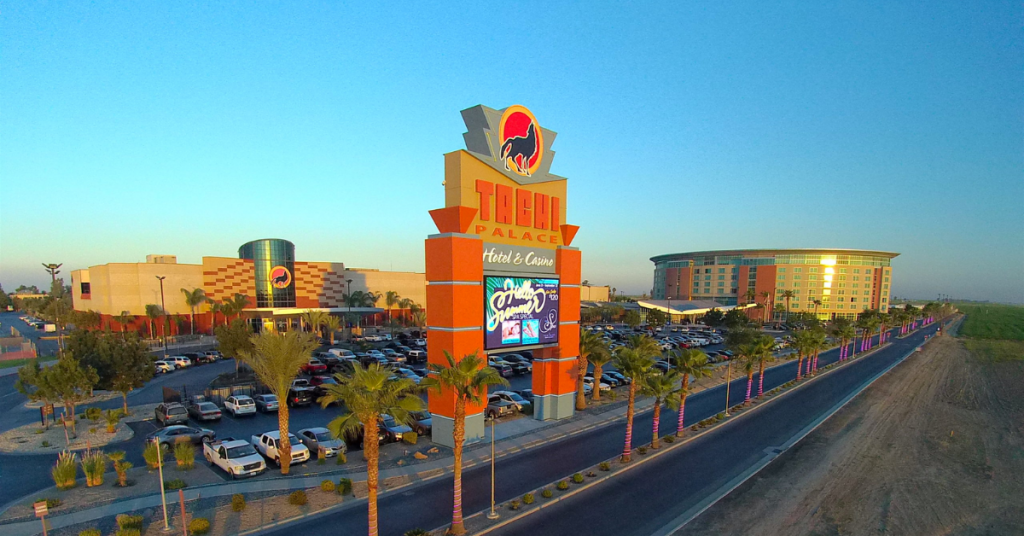 Tachi Palace Casino Resort received a boost from Kings County as it looks to maintain its operations into the future.

With the compact between California and the Santa Rosa Rancheria Tachi Tribe set to expire in June, the Kings County Board of Supervisors unanimously approved a letter in support of the ratification of a new agreement.

“Revenue from the tribe’s casino directly funds the tribal government and allows the tribe to provide services to its members benefiting both the tribe as well as Kings County,” said county administrative officer Ed Hill.

The tribe has operated Tachi Palace since 1983 and with the Tribal-State compact that was agreed to in 1999 set for expiration, the tribe is seeking a new deal that will last for 25 years to continue providing for the 1,300 members in the tribe.

Tribe chairman Leo Sisco thanked the county for its support and noted that the tribe’s initial effort to come to an agreement was shot down.

“We are extremely grateful and thankful for the support that the county has given us, and we’re looking forward to a continued relationship. We want to be able to get this done,” Sisco said.

“To give a little history on it, we did negotiate a compact – 1.0 as we called it here – and in the end it did get denied by the federal government Department of Interior. But we feel very confident with the continued support of the county, the sheriff’s office, the fire department that we’re going to get this done. We feel very optimistic.”

As the letter from the county states, the California Legislature ratified a previous version of the compact last September, but the Department of the Interior requested a few revisions to it that were approved by Gov. Gavin Newsom.

“The Tachi Compact is vital to the continued operation of the Tachi Palace Casino Resort and the resulting benefits felt by the Tribe, the Kings County community, as well as Californians generally. The amended compact establishes the framework by which the Tribe would pay pro-rata costs of the State’s gaming regulatory costs and secures additional legal protections to facility standards, employees, and patrons, all identified as important to the State’s interest in protecting its citizens,” the letter reads.

“Ultimately, the operation and important contributions of the Tachi Palace Casino Resort are essential to the continued well-being of the Tribe and the economic, social, and cultural benefit of all Californians.”