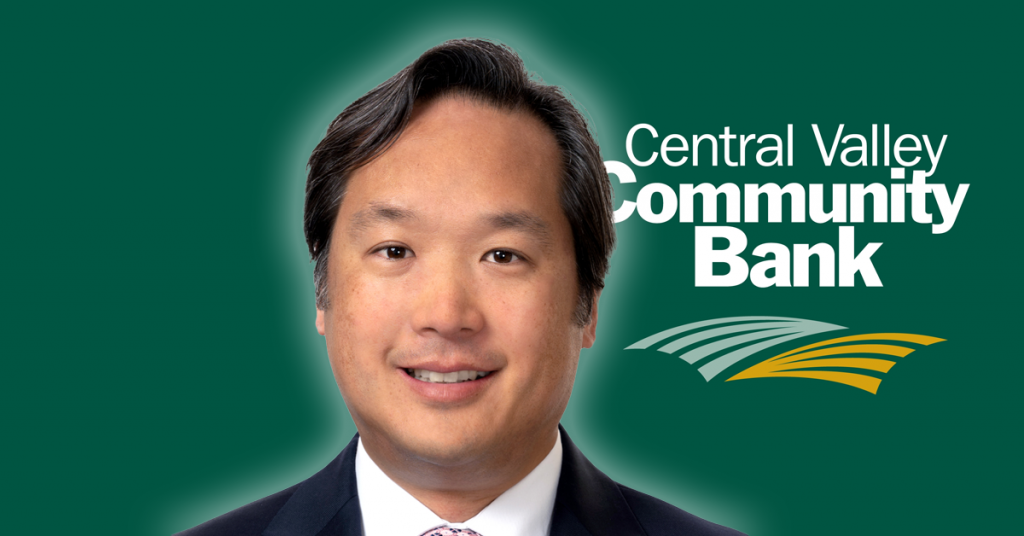 Central Valley Community Bancorp announced Tuesday that James Kim will take over as president and chief executive officer on Nov. 1.

“An experienced leader with proven success in the financial services sector, James is highly regarded by our Company and an exceptional choice to be our next president and CEO. We look forward to the vision, leadership and perspective he will bring to the role,” said Daniel Doyle, board chairman, in a statement.

“On behalf of our entire board, we thank Jim Ford for his many positive contributions toward the bank and company’s success as one of Central California’s leading community banks.”

Kim brings over 21 years of financial experience to his new role. Before joining the bank in 2018, he served in executive roles with a few banks in the Greater Sacramento Region.

“I am honored and energized to help lead and further the success of our 41-year-old bank,” Kim said in a statement.

“The importance of community banking has never been more compelling and it is highly rewarding to guide an extraordinary and diverse team that is so passionate about providing exceptional service to our clients and communities.”

Kim earned his MBA and Bachelors of Science from California State University, Sacramento, and has actively supported a variety of community nonprofits, foundations, youth causes and food insecurity organizations.

Ford leaves the bank after eight years in the position. During his tenure, the bank’s assets nearly doubled to over $2.3 billion as of June, and the value per stock share rose from $8.10 to $15.93.

“It has been my privilege to share the oversight of the bank and company’s growth over the past eight years to its current level of success,” Ford said in a statement. “I am proud to have served alongside so many talented executives and teammates whose commitment to our mission and core values is second to none.”