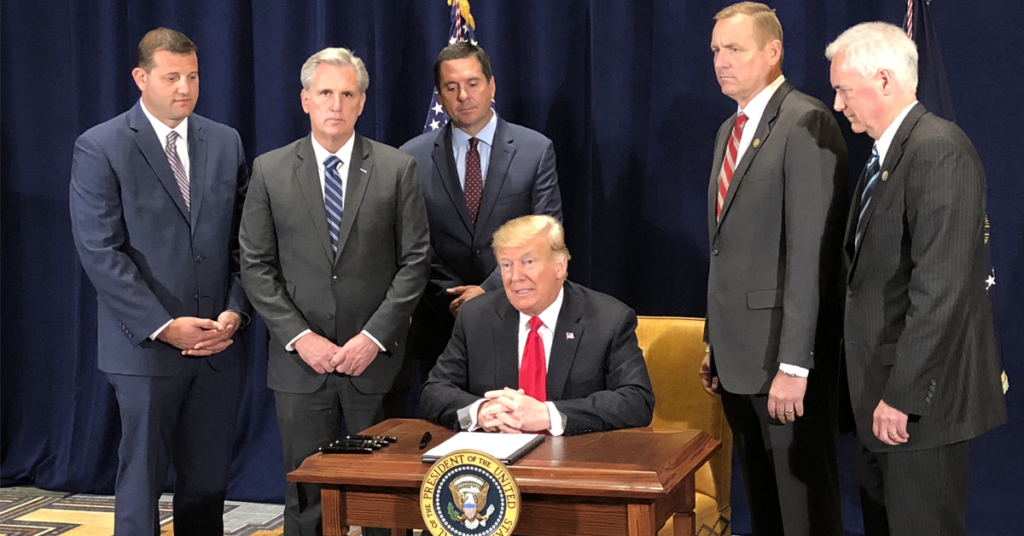 As is all-too-often the case, it’s time to dispel some notions about California’s water wars.

It’s not about farmer versus fish, north versus south, urban versus rural. It’s truly about fundamental fairness and rights versus an agenda tied to complete control.

One would think those who portend to champion the environment would be active participants and marketers of a massive, collective statewide agreement to create additional safeguards financed by millions of dollars.

They would think building new and maintaining existing infrastructure is the best way to secure resources for a continually-growing population.

And one would also think that utilizing up-to-date science to manage water for millions of Californians is a technological and environmental feat, not a vice.

Of course, in this state, they would be wrong.

Welcome to the Two States of California: one boasts one of the largest economies in the world while another is shamed with water rationing, third-world power outages, uncontrolled wildfires, an ever-expanding homeless population riddled with medieval diseases.

This is the tale of the latter California and the continued alarmism about its water.

Special interest groups – armed with headlines – have repeatedly warned of an environment in peril and the Sacramento-San Joaquin Delta in decline all driven by climate change.

Yet, as governments seek to make progress in the form of scientific advancement, these groups preach regression.

Instead of seeing environmental bounty, we are seeing mere political ideology flourish.

Sadly, masking political ideology with the face of environmental rescue has led to complete failure for decades.

Last year, a statewide coalition of big and small water users committed to millions of dollars to improve the environment.

These water users include cities, businesses, homeowners, and farmers. The long-virtuous call for collaboration, cooperation, and bipartisanship were met with Voluntary Agreements between these users and government water managers.

First, by the Chair of the California State Water Resources Control Board, who argued they did not go far enough to strangle water use. She was ultimately sacked by Gov. Gavin Newsom.

Later, resistance would come in the form of Senate Bill 1, driven by State Senate Pro Tem Toni Atkins (D–San Diego), which would have destroyed the agreements by freezing state environmental rules to outdated Federal standards. The legislation would ultimately be vetoed by the Governor.

“More flow” to the Pacific Ocean has always been the answer. The wrong answer.

We now have history to review that tell us what does not work. Flows based on a calendar, a date, or a span of days regardless of the presence of fish or lack thereof has resulted in zero progress in fish restoration.

The Endangered Species Act being interpreted in the most draconian measures for “more flow” has been a disaster for California.

It took millions of dollars to learn that mismanagement of water yielded negative results as ecosystems suffered, fish disappeared, our people became permanently rationed, and thousands of acres of the best food-producing land in the world lay fallow.

Yet, the result of these costly lessons from the past decade are new biological opinions released in the past two weeks.

These opinions include having people actually watching where and when it matters most for people, fish, and the environment. Instead of managing water based on the calendar, water will be managed based on real-time data and information.

It’s important to know how we got to the point of changing biological opinions. Establishing water rules, it should be noted, involves navigating a byzantine maze of bureaucracy.

The process of updating the old and failed science written into previous biological opinions began under the Obama administration.

Yet, the guidance and order to actually complete the opinions were issued by President Trump and his administration.

It is hard to believe anyone would argue the old biological opinions should remain given their failed results.

The days of large quantities of water being delivered to people under older rules were met with lawsuits and legislation to divert water to the Pacific. After it reaches the ocean, people are no longer a user.

This likely will remain the same argument for some special interest groups such as environmental groups posing as keepers of the environment and the politicians they own.

Unbelievably, they will argue to keep the old, failed science in play.

Meanwhile, these groups have gone out of their way to stop significant advancements in water storage from not only being built, but merely being considered.

Let it be known: these groups did not stop taxpayers from laying a single inch of new concrete to raise Shasta Dam. Instead, they stopped taxpayers from completing an environmental study to determine if raising Shasta Dam had any adverse impact at all.

Meanwhile, we have politicians who cried foul at voters denying the issuance of a $9 billion bond which included a fix for a major canal that conveys water throughout the eastern side of the Central Valley.

One year later, some of the same politicians recently chose to set aside a bill that would have accomplished the same for $400 million.

We have Congress members who represent people and farmers in the Central Valley who while at home, tell us they will deliver more water to the Valley when they get to Washington.

Given the current President and administration has specifically made this promise, one would think this an easy task, regardless of party affiliation. It’s a promise they can surely deliver!

Hard to do when your Congressman sits on a committee who is investigating new biological opinions and the Department of Interior who will be delivering you more water, such as T.J. Cox (D–Fresno) and Jared Huffman (D–San Rafael).

Regardless of party affiliation, one would still think that delivering water to the people in your state would be a priority.

Yet, in the of Two States Californias and the age of impeachment, one would still be wrong.