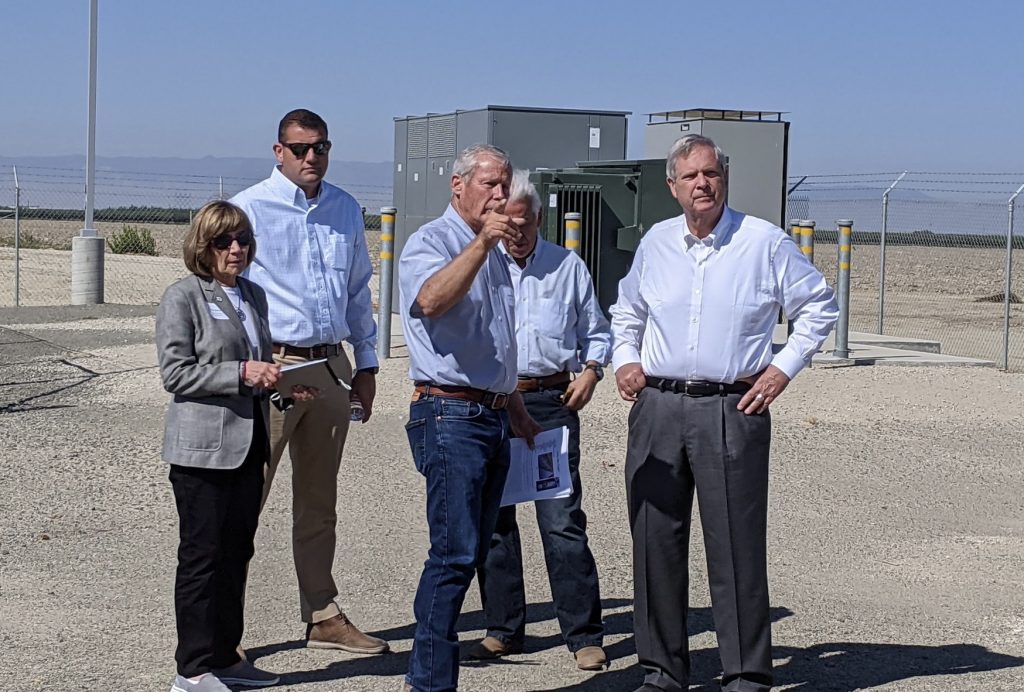 U.S. Secretary of Agriculture Tom Vilsack swung through the Central Valley on Thursday to tour a local farm and discuss the impact that the drought is having on the region.

“Agriculture here in the Central Valley – especially when you think about the water crisis – we’re truly struggling, and to be able to bring some attention to this is obviously important,” Valadao said.

After the tour, Vilsack spoke to the press and focussed the discussion on three main topics: the climate, President Joe Biden’s infrastructure deal and the Farm Workforce Modernization Act.

“I’ve been in California for a couple of days, and it’s fairly clear that when you have rising temperatures, you’ve got early snow melt, you’ve got low rainfall, you’ve got wildfires – it is a toxic mix for California agriculture and for that matter for all of American agriculture because of the role that California plays,” Vilsack said.

The head of the United States Department of Agriculture pointed to various funding sources that the federal government is making available to help states affected by drought.

Vilsack said Biden instructed him to establish an interagency drought relief working group with the Department of the Interior and create a $25 million fund to assist farmers in Oregon and northern California.

Biden also directed him to provide $41 from the Environmental Quality Incentives Program to help four states that are dealing with drought, including California.

When asked if he is working to help California build new water storage infrastructure, Vilsack said the USDA has not been focused on those projects, instead targeting small communities to improve their access to water resources through rural development programs.

“I think that’s why it’s important for the infrastructure bill and other bills that Congress may consider that’s going to provide resources to USDA with greater flexibility to be able to be creative about this,” Vilsack said.

The ag secretary continued to focus on the climate, saying that it will require a mindset change from both sides of the political aisle to come together and find a solution to the water crisis.

“I think what we’ve seen with the bipartisan infrastructure deal – I think what President Biden hopes continues is those who have been on opposite sides of issues understand that action’s required now,” Vilsack said. “We don’t have the luxury of disagreement in the face of what mother nature is challenging us with.”

A piece of legislation that has received bipartisan support is the Farm Workforce Modernization Act, which would provide a pathway to citizenship for undocumented farm workers.

The act passed the House of Representatives with a Democratic majority 247-174 vote, including Republican votes from Valadao and Devin Nunes (R–Tulare)

Vilsack urged the Senate to pass the bill, which he said will help mitigate labor shortages throughout Valley farms.