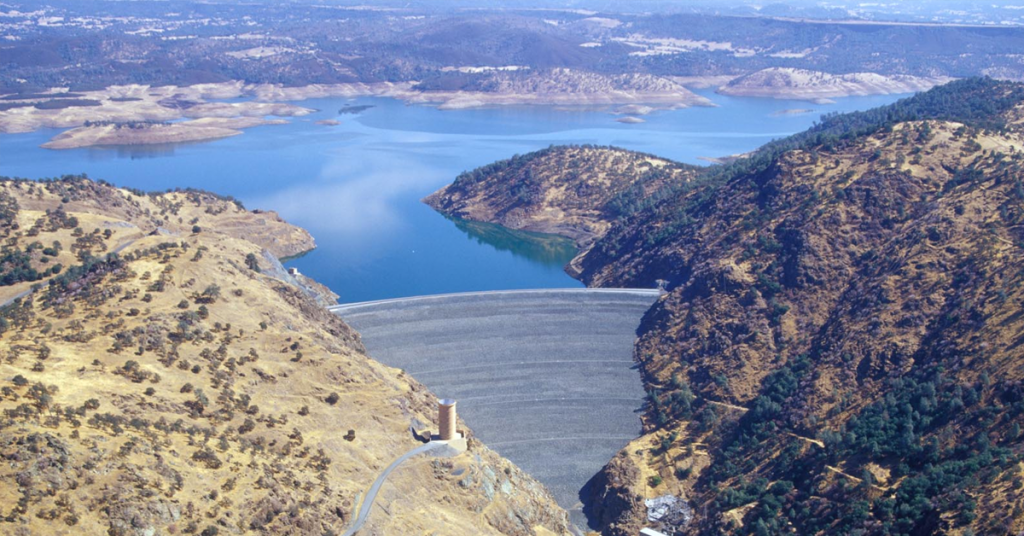 As farmers on the west side of the San Joaquin Valley struggle to irrigate crops and weather an ever-worsening historic drought, a bit of relief could be on the horizon courtesy of farmers in the north Valley.

But it could be all for naught if Federal water managers don’t sign-off.

The deal, valued at $400 per acre foot or $40 million, utilizes water sitting in New Melones Reservoir. Due to troubling water conditions this winter, the deal – which was first approached in the early Spring – was delayed after a devastating snowpack report.

For the pair of north Valley water districts, a drought-era transfer like this was once routine. Now, perhaps no longer.

Currently, the two districts have 200,000 acre feet of water available for use.

“It’s a dry year and everyone’s short,” Oakdale general manager Steve Knell told The Sun on Wednesday. “We’re taking 70,000 acre feet of that 200,000 to meet our current needs this year.”

After hopefully disbursing 100,000 acre-feet to westside Valley farmers, Knell said Oakdale and SSJID hope to preserve the remaining 30,000 to 35,000 acre-feet for the upcoming water year.

He summed up the districts’ approach to dealing water succinctly.

“We got water? We try and get rid of it,” Knell said. “Obviously those that know us will come to us in times of need and ask ‘You got any water this year?’ And we’ll do everything we can to move it.”

He said the change of tune in handling of water transfers comes on the heels of a drastic shift by Reclamation during the last drought, running roughly from 2012 to 2015.

“The Bureau has been very good about moving that water since 1998,” Knell said. “They had a realization during the last drought, as the Bureau had no water in New Melones. You had 2.4 million acre-feet of water and the only water that was left in there was our contract water that we have with the Bureau.”

Knell said that Federal water managers planned on releasing the districts’ controlled water in the reservoir to meet environmental fisheries flow requirements on the Stanislaus River.

It opened a dispute between the pair of water districts, Reclamation, and the National Marine Fisheries Service over how to handle the Feds’ environmental needs.

Ultimately, the districts agreed to cut back water supplies to their respective memberships to enable Federal water managers to meet environmental quality needs for fisheries.

Despite the push, it didn’t exactly work as swimmingly for the fish, as the lack of cold water pool in New Melones Reservoir undercut operations to improve fish populations on the Stanislaus.

“The fish didn’t fare well,” Knell said. “But at least we made an attempt to save the fisheries.”

The ultimate price of drought, Knell acknowledged, is making a few sacrifices.

“In some droughts, you gotta hold your nose and do things.”

“[Reclamation] has realized that Melones is an over-allocated reservoir and have, for a lot of reasons, over-allocated their water to meet environmental concerns to the detriment of long-term storage,” he said. “And they’re recognizing that they’re running out of water periodically and will continue to do that because you can’t generate any more.”

For his part, the local water chief said that – though there are built-in incentives for Federal officials to block a hefty water transfer to west side farmers – he doesn’t believe that ulterior motives are driving decision-making.

“I don’t like to think that they impede our ability to move water our of the basin,” he said of Federal water officials. “Because anything we can’t move, they get at the end of the year at no-cost. They’re a big benefactor when we don’t move water.”

Knell said that the pair of districts will leave 50,000 to 100,000 acre-feet behind annually when it is unable to use or move water. That water is assumed by Reclamation for its own uses.

But, as he even noted, water demands for environmental uses – including fisheries flows – are dictating terms in their basin.

Currently, Federal water officials have drastically boosted the flow of water out of New Melones Reservoir into the Sacramento-San Joaquin Delta to meet environmental mandates regarding salinity and outflow to the Pacific Ocean.

“Those flows right now would be 150 [cubic feet-per-second],” Knell said of typical water flows from the dam. “Flows in the river right now are at 1,500 cfs. That’s 10 times the amount of water to meet fisheries flows.”

He noted that the draining of New Melones is being balanced by reduced flows from three other dams – Shasta, Folsom, and Oroville – which are typically tasked with the heavy-lifting for Delta environmental mandates.

Potential restrictions and redirection of water for environmental purposes by Federal water managers, Knell said, threatens what he described as the three legs of the water stool: environment, health and welfare (or municipal use), and agriculture.

“This is the head-shaker,” he said. “We’re only satisfying the two legs of the stool – the environment and the health and welfare needs of our cities – but I don’t understand why agriculture isn’t an essential operation in the State of California.”

The window for water to move between New Melones and westside farmers via the San Luis & Delta-Mendota Water Authority opens on July 1.

The two sides are set to meet again on Friday.

The Bureau of Reclamation declined to comment on the current situation related to the Oakdale/SSJID water transfer request.

“For agriculture this year, it’s very important that we move some water around this state to protect and benefit those that produce food and fiber in our state,” Knell said. “They are just as important as ‘health and welfare.'”

“Agriculture in the Central Valley is our health and welfare. If we don’t have Agriculture then we don’t have jobs, we don’t have people working, and we will see food lines on the westside from disadvantaged communities eating canned peaches from China.”