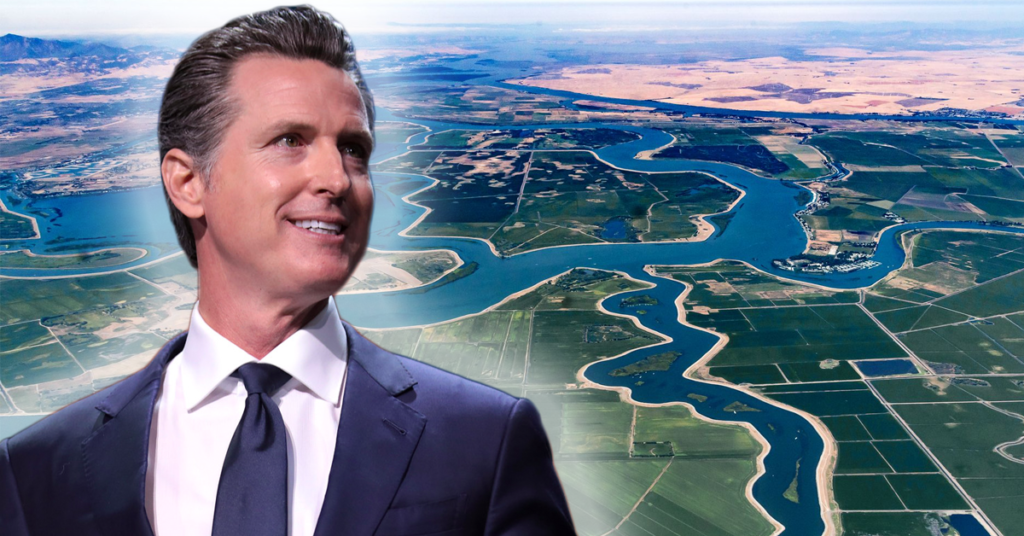 Gov. Gavin Newsom’s sidestepping of a bureaucratic formality has caught the attention of California lawmakers in Washington who are demanding he declare a state of emergency over the severe drought conditions affecting the entirety of the Golden State.

“It is not a secret that we find ourselves dealing yet again with a major drought,” the Republican delegation wrote. “It is imperative we do all we can as elected leaders to ensure our constituents, and the communities they live in, have access to the resources they need ruing this time, namely water.”

The call for an emergency declaration comes after several months of very low water allocations.

Last December, the California Department of Water Resources allocated 10 percent of the requested water for 2021. In February, the Bureau of Reclamation dolled out its allocations for Central Valley Project contractors.

South-of-Delta water contractors were given five percent of their contracted supply.

In March, the Department of Water Resources decreased its allocation to five percent, and the Bureau of Reclamation announced that the five percent allocation for South-of-Delta contractors was not available.

“The disappointing allocation announcements are incredibly alarming as this news not only negatively impacts water used for agricultural purposes but also communities that do not have access to clean drinking water,” the Congressional Republicans wrote.

“Securing a reliable supply of water continues to be one of the Central Valley’s greatest challenges. We must grow our water infrastructure to meet California’s growing needs and make significant investments in building new reservoirs and expanding those we already have. With now substantial storms in the forecast, we do not know when this situation will get better. Something needs to be done. A state of emergency declaration would provide flexibility and maximize efficiency as we use our water.”

The delegation pointed to the decision from Tom Vilsack, the US Department of Agriculture Secretary, to designate 50 California counties as primary natural disaster areas due to the drought. While that designation provides relief for farmers with emergency loans, the Republicans argued that the state needs more help.

“In order for all of us affected by this critical situation to get through it, we need the state government to be willing to help out as well,” the group wrote to Newsom. “We cannot rely on the federal government alone. In 2014, during another horrendous drought, Governor Jerry Brown proclaimed a State of Emergency and, among other things, directed officials to assist farmers and communities negatively impacted by the drought.

“It was an emergency then and it is an emergency now. Please step up to the challenge and provide this designation so our farmers, agriculture workers, and communities can have some certainty and stability in an otherwise tumultuous and scary time.”

Along with the Republican delegation’s call for a state of emergency, Congressman Jim Costa (D–Fresno) also feels that the current situation is an emergency and directly appealed to Newsom to make the call.

“Yes, it is an emergency,” Costa told Sunday Morning Matters when asked about the drought. “We measure rainfall on 10 year averages. I spoke to the Governor about this last week. I said, ‘We’ve got a number of plans that we’ve used over the last three droughts we’ve had in 12 years.’ I said, ‘You need to dust those off and figure out how we go forward and implement them.’

He said, ‘I’m doing just that, Jim, and we need to work together.’ And I’m urging him to declare drought declaration status, because it moves in the chain an ability to do other things. And it also accentuates the fact that all Californians are going to be impacted by once again a dry period that impacts our Valley, our agriculture, our way of life and every other aspect that California deals with, including our fires.”

However, Newsom has been resistant to declare a state of emergency over the worsening water supply issue.

During a Tuesday press conference, he noted that there were a number of executive orders drafted on water availability that he had not yet signed.

“We are mindful of the urgency – of the anxiety as it relates to now entering the second year of drought,” Newsom said of the current conditions, but punting on a formal declaration. “We will be very, very forthright if we make a determination of a drought emergency.”