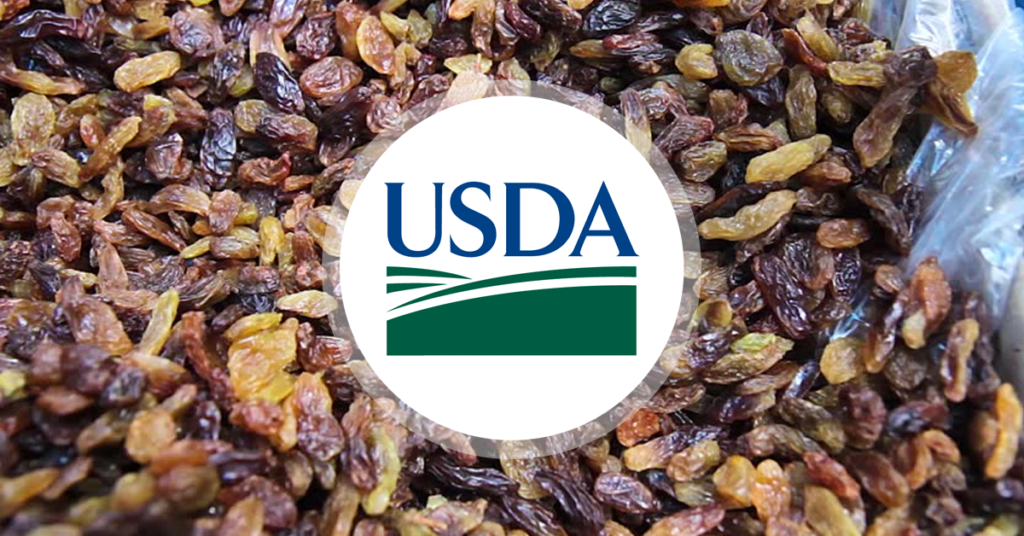 The U.S. Department of Agriculture announced it is re-launching its program to purchase $15 million worth of excess California Raisins from growers and packers for food assistance and school lunch programs.

The program, announced last week, is serving as a political football amid an international trade fight.

“[Raisin handlers]… must manage this surplus in a market already saturated by imports. U.S. raisin imports increased by 164% this past year and displaced California raisin sales in the process,” the letter reads. “At the same time, uncertainty over trade has made selling in foreign markets more difficult…”

However, the USDA’s most recent authorizations for its raisin purchase program were in 2017 – less than two weeks after Trump was inaugurated – and 2016, under the Obama administration.

Following World War II through 2015, the Federal government seized a portion of raisins from growers to stabilize supply and prices as part of the National Raisin Reserve.

However, the U.S. Supreme Court found the Reserve to be unconstitutional.

Meanwhile, the USDA is currently implementing its market assistance program for farmers affected by the trade skirmish.