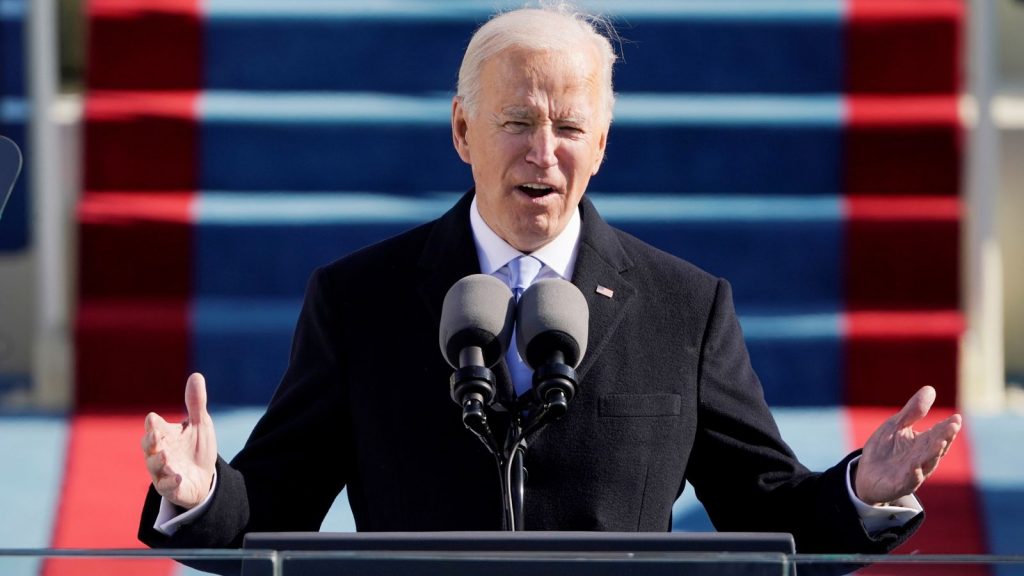 Not surprisingly, environmental groups such as the NRDC are acting like six-year-olds on Christmas morning.

The political trifecta was successful and advancing their agenda is certainly attainable. America First is out and America Must Support, is in.

In an NRDC Blog by Kate Poole, she quotes a survey completed by a pollster to measure the favorability toward the activists’ 30×30 Plan.

The survey was completed by ALG Research whose partner is John Anzalone.

You will quickly learn of the firm’s political stance as soon as you click onto their website.

The survey numbers can be found in the NRDC blog and elsewhere but what I couldn’t find were the materials handed out to the 454 registered voters before they were surveyed conveying supportive and opposing views.

This survey of 454 registered voters is now translated into, “More than 4 out of 5 California voters favor a plan to protect at least 30 percent of America’s land, ocean areas, and inland waters by 2030.”

Anzalone has an accomplished resume which includes being the Chief Pollster for Joe Biden, and former pollster for President Obama and Hillary Clinton.

From his bio on ALG Research’s website: “In the last two decades, John and his firm have helped beat more incumbent Republicans and take back more Republican seats than any other polling firm in the nation.”

First, the Global Assessment Report on Biodiversity and Ecosystem Service, by the UN (IPBES). The second, a report released by the International Panel on Climate Change (IPCC), called the Special Report: Climate Change and Land.

The actual goal is to protect 50 percent of the land and water but the 30×30 plan in the United States was led by states such as South Carolina, California, and Hawaii.

State legislation, policy, and or Executive Orders were sought in order to move the federal government in the same direction. Now, likely a moot effort as America is governed by one-party rule, as is California.

Democrats point to the success of the Obama Administrations, New Energy Economy, with investments in solar and wind, or “green technology.”

Californians can now point to solar and wind as well, when the lights are on.

Why the state experiences rolling blackouts – including one of the largest in state history last summer – could be a headline for a different story.

But, the lack of power to millions of Californians has more to do with inept planning and a lack of energy supply when people demand it most.

Solar panels cover thousands of acres in California, many of which grew food in the past.

Like humans, solar panels produce a lot less when the sun goes down.

Not to mention, much of the daytime summer sky over California was full of wildfire smoke in 2020.

Improper planning by the State of California is nothing new but regardless of necessary infrastructure expenditures being absent, the legislative agenda moves forward under one-party rule.

The result is people with no power.

The same lack of planning will be evident with Newsom’s Executive Order to ban gas and diesel automotive sales of personal use vehicles by 2035, and as many medium and heavy-duty vehicles as feasible by 2045.

When signing the order, Newsom stated, “Pull away from the gas pumps. Let us no longer be victims of geopolitical dictators that manipulate global supply chains and global markets.”

I’m glad to break the news to the Governor, but President Biden did exactly that with the stroke-of-a-pen his first few days in office.

No one can argue or debate the fact we are moving from being an energy independent exporter to being an energy dependent country. We have been here before and we will now once again depend on other countries, some who aren’t exactly friends of America.

With the stroke of a pen, America was needlessly and foolishly forced into a weak position and American jobs became American unemployed.

The demand for energy will not change. Where it is derived, however, will.

The disinformation age didn’t allow for facts such as the United States seeing the largest decrease in carbon emissions of any country in 2017, or factual reports that emissions continued to drop more than previous years.

Facts seem to be a thing of the past much like high schools with the name Washington or Lincoln. But it appears actions actually taken with a pro-America attitude did far more for the environment than signing onto Climate agreements the past three decades.

It would also appear that a pro-America attitude cannot possibly be in line with the needs of redistribution of wealth, social justice, and equality. Or should I say, equity?

Here is another fact: They do need America.

It seemed imperative we join the Paris Climate Agreement, didn’t it?

Joining the Paris Agreement was one of the very first things completed by newly elected President Biden. This is an agreement signed by fewer than 200 countries to keep global temperature increase below 2°C and if possible, below 1.5°C.

The agreement was completed in December of 2015 and took about two weeks to finalize.

Its roots date back to a 1992 treaty called the UN Framework Convention on Climate Change. Some signors of the agreement are purely symbolic – such as Syria.

Some on the other hand – like as China and India – are designated as “developing countries” under the Paris Agreement.

This is significant for several reason which include: There are no penalties for developing nations if they do not achieve their climate targets.

More importantly, developed nations such as the United States, will provide funding and technical support to them.

President Biden claimed there would be no new taxes on people making under $400,000 per year.

Under the Paris Agreement, the American middle class will now be sending their money to countries like China to help with their climate issues.

China is a “developing nation” developed enough to fly military aircraft into Taiwanese airspace and according to the Wall Street Journal, “is the only major economy expected to report growth for 2020.”

Folks involved with American agriculture should know it has been said that the Paris Agreement targets are impossible to reach without agriculture’s contribution to emission reductions.

Agriculture is in fact at the center of the Paris Agreement.

So far, we have heard general information from President Biden regarding agriculture, such as a plan to plant more cover crops and fallow more ground.

I’m sure that sounds refreshing to a population of hungry people.

Cover crops are great as long as we have water that is affordable, or water at all.

At some point, someone might ask what we are going to eat when fields are covered in non-edible crops or weeds.

Worse, as American farmers age and tire, who will grow our food in the current climate is a topic few want to discuss.

This is a climate where the agriculture industry and farmers are treated as a planet destroying crew of unskilled laborers.

I’m sure young people looking forward to a career in agricultural operations can’t wait to experience that: a place of work where industry workers are falsely misrepresented by power hungry politicians who artificially take it upon themselves to be the voice of the people.

Politicians who carry that claim not by touring miles of farmland during the summer talking to employees but instead are given that mantle after a visit to a union office which represents very few actual workers.

The third generation, unbelievably skilled worker, whose grandfather worked on the same ranch for years probably wouldn’t appreciate a voice from one of our homeless and drug infested cities.

While Democratic pollsters create an advantageous information feedback loop for their chosen candidate, politicians, and environmental groups to forward their agenda, the reality is that millions of people only agree because the machine keeps turning.

After all, China is a “developing nation,” a nation that has – and will continue – to paper over our farmland with its own manufactured solar panels.