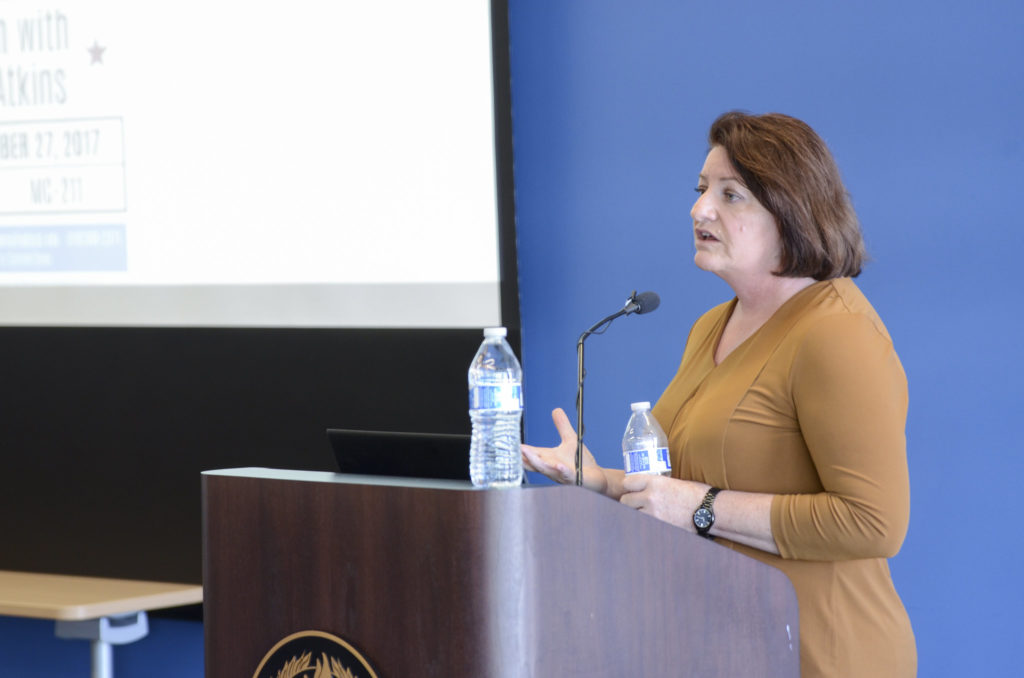 But I bet that recollection comes from you rolling up to the gas station. In 2017, the legislature’s passage of Senate Bill 1 led to higher gas prices in the form of a gas tax hike.

But there is a new Senate Bill 1 working its way through the halls of power in Sacramento. And it positions itself to be far worse than the last one.

The bill is titled “The California Environmental, Public Health, and Workers Defense Act of 2019.”

For California lawmakers, it is an effort to continue a crusade against a Trump-led Federal government, aided with a forced “California versus Trump” narrative.

For California taxpayers and business owners, it will be be devastating.

For weeks, headlines have forecasted a wave of so-called “Trump rollbacks” over changes in Federal environmental and water policy. Consider them a pre-emptive strike against plans to change the status quo on those fronts.

Senate Bill 1 details how California has relied on Federal laws to lead the way on issues such as the environment, public health, and workers’ rights for nearly four decades.

Those statements come right before they begin a complete tear-down of Federal law.

Apparently, the State of California is entering their own “roll-back” program. The hope? To return to a time when Federal law was untouched by the Trump administration

This legislation authorizes “a person acting in the public interest” to enforce standards and requirements related to air, water, environment, workers’ rights, and workers safety.

Just to clarify: “person acting in the public interest” in anyone. And the enforcement can be brought through a suit.

You heard that right: Anyone.

The bill’s text provides: “Beginning in 2017, a new presidential administration and United States Congress have signaled a series of direct challenges to these federal laws and the protections they provide. As well as the underlying science that makes these predictions necessary, and to the rights of the states to protect their own environment, natural resources, and public health as they see fit.”

It would appear the State of California is protecting us from the Feds, wouldn’t it?

But is this the whole story? No.

In regards to water, the “underlying science” they refer to is the same science that sends millions of acre-feet of water to the ocean, causes higher cost for water, and has delivered zero positive results.

It has, however, decimated fish populations in the Delta.

Unmentioned is the fact that the so-called “old science” has been replaced by new scientific studies that involve real-time monitoring, new non-flow conservation measures, and better cold water management for fish survival.

The simple reality is that Senate Bill 1’s authors have little-to-no interest in progress.

This is a simple political maneuver, plain and simple. Another tit-for-tat against “big, bad Trump.”

But, more importantly, it is intellectually dishonest.

When it comes to the ever-heated water war, it should be noted that reinitiating talks on cooperative agreements and updating biological opinions did not start with President Trump. The effort was reinitialized by President Obama and his administration.

It’s rare to catch a story that denotes that fact.

Make no mistake, if Senate Bill 1 is signed into law, it will negate the millions of dollars and hours put into cooperative operating agreements between California and the Federal government on water management and biological assessments that will form the governing biological opinions.

It also jeopardizes the conservation and fish habitat protection efforts of the largest statewide coalition of water user in the form of voluntary agreements.

Senate Bill 1 ultimately would serve as a victory in mirage. In the end, its results would simply be the status quo: continued water flowing to the Pacific Ocean and zero effort to build new water infrastructure.

Perhaps one group will appreciate the law: the lawyers who chase environmental lawsuits instead of ambulances.