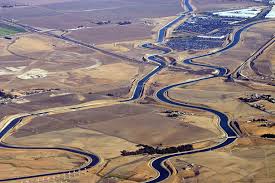 Where are we going to get the additional water we need?

California is home to the world’s greatest infrastructure in water capture and delivery. Two major projects, the State Water Project operated by the state, and the Central Valley Project, operated by the Federal government, both have their own purposes while being shared to serve the needs of people, agriculture, and the environment.

The State Water Project (SWP) delivers water to over 27 million people and irrigates about 750,000 acres of farmland. On average, 4.2 million acre-feet of water flows through the SWP.

The Central Valley Project (CVP) irrigates more than 3 million acres of farmland. Its storage capacity is over 11 million acre-feet of water.  Its waters reach 35 of 58 counties in California and delivers around 600,000 acre-feet to people and business (also known as municipal and industrial).

Reservoir storage is well over 18 million acre-feet of water in just the major dams, according to the California Department of Water Resources.

The state’s six largest reservoirs hold well over 80% of their average for this time of year with some well over 100%. This is undoubtedly great news compared to years such as 2014 and 2015.

Regardless of snow surveys, snowpack, rainfall, and reservoir storage, some misconceptions never seem to change.

Among them, how the word “drought” in itself seems to take on different meanings.

When California’s drought was declared over a couple of weeks ago, it remained relevant by some in the media by using it to define the condition of groundwater aquifers.

Regardless of the conditions, millions of acre-feet of water are flushed to the ocean annually beyond what the state of California’s latest science says is needed for successful fish and wildlife habitat and restoration.

During very wet years, such as this year, reservoirs reach a point that additional flows cannot be stored. Flood releases from dams were recently flowing through bypasses across the Central Valley making their way to the ocean.

This is done with the expectation that later snowmelt will require a place to settle without flooding millions of people.

All of this comes as three realities set in: First, that conservation is not some temporary fix, but quickly becoming a way of life.

It is reported the average person uses from 80 to 100 gallons of water per day. Law signed by Governor Brown will have folks in California realizing what it takes to make do with 55 gallons per day, eventually to 50 gallons per day by 2030, inside your home while state regulators will inform us what we can use on our landscaping. Conservation being a way of life is not just a feel-good phrase. In California, it is law. For the purposes of water conservation and drought planning, the 2018 California legislature passed and Governor Brown signed both SB606 (Hertzberg) and AB1668 (Friedman).  In a state that requires millions of acre-feet of water we are apparently going to solve our problems by saving millions of gallons.  No matter the math or formula one wants to use, we will not conserve our way out of either a drought caused by mother-nature or man.  We will not conserve our way into a problem free future as it relates to water supply. California has a population of around 40 million people.  Those 40 million people use about 10% of the state’s water supply without any restriction. Regardless of the cost of their water, they will never conserve enough.

Second among the realities, more than one million people do not have access to clean water.

New ideas from Sacramento to solve our water woes are obvious and readily found.

The State Water Resources Control Board has voted to transfer more water from people to the ocean, from the San Joaquin River, and will likely do the same from the Sacramento River.

Governor Newsom is working to have the legislature pass a state-wide water tax.

While people in every city and town will pay more for water if they aren’t already, California agriculture will continue to be under assault on multiple fronts.

Does taxing millions of people or restricting or levying fines to agriculture until we must rely on foreign food, produce a drop of water? Nope.

And last among the realities, environmentalists continue oppose new dams and dam expansion and desalination.

Examples are Temperance Flat, Raising of Shasta, and desalination investment in El Segundo.

The Public Policy Institute of California says the state’s population will reach 44 million by 2030. Apparently, we better start filling buckets or pray that higher taxes will supply those additional people with water.

Political ideology has made this an issue that has pitted people against industry, defined communities by socioeconomic class, and is resulting in picking winners and losers.

This is absolutely unnecessary. Conservation and recycling where possible are the right thing to do, but buckets sadly will not fill lakes.