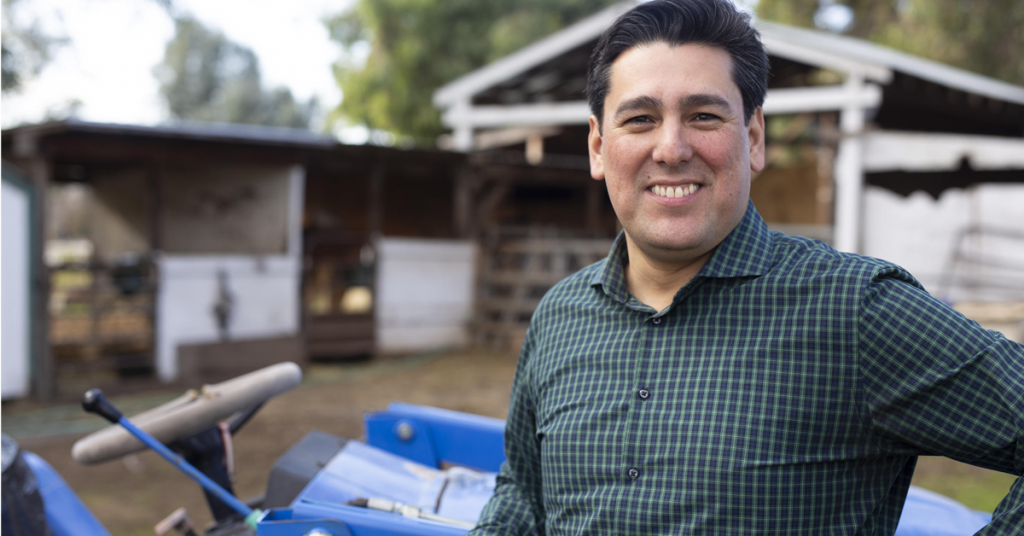 One would think an attempt to become a member of Congress would be taken seriously.

You would think your personal stance on every issue would be clear, that you would be professional when engaging the public or mentioning your opponent who happens to be one of America’s most cherished members of the House of Representatives.

And you would think that in the breadbasket of the world, you could easily find an actual farmer or rancher with skin in the game to talk about agriculture and water in your ad, instead of a retired school teacher and progressive political activist.

Not Phil Arballo, who is running for California’s 22nd Congressional district held by an American hero, Rep. Devin Nunes (R–Tulare).

From an agricultural point of view, it is admittedly an uphill battle for Arballo.

Understanding this, it is even more shocking of his lazy and dishonest attempt to connect with the Central Valley’s Ag community.

On issues related to agriculture and the Valley’s most important resource, water, all we know is Phil Arballo used Randall Witt in a campaign ad dubbed “Clovis Ranch Owner, Randy.”

According to “Randy’s” Facebook biography, he is a self-proclaimed progressive Democrat, active at Planned Parenthood, and volunteered for the Janz Campaign.

We remember Andrew Janz, who failed at a well-funded attempt to oust Congressman Nunes and more recently failed to become Mayor of Fresno.

Looking back, I do believe Randy could have helped Andrew with his Western attire, but too late for that.

It is possible that Randy has a ranch, maybe even a horse or two. It is also possible he has rented a cow suit in the past four years.

If you follow Nunes on social media – Twitter in particular – you will quickly find you are visiting a virtual petting zoo with the radical left who talk about cows and take the time to actually type sounds that animals make.

Apparently, it is much easier to type MOO than it is to intelligently and respectfully discuss any issue.

But that is today’s radical left – a cornucopia of mindless bots.

One thing is certain: Randy the Clovis rancher is the first rancher or farmer I have ever heard say, “I’m going to take every opportunity I can to protest Donald Chump’s policies. I don’t think I agree with a single one.”

This quote was recorded in a story by KFSN on Feb. 2, 2017 titled, “Dozens of people protest outside Congressman Nunes office in Clovis.”

Interestingly enough, they were protesting the then temporary travel ban put in place by President Trump resulting in him, Congressman Nunes and most Republicans being labeled Islamophobic, xenophobic, and racist.

The same divisive labels used by the radical left when a ban on travel was placed on China for its responsibility in manifesting and distributing coronavirus worldwide.

It should be noted there have been sightings in the past of people in cow suits outside of Congressman Nunes’ office and other events.

These are the same events the radical left claims he never holds, I can tell you he does because I’ve attended them; though with Wranglers and a button down, not a cow suit.

Yet, these are the people who Phil Arballo is counting on.

According to Arballo’s plans for resources and green energy, we will be replacing fruits, nuts, and vegetables with solar panels, wind turbines, and electric car charging stations.

Not that he goes into much detail on any topics of substance but we know the playbook well, it’s the same one handed down from Nancy Pelosi.

It’s also the reason Phil Arballo can’t deign to think or discuss any policy in detail.

His supporters don’t care and the rest of us don’t find it necessary because we already know what to expect: higher taxes, more regulation, an end to family farming, and the wholesale conversion of the Central Valley into a North American Sahara desert.

Led by party leadership, Arballo would continue the next round of Russian hoaxes, and keep our lives and the economy on lockdown.

Surely, the last thing the Central Valley needs is our own version of Adam Schiff – especially when you can see the other one en route to Disneyland.

While Arballo has used his campaign time to support so-called “peaceful protests” and advocate for defunding of law enforcement, Nunes has worked tirelessly to uncover one of the biggest scandals in American history.

While Phil Arballo summarizes Central Valley water and air as outlined in the Green New Deal, Nunes has led the charge to ensure President Trump delivers more water to California farmers and communities.

The results speak for themselves.

Thanks to sound Federal policy, more water is being delivered to farmers and families because regulators are relying on cutting-edge scientific methods to guarantee greater supply for the communities south of the Delta.

The Valley has Nunes to thank for making water an absolute priority.

We also have Trump to thank for putting the right people in place to properly manage our water.

The only thing that can be argued anymore is whether you want Central Valley agriculture to thrive or not.

Plans to return thousands or millions of acres of the most fertile land in America to the desert it was centuries ago would kill not only an industry, but end our ability to feed ourselves and the world.

I’ve said it numerous times, the Central Valley’s ability to feed our people is a matter of national security. Period.

The novelty of a Green New Deal will quickly fade when national hunger pangs begin.

That’s why the 22nd Congressional district has to get it right. It’s why they’ve continued to send Nunes back to Washington.

We need someone who can discuss biological opinions, coordinated efforts between the Central Valley Project and State Water Project, and pursue infrastructure that delivers, for example.

We do not need someone whose top priority is surrendering to radical environmentalists before setting foot in office.

That’s why America expects a return of Devin Nunes.

In the case Phil Arballo, his campaign, or Randy the rancher are wondering, I don’t have a horse.

But I have managed thousands of food and fiber producing acres over two decades throughout Central California. I also reached out to both of them with no reply before writing this article. Central Valley agriculture is a serious matter.

Adding a cowboy hat and jeans while mentioning the word, “water” isn’t enough and following the most radical agenda in U.S. history is too much.