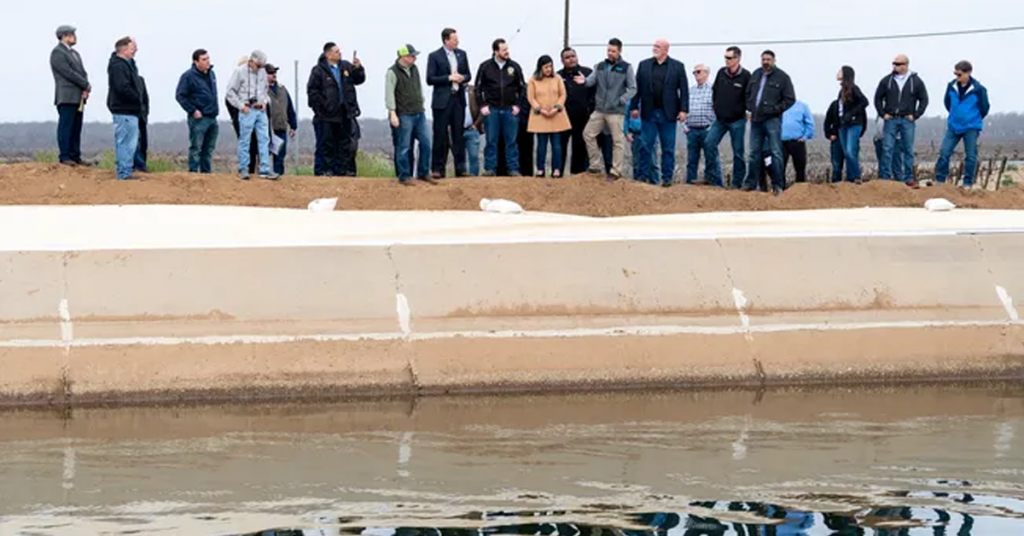 In domino-like fashion, environmentalists rendered their verdict on a key water bill hoping to improve water deliveries to the poorest communities in the San Joaquin Valley along with help boost food production.

The bill, Senate Bill 559, led by Sen. Melissa Hurtado (D–Sanger) is part of a multi-pronged effort to fund fixes for California’s south-of-the-Delta water arteries – the California Aqueduct, Friant-Kern Canal, and Delta-Mendota Canal – that have suffered years of declining capacity due to subsidence.

Hurtado’s bill is seen as one leg – of three – to fund subsidence repairs for three major arteries of California’s water system. The other two-thirds are being cobbled together via a companion Federal bill led by Rep. Jim Costa (D–Fresno) and direct funding from water users.

But the effort is coming under assault from environmentalist lobbies arguing that, despite significant need in disadvantaged communities on the west-side of the San Joaquin Valley, from Mendota to Kettlemen City, and eastern Valley communities hit hard by the last drought, the benefit to farm production is a bridge too far.

It’s handing budget negotiators in the California State Legislature an opportunity to pare back the region’s ambitions of repairing badly-damage water delivery systems.

Among the complaints tendered in a letter to Hurtado by the Audubon Society and Defenders of Wildlife is the fact that the bill specifically outlines the projects and dollar amounts dedicated to each project, stripping state water officials of any spending autonomy.

The pair of environmental groups argued that Hurtado’s bill “should be amended to excise reference to specific dollar amounts and direct the department or another state agency to develop a financing program that incorporates the multiple roles envisioned by the Water Commission.”

The problem? Valley water projects have had a miserable track record at securing financing through California’s Water Commission, especially from the state’s 2014 Proposition 1 bond funding.

Meanwhile, the two groups along with the Sierra Club launched a key attack on the bill, arguing that state lawmakers shouldn’t authorize funding for repairs on the Federally-managed Friant-Kern Canal, as it violates the so-called “beneficiary pays principle,” a non-binding practice of financing water infrastructure through private user payments.

However, opponents are silent on the bill’s proposed spending for improvements to the Delta-Mendota Canal, a separate canal system tied to the Central Valley Project.

Amid the complaints from environmentalists, California legislative budget negotiators have proposed $200,000,000, spread out of over two years, for water conveyance repairs in the so-called “junior budget bill” set to be approved on Monday.

The line-item is seen as an end-run around Hurtado’s bill while at a fraction of the cost, while meeting the demands of environmentalists by handing spending authority to the Department of Water Resources.