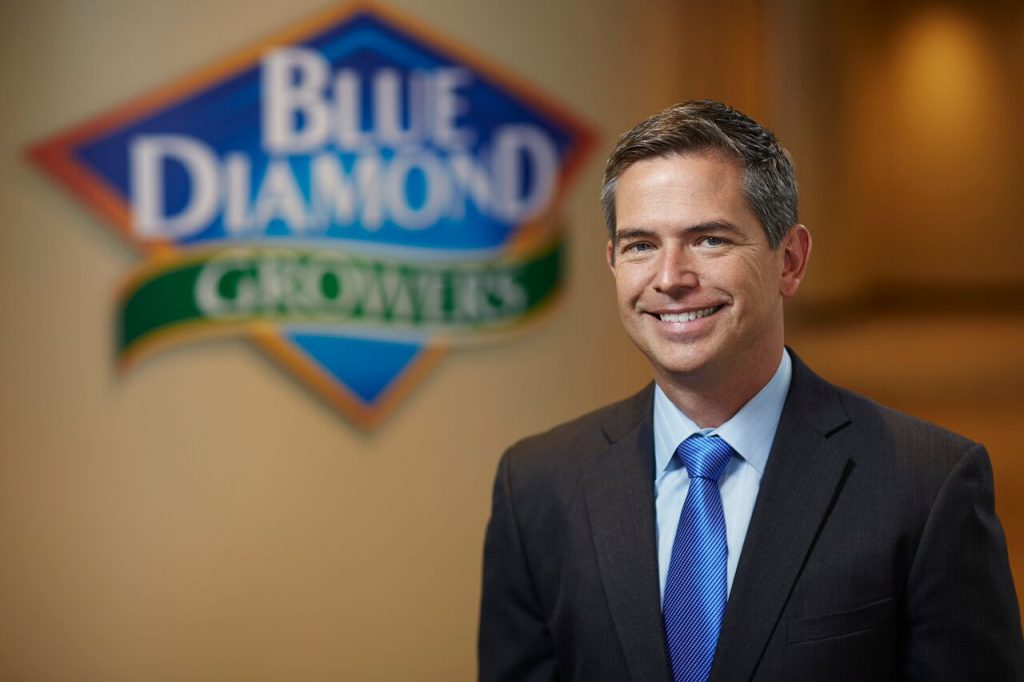 Blue Diamond Growers is on the hunt for a new CEO.

The grower-owned cooperative that represents around 3,000 almond growers in the Golden State, announced last week that longtime CEO Mark Jansen is stepping down from the role that he assumed in September 2010.

Jansen said in a statement that he believes Blue Diamond is well-positioned for future growth, making the timing right for him to step away.

“Together, we have been fortunate to accomplish what we committed to do – and more,” Jansen said. “Helping the great people of Blue Diamond thrive has been an honor and privilege.”

During the 12 years under Jansen, Blue Diamond opened a new 200-million-pound manufacturing facility in Turlock, expanded into five new almond product categories and created a global network of licensee partners for Almond Breeze.

“Mark promised us 10 years and gave us 12, and we greatly appreciate his significant contributions to all the stakeholders of Blue Diamond,” said Dan Cummings, Blue Diamond Chairman of the Board.

“Under Mark’s leadership, Blue Diamond has transformed into a leading $1.6 billion global branded business and one of the most consistent and fastest-growing food and beverage companies in the world. He has built an incredibly strong and experienced executive team that has delivered healthy year-over-year revenue growth resulting in increasingly superior returns to our grower-owners.”

Cummings said the board has established a CEO succession committee and is working with Egon Zehnder, an executive search and leadership advisory firm, on a nationwide search that is open to both internal and external candidates.

“Blue Diamond is a growth company by choice, driven in large part by a complete dedication to a single ‘good for you’ product, vertical integration, extensive partnerships and a continual investment in marketing and innovation,” Cummings said.

“This is a phenomenal leadership opportunity for the right executive who shares our strong values and commitment to our loyal growers, employees and customers.”

Jansen will stay on with Blue Diamond until a new CEO has been picked and will support the search for his successor.

“The Blue Diamond Growers co-op knows how to get almonds from growers’ farms to families worldwide better than anyone,” Jansen said. “We’re growing with an accelerated focus on sustainability and a continued commitment to giving back to the stakeholders we serve. As it was for me, this will be a great opportunity for the next CEO, and I look forward to supporting our board, growers and work family throughout this transition.”