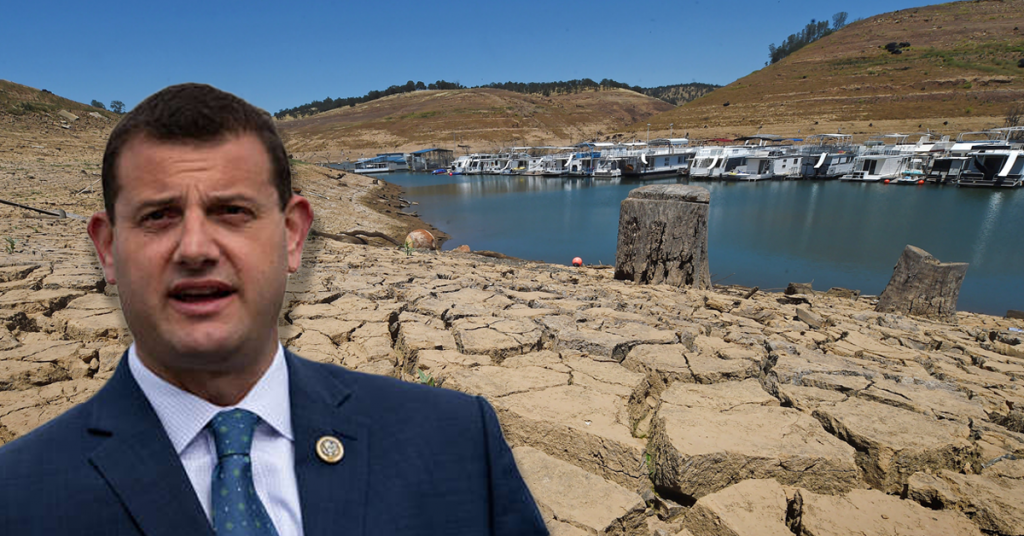 As California plunges deeper into historic drought conditions and Valley officials stare down worst-case-scenario options, one local lawmaker is making moves to tackle the short and long-term issues tied to the region’s water woes.

Thursday, Rep. David Valadao (R–Hanford) is set to unveil a new piece of legislation aiming to coordinate varied issues tied to the on-going drought along with must-pass legislation to advance progress on development of water projects across the western United States, including the San Joaquin Valley.

The bill, dubbed the Necessary to Ensure Expeditious Delivery of Water (NEED Water) Act, seeks to tackle immediate water needs as California and Federal water officials have halted water deliveries while also building off of five years of progress on long-term goals.

The guidelines, known as biological opinions, were the first update to the environmental rules for the Sacramento-San Joaquin Delta in more than a decade.

The change in rules enabled Federal water managers more flexibility and discretion in pumping decisions, arguably allowing more water to flow south of the Delta, courtesy of real-time monitoring of conditions on the Delta.

As part of the strict contract compliance requirements, the bill enables those contractors to make their water available to other users via voluntary transfers.

In the short term, arguably the most important element of the proposed legislation is to serve as a counterweight to growing worry that State of California water managers – who control flows to Valley and Southern California water users via the State Water Projects – will overreach in water conservation efforts for environmental purposes.

The bill provides that U.S. Bureau of Reclamation managers can capture and provide additional water supplies from the Delta to State Water Project users if California water officials strictly apply the state’s version of the Endangered Species Act and continue to halt delivery of water supplies to their users.

In the long range, Valadao’s bill opens the door to fast-track much-needed water projects across the Golden State that aim to boost supplies for Central Valley Project and State Water Project users.

And, perhaps most importantly, Valadao’s drought relief bill incorporates a piece of legislation he proposed earlier in the year: the Renew WIIN Act.

The WIIN, or Water Infrastructure Improvements for the Nation, Act served as a breakthrough of sorts amid a 15 years of heavy Federal restrictions on a number of key fronts.

Approved in the waning days of the Obama administration, the WIIN Act enabled the incoming Trump administration to initiate new environmental review on pumping water from the Delta and generate fresh biological opinions (which Valadao’s new bill seeks to codify) among other priorities related to water delivery in the region.

The law also opened the door for water storage and infrastructure projects, including the hotly-contested raising of Shasta Dam. All told, the WIIN Act authorized $335 million in spending on water storage projects in the Golden State.

However, state water agencies – including California’s Fish and Wildlife Service – have similarly requested conversion of their contracts with the U.S. Bureau of Reclamation.

Valadao push comes ahead of closed-door confab with Calif. officials

Valadao’s introduction of drought relief legislation arrives on the eve of a sit-down with some of the top officials governing water and agriculture in the state of California.

The confab, organized by Sen. Andreas Borgeas (R–Fresno), is set to bring a who’s who of water agencies, farm groups, along with Valadao, Rep. Jim Costa (D–Fresno), and nearly every state legislator from Stockton to Bakersfield to discuss current conditions and plans.