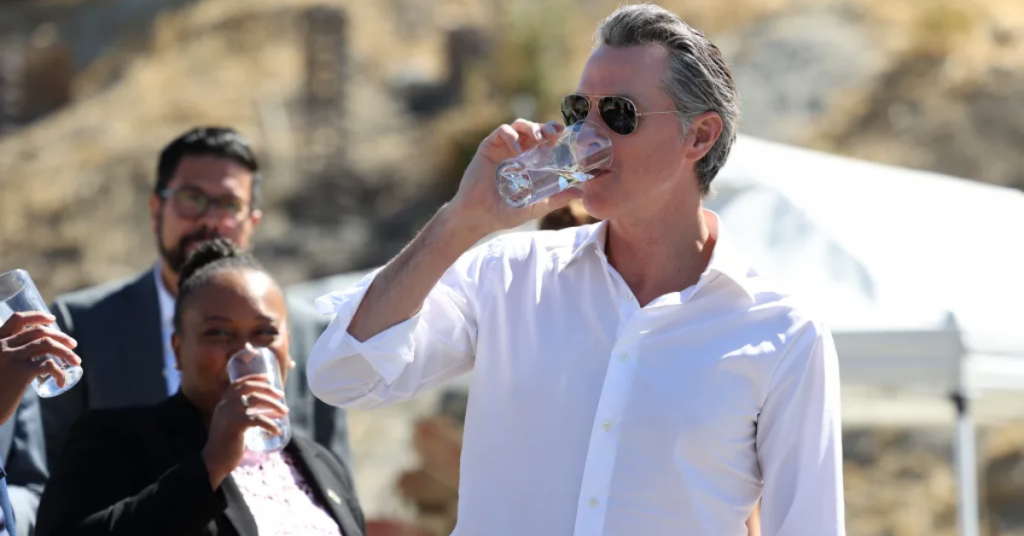 California’s State Water Resources Control Board has released a draft of its Racial Equity Action Plan opening the door for public comments, to conclude in mid-October.

The State Board is one of the more powerful bureaucracies within California’s sprawling government. The board members are unelected – appointed by the Governor and according to its website, “. . .  the five-member State Water Board allocates water rights, adjudicates water right disputes, develops statewide water protection plans, establishes water quality standards, and guides the nine Regional Water Quality Control Boards located in the major watersheds of the state.”

A quote on the Board’s website by Eileen Sobeck, Water Board Executive Director, “There could not be a more critical challenge facing us at this time than the challenge of achieving racial equity,” demonstrates the Board’s priorities in this time of drought.

Keep in mind the word equity is not synonymous to equality. The referral to equity used by the State Board is the same as used by Critical Race Theory and divides people according to their skin color as oppressors or oppressed. CRT is Marxist in origin and swaps out race for economics due to Communism’s inability to make headway in Western Capitalist society.

It was developed at the Institute for Social Research (Institut für Sozialforschung), an attached institute at the Goethe University in Frankfurt, Germany. The Institute was founded in 1923 and moved to Columbia University when the Nazis took power.

Last November, the State Board adopted Resolution No. 2021-0050 “Condemning Racism, Xenophobia, Bigotry, and Racial Injustice and Strengthening Commitment to Racial Equity, Diversity, Inclusion, Access, and Anti-Racism.” The resolution cites Black Lives Matter as inspiration and is packed with language like that on page five of the whereas section states, “California’s water rights system has been built on racism perpetuated by White Supremacy.”

And, the State Water Board acknowledges, “White supremacy is a systemically and institutionally perpetuated system of exploitation and oppression of nations and peoples of color by white people for the purpose of maintaining and defending a system of wealth, power and privilege.” The resolution also includes the murder of non-whites by whites and calls for staff to develop a Racial Equity Action Plan.

This raises a few questions like – should the State Water Board, a bureaucracy with board powers impacting rights and not just privileges, be drawing inspiration from the largely discredited and openly avowed Marxist Black Lives Matter (and the revisionist history attached to it) as a source of policy? We’re in a drought. The State Board just got slapped by the 6th District Court for overreaching its authority on water rights. The California Auditor has a scathing report on the State Board’s handling of grant fund accountability. Is racial equity really critical challenge facing the State Board?

Is the staff of an agency tasked with administrative record keeping equipped to develop a Racial Equity Action Plan? Actually staff is getting help from GARE – the Government Alliance for Race & Equity based at UC Berkeley according to the resolution.

Self Help hosted a Racial Equity Action Plan workshop I attended in Visalia. I was the only mostly white man in attendance.

Not once did I hear anyone from the public say they had a concern about water and racism. They all had concerns about adequate water supply and the state diverting flows away from the San Joaquin Valley.

Perhaps one of the fundamental questions so rarely asked in Sacramento – is this an appropriate expenditure of taxpayers’ dollars? How much staff time has been and is being set aside for this and who approved it? I’m not claiming some cover up is taking place. But it does take some digging to find out. Sobeck did state at the public comments on Resolution No. 2021-0050 that managers at the State Board were told employees’ work on the equity team is a priority and secondary to their normal duties.

Who is responsible? This is a more difficult question. The draft states, “The Racial Equity Team aims to bring this plan to the State Water Board as an information item in 2023. The board will not approve or deny the Racial Equity Action Plan. However, staff will update the Board on its implementation periodically.” Emphasis mine.

The team is not locking themselves down to a specific deadline. The hope is sometime before 2024 they can bring the completed plan to the State Board. It will be an information item and not an action item so the Board members won’t have to make any choices that could embarrass or displease Gov. Gavin Newsom, who appoints the Board members. They are not elected officials. All the Board members have already profusely given their support to this endeavor but they won’t have to sign their name to it with a vote. Staff will update the Board on the plan’s implementation. The draft is short on accountability and it will be interesting how staff judges measurable objectives.

However, under Strategy One, Goal 1a, Action A: the plan calls for the Executive Office to, “Include racial equity progress updates on State Water Board meeting agendas and liaison reports.” And the next line down calls for the Department of Water Resources to, “Identify racial equity data gaps related to the  administration of the state’s water rights system.”

The plan’s three strategies and seven goals are:

One – integrating racial equity and measuring impact. Goal 1a, be sure the Water Boards are accessible, equitable and culturally relevant. Goal 1b, programs and policies will be evaluated and realigned to address racial injustices.

In case you don’t know BIPOC stands for black, indigenous people of color. Since every human ever born is indigenous it appears at least part of strategy three has been achieved.

Each goal begins with statement of the challenge the plan faces. Underneath the challenge statement is a table of Actions and which part of the state organization takes the lead role, supporting role and what stage of completion the action has achieved.

What’s in the Plan?

Most of the plan won’t directly impact anyone not working at the State Board as it is full of diversity, inclusion and equity training for employees and hiring policy changes. But here are a few examples that could well impact stakeholders who rely on a stable system of water rights.

Here’s an example from page 14 of the draft plan. Under Strategic Direction #3, Activating BIPOC Community Wisdom and Sharing Power, Goal 3b, Action A: Existing Programs with existing resources to complete action, first cell, “Develop and maintain a list of pro-bono attorneys on the Water Boards’ website.” The lead role is OCC – Office of Chief Counsel. The supporting role is DIT – Division of Information Technology. And it is listed at Stage, Zero.

On page 15, also Strategy #3, Goal 3b but Action C: New or existing programs needing new resources to complete action, first cell, “Develop an ongoing community capacity building fund to compensate community partners for their expert wisdom, time and collaboration; provide travel stipends to community members, provide funding to community members to pay for amenities to reduce participation barriers; support community-led projects that address environmental injustices; and support community leadership in water decision making processes.” The lead role in this case is OPP – Office of Public Participation, the support role is DFA – Division of Financial Assistance, OE – Office of Enforcement and Regions (the nine Regional Boards) and it is at the level one stage.

Why is it in the Plan?

Community Water Center, one of the NGOs that helped develop this plan has already received more than $7.25 million in funding from the State Board in the form of grants.

When did the State Board’s mandate change from a bureaucracy administering water rights to an arbitrator and avenger of perceived injustices?

At exactly the same moment the people of California stopped holding their government accountable because they thought someone else would do it for them.

Freedom is worth fighting for. If you don’t push back you’re going to get what they give you.