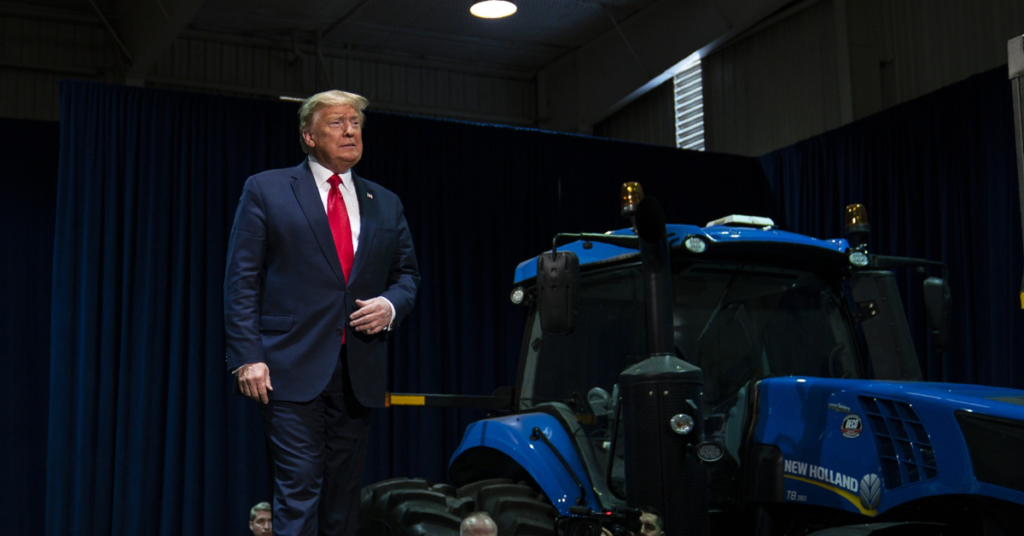 In the span of four years, the President of the United States has come to the Central Valley of California on three separate occasions.

Each time, he has been made aware of the continued effort by California’s leaders to maintain a man-made drought and focused on the undeniable significance of the state’s agriculture to our national security.

He asked, he learned, he acted, and he delivered.

In the process, he had the help and guidance of a few of the best members of Congress in the entire country.

Suffice it to say, his administration is by far the best we have had in decades in regards to farmers and water agencies in California.

So why would the Executive Director of the State Water Contractors publicly give President Trump the middle finger?

The answer is easy: Jennifer Pierre, executive director of the State Water Contractors is a radical leftist.

The radical left has a box of tools they like to use which many of us in the Golden State have gotten used to.

They’ve leveraged delta smelt, climate change, and blanketed the word “injustice” as a means to an end. To them, the ends justify the means.

Claims of unification are fueled by division and progress is the label for regression.

It doesn’t matter that delta smelt are not being killed by the pumps, or that environmental policy run amok has burned three million acres of California land and returned farmland to desert.

No issues can trivialize the issues of a nation like manufactured human injustices, a manufactured virus called a pandemic, or climate change. You need a world to experience things that shouldn’t be held to boundaries.  You need everyone’s cooperation to escape responsibility and accountability.

So, remarks from a radical leftist such as Jennifer Pierre aren’t necessarily shocking.

Apparently, she is very committed.

As Executive Director of the State Water Contractors – the collective of water agencies who rely on the water President Trump and his administration are working feverishly to deliver – a public social media post of appreciation would be expected and appreciated by the 27 water agencies, 27 million people, and 750,000 acres of farmland in which this water benefits.

On September 11, as the United States and many countries around the world recognize and memorialize more than 3,000 people who perished in the worst terrorist attack in the history of our country, it appeared Jennifer Pierre feels there was an issue that is worse than September 11, 2001.

In what I suppose I will call a tribute to 9/11 victims and our country, Jennifer Pierre made this post on her Facebook page:

“Never forget those who died on 9/11. Never forget how we felt. That it was the worst possible thing we’d ever live through as Americans. How it defined a generation. Turns out that it wasn’t the worst period for our generation. And also turns out that the real threat to our nation are Trump-supporting white supremacists and home-grown terrorists, and Trump himself who in 4 years has systematically brought America to its knees. I cannot begin to understand how those who claim to love this country, who’s fathers and uncles and brothers and grandfathers died to defeat Nazi’s and fascism, now rail against ANTIFA. Aren’t we all anti-fascist? How do those who claim to follow Jesus not see the evil that is an administration that during a pandemic affecting Americans disproportionately compared to everywhere else in the world, is also fighting to revoke healthcare for millions of Americans? Or says nothing about Russian bounties on our ‘loser’ and ‘sucker’ troops. How can we be presented with so much evidence as to the complete lack of fitness of this man to occupy the office and still wonder what the outcome of Nov 3 will be. I’m sorry, but what we are experiencing now is far worse than what we experienced with 9/11 and if we vote for Trump, we are saying that full on American death, destruction and terrorism is what we choose.”

Jennifer Pierre represents the 27 water agencies and farmers of 750,000 acres throughout California. I wonder if they feel represented.

Of course, most of these comments can be heard by watching any ten minute window on most cable news outlets.

I will admit, it is next-level to find out 63 million people are “Trump-supporting white supremacists.”

Alexandra Tollette Beiring, according to her Facebook page profile, is the Government Affairs and Communications Manager at Friant Water Authority.

Yes, you heard that right.

You can decide, much like the landowners and water users of 27 water agencies will decide if they agree with Ms. Pierre.