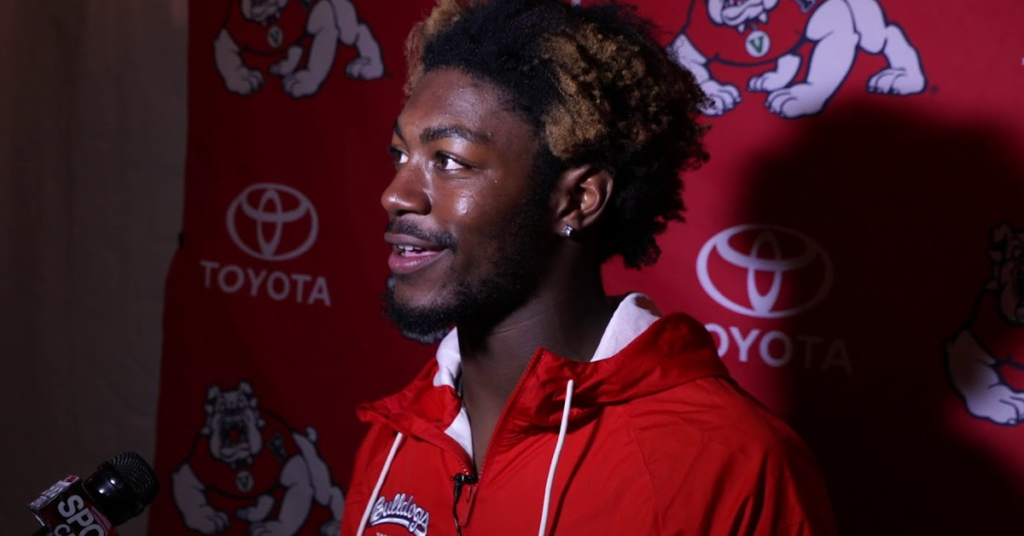 In his first game against New Mexico State, Edwards led the Bulldogs with 8 receptions for 70 yards. He followed that up with another team-leading performance against Air Force: 4 receptions for 73 yards and his first collegiate touchdown.

“No surprise for us as far as what he’s doing,” offensive coordinator Ryan Grubb said. “We felt like number one he was capable, and number two he was going to be a guy that would just grab that role and run.”

He’s been a consistent target for quarterback Jorge Reyna and has made an impact at a position that’s loaded with talent for Fresno State.

With two games of consistent play in the books, Edwards gets his first shot at making an impact in Bulldog Stadium Friday as the ‘Dogs host UNLV. But he’s up against his biggest challenge yet.

“They’ve got a really really good backer,” Edwards said. “He plays over the slot, and he’s arguably their best defensive player. I’m expecting to have him for the majority of the game.”

That linebacker is reigning Mountain West Defensive Player of the Week Javin White. He’s a senior who starts at strongside linebacker, but is versatile and has the skills to play safety if needed.

White also has a knack for pass coverage with 8 interceptions in his career, including one returned 44 yards in the win over Vanderbilt last week.

Edwards is motivated to face such a talented player and said he has to give nothing less than his best.

“Just being able to go against a really dominant player as well, see where I’m at with my strengths and my weaknesses – I’m excited for it,” Edwards said. “I’m ready for it – never back down from a challenge.”