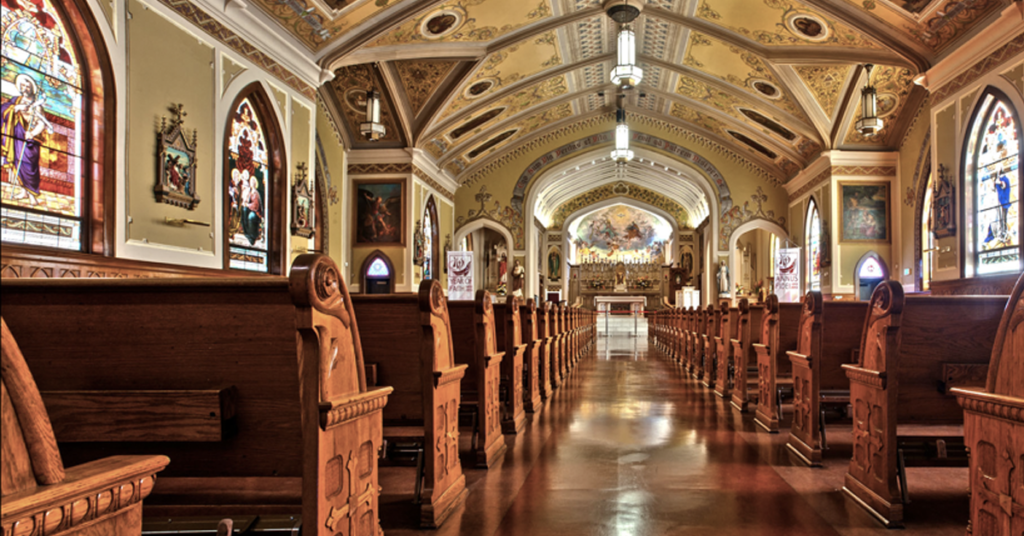 Officials at St. John’s Cathedral want to build a new security fence around the church’s property in Downtown Fresno.

According to documents filed with the city, these officials say the church has been victimized by various types of crimes, including hate crimes.

The Historic Preservation Commission reviewed the church’s plans on Monday.

St. John’s is one of Fresno’s most historic churches. William Patnaude, a Fresno architect, wrote of the church for City Hall in 1978: “Very important Catholic Church. The oldest remaining Catholic Church in the City. Built outside the City originally but soon became a nucleus for a fine residential area of the city. A religious and social center for over 75 years and an important part of the social and physical fabric of the city.”

According to Historic Preservation Commission documents, the site consists of the 117-year-old St. John’s Cathedral, an adjacent rectory where the parish priest resides and a parking lot. Valley Wrought Iron would design and build a 7-foot high security fence around the entire site. There will be four powered gates and two non-powered single-retractable gates.

Laura Groves van Onna, the city’s historic preservation specialist, says in a staff report that pickets atop the fence would curve outward toward the sidewalk. The pickets would have pointed ends “to inhibit climbing along all portions of fencing except the sliding gates – which will have straight pickets.”

Van Onna writes that the sliding gate portions of the fence would remain open for at least a 12-hour period each day, “which would provide unobstructed physical and visual access to the façade of the church.”

The church has submitted a document explaining the issue. One portion of the document is headlined “Statement of the Problem.”

“Since 2010, St. John’s Cathedral has amassed nearly $60,000 in property damage from what can only be described as religious persecution or hate crimes,” the statement says. “The financial and emotional damage to the cathedral as well as its parishioners and staff has been horrendous. Currently, overnight security has been hired as a temporary measure at a substantial cost. Most damage is so extreme that we have had to install security doors, cameras and screens throughout the property. This has created a financial hardship for the parish/diocese. The cathedral has also suffered numerous thefts as well as damage to historic artifacts that can never be replaced.”

The document notes that people currently have easy access to the church due to the layout of the grounds. “St. John’s Cathedral needs gates to be built and placed in strategic locations throughout the property in order to deter future theft and property damage,” the document says.

The can be no doubt about the importance of the fence project, the church says in the document. The fence will “increase security at St. John’s Cathedral and preserve a historic resource for the downtown area as well as current and future parishioners. This project will benefit the cathedral by preserving its history, residence and parishioners. Christianity as a whole will benefit as an increased level of awareness will result pertaining to security and what can be done to prevent faith-based crimes.”