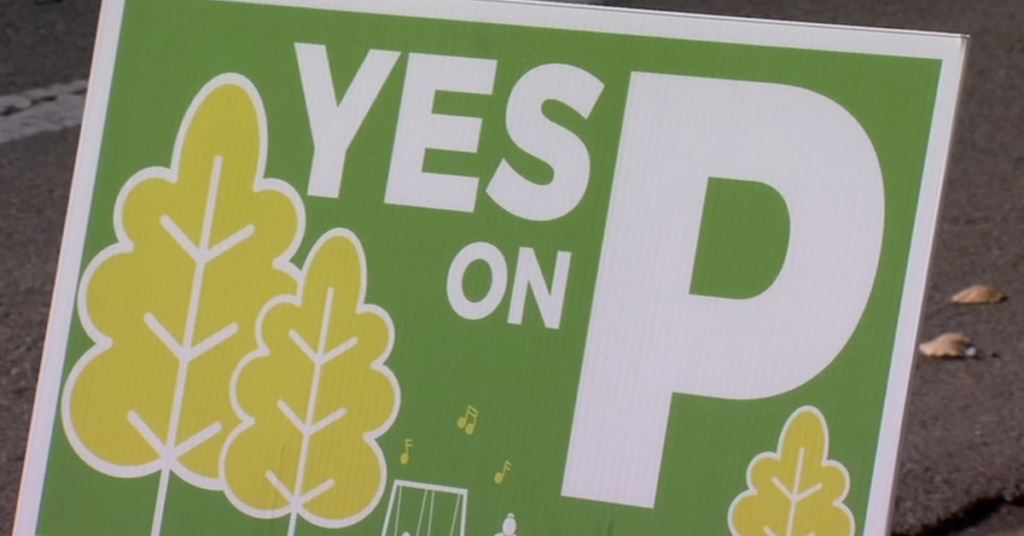 After seeking an appeal to Gaab’s ruling, the San Francisco-based First Distirct Court of Appeal ruled in a similar controversy – albeit in reverse.

In that case, the City and County of San Francisco contended that the threshold for approval of Measure C, a citizen-led tax initiative to combat homelessness, was a simple majority.

Fresno, on the other hand, has not collected tax revenues from its parks tax initiative, owing to the city’s belief that the measure failed.

At the center of the controversy between Building Healthy Communities, the City of Fresno and its legal ally the Howard Jarvis Taxpayers Association are two key state propositions: 1996’s Proposition 218 and 1978’s Proposition 13.

The two propositions both require a two-thirds majority vote to approve taxes adopted by local governments.

At issue is whether a citizen-led initiative seeking a special tax is required to meet that higher threshold.

The three-judge panel, led by an opinion authored by Fifth District Court of Appeal Justice Mark Snauffer with concurrence from Justices Rosendo Peña, Jr. and Donald Franson, Jr., heavily relied on the First District’s ruling in the San Francisco controversy.

The contentious portion of Proposition 13 reads as follows: “Cities, Counties and special districts, by a two-thirds vote of the qualified electors of such district, may impose special taxes,’ except for taxes relating to the value, possession, or sale of real property.”

“One interpretation ‘of section 4’s language is that these elected bodies ‘may
impose special taxes’ only if two-thirds of the voters also approve,'” Snauffer’s opinion, citing the San Francisco appellate ruling, reads. “By this interpretation, the electorate ‘is distinct from and not included in the phrase ‘Cities, Counties, and special districts.’’”

The interpretation wagered by the Howard Jarvis Taxpayers Association was that voters exercising the initiative power would also qualify for the higher threshold.

Snauffer, agreeing with the First District-based jurists, argued that had their been an intent to restrict voters’ initiative power, it would have been made explicitly in the text of Proposition 13.

Proposition 218, meanwhile, reads: “No local government may impose, extend or increase any special tax unless and until that tax is submitted to the electorate and approved by a two-thirds vote.”

The lone definition of “local government” comes via Article XIII C of the California Constitution, Snauffer pointed out.

It defines local government as “any county, city, city and county, including a charter city or county, any special district, or any other local or regional government entity.’

“Obviously, this definition, which is the only definition of “local government” applicable to the entirety of Article XIII C, does not reference the electorate,” Snauffer wrote.

“An early Christmas gift to all [⁦City of ⁩Fresno] kids. The time for lawsuits is over, let’s now get to work on fixing and building new parks. Our children and neighborhoods deserve nothing less,” he tweeted.

“Young people & park champions have been working for years to create more & better #Parks4All. Here are some of the folks that knocked on thousands of doors, spoke to thousands of their neighbors & have kept the vision for #OneHealthFresno at the forefront.”

The legal victory at the appellate level opens the door for a showdown before the California Supreme Court.

The Sun contacted the Howard Jarvis Taxpayer Association for comment on the ruling and next steps.

“In any event, if the Court rules against us as I expect it will, then we will petition the Supreme Court for review,” he said.

Yet unlike the San Francisco tax battle – which the high court declined to hear – Measure P battle has a unique twist likely to get it a writ of certiorari.

Measure P, unlike San Francisco’s Measure C, was presented to voters by its citizen sponsors as requiring a two-thirds majority threshold.

This interpretation of the support threshold was concurred by Fresno’s City Clerk when the measure qualified for the November 2018 ballot.

City leaders have privately contended that voters’ expectation of the two-thirds threshold is its own key consideration beyond the arguments laid before the three-judge panel at the Fifth District Court of Appeal.

“We normally do not comment on pending litigation, but today’s Fifth District Court of Appeal Measure P ruling is different,” said Fresno Mayor Lee Brand. “The City of Fresno will abide by the Court’s decision once it becomes final.”

“It is time for us to come together as a community and support the results of Measure P,” said Fresno Mayor-Elect Jerry Dyer. “I look forward to working with the City Council and community members as we utilize these dollars to beautify our parks, and trails, and meet the needs of our youth for decades to come.”

The Sun reached out to the Howard Jarvis Taxpayers Association for comment. It did not comment in time for publication.