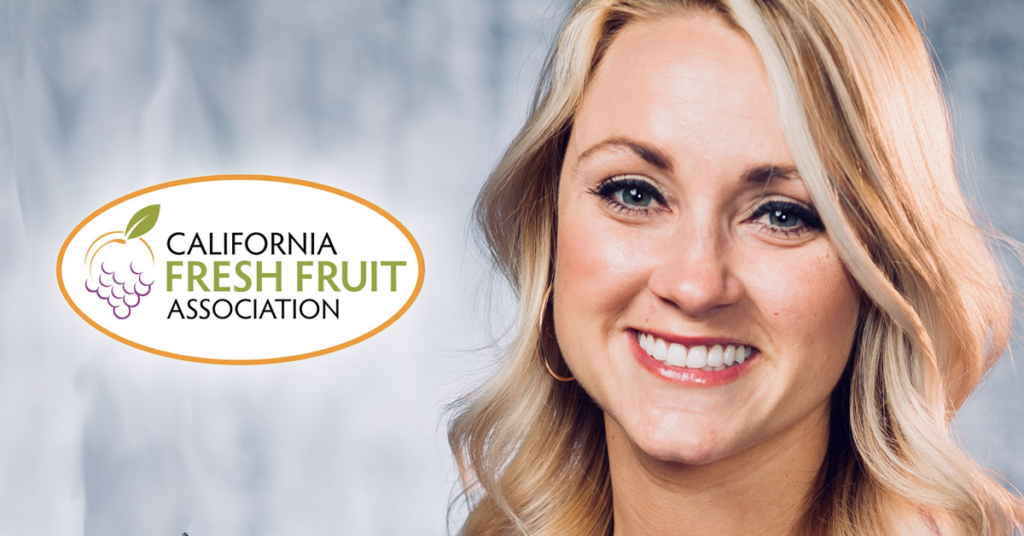 Amid a transition of leadership, the California Fresh Fruit Association has hired Courtney Razor as its new Director of Member Services and Communications.

Razor, a Sanger native, served in that capacity for six and a half years, spearheading the Farm Bureau’s Future Advocates for Agriculture Concerned about Tomorrow (FAACT) program.

“We are very pleased that Courtney has agreed to become a part of the team at CFFA,” association chairman Randy Giumarra said in a statement.

The California Fresh Fruit Association recently underwent a leadership change after past association president George Radanovich departed in May.

Radanovich was succeeded by Ian LeMay, who previously served as head of Member Services and Communications.

“I have had the pleasure of working with Courtney for a number of years in her role with the Fresno County Farm Bureau, and I have always found her to be an articulate and vocal advocate for California agriculture,” LeMay said in a statement on the hiring.

Razor starts with the Fresh Fruit Association at the beginning of September.