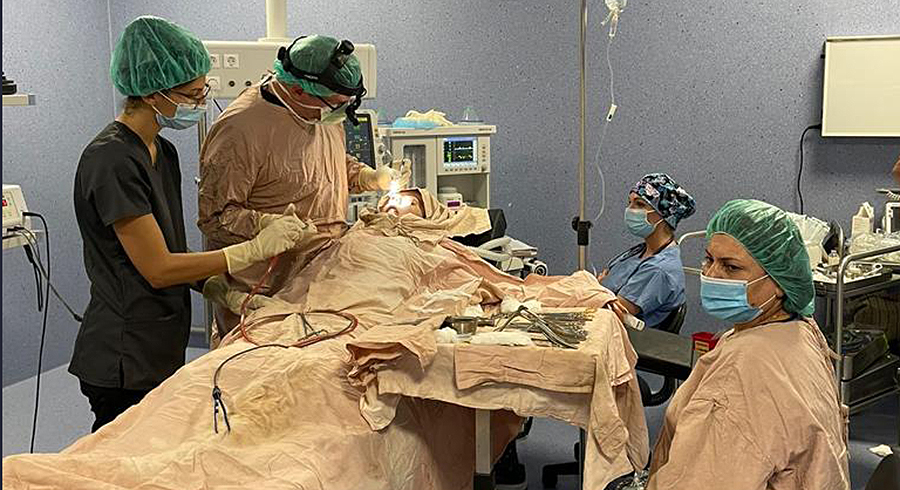 Community Health System and its President and CEO Craig Castro were honored at a celebration of the 30th anniversary of Armenia’s independence for sponsoring medical missions to Armenia.

Ambassador Armen Baibourtian, consul general of the Republic of Armenia, proclaimed Sept. 21, 2021, as an “Appreciation Day” for Community’s “devotion and dedication in support of the Republic of Armenia.” Baibourtian declares in a proclamation: “Over the past six years, Community Health System leadership expanded its mission to serve the underserved population across the globe … and took an active role and supported the humanitarian efforts to Armenia during the 44-day war in 2020 perpetrated by Azeri aggression.”

The proclamation was presented at an Armenian Independence celebration with 200 local Armenian-American dignitaries, business people and politicians. This celebratory and appreciation event was organized by the Honorary Consul of the Republic of Armenia in Fresno, Berj Apkarian.

Speaking from Armenia this week where he was on another medical mission, Apkarian said, “I have received such tremendous support over the years from Community … Yes, we’re local and a local non-profit, but we do much more than that. With our international patient services program and these missions, we are focused on doing good will around the world, too.”