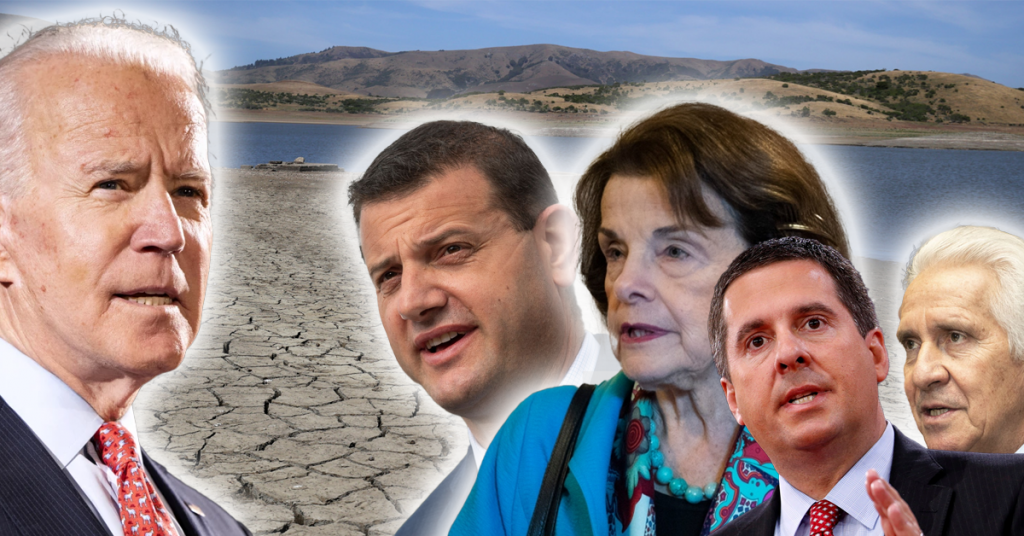 California Democrats and Republicans are pushing back against a temporary plan to manage the state’s primary water projects as the Biden administration aims to dismantle Trump-era environmental rules which increased water delivery throughout the Central Valley.

The Newsom administration and environmental interest groups brought lawsuits forward against the Trump-era 2019 biological opinions which govern the CVP.

Under the temporary plan, the Biden administration would put a stop to the lawsuits and complete a new set of biological opinions to oversee the CVP.

In the Democrats’ letter, the group said there has been limited analysis and disclosure of the temporary plan’s impacts, as well as a lack of consultation with affected parties to mitigate adverse impacts.

“We therefore request that you defer implementation of any proposed plan until its effects are more thoroughly analyzed and options to reduce its impacts are carefully vetted in discussions with interested parties,” the letter reads. “We believe this effort could be completed before the start of winter operations season in January.”

The Democrats posed several questions for the federal government to consider, such as whether the plan adequately protects certain fish species that were not under the 2019 biological opinions.

The group also pushed for more flexibility to adapt to real-time information in order to avoid jeopardizing fish while reducing hardships to many interests that depend on the water supply.

“While we commend you on reaching agreement in this matter, there is simply to much at stake to rush this plan. The actions taken by your agencies will affect millions of people and more than two-million acres of farmland and wildlife in California,” the letter reads.

“We recognize that navigating the drought is extremely challenging, and appreciate the dedication of you and your staff to make the best of a very difficult situation. Going forward, we urge you to take the two months before the start of the winter operations season in January to engage with stakeholders and develop a more fully informed analysis of a revised interim operations proposal.”

One day after Feinstein and selected House Democrats sent their letter, House Republicans from California – led by Rep. David Valadao (R–Hanford) – pushed back even harder on the plan, arguing that the rushed effort to implement new, temporary rules undercut claims of utilizing the most up-to-date scientific methods to govern water deliveries, something they argue are contained in the 2019 biological opinions.

Valadao and California Republicans also emphasized that the move is an obvious bowing to political interests in shuttering water deliveries south of the Sacramento-San Joaquin Delta.

“The proposed interim operations plan is a massive blow to Central Valley water users, making it extremely difficult for farmers and communities to secure access to reliable water supplies,” Valadao said in a statement. “The 2019 Biological Opinions did more to protect the environment and endangered species of concern by allowing the operators to adaptively manage the projects to meet the real-time biological needs of the species. The most recent biological opinions also worked to maximize benefits of the U.S. Bureau of Reclamation’s project purposes. Despite these facts, the Biden administration has decided to bow to political pressure from California politicians and environmental groups rather than listen to the non-political career staffers who spent years carefully developing a peer-reviewed operations plan based on the best available science. To say I’m angry would be an understatement.”