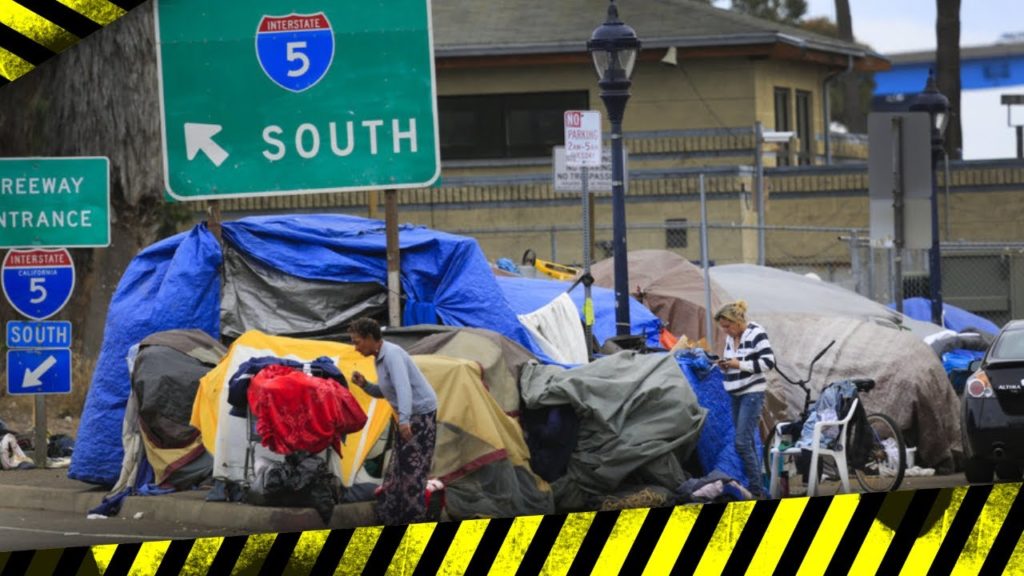 Can any beach in the world beat California’s?

Does any place in the world have so wondrous and soothing a climate? Can farmers anywhere outperform the scientists of the Central Valley, in both quantity and quality of produce? And then there’s the economy — were it a separate country, California would boast the world’s 5th largest economy.

But California is not a separate country. It is but one of fifty states, and a failed one at that, at least when it comes to providing for the security and prosperity of its citizens.

Consider: Four in ten Californians live in or perilously close to poverty, according to a recent study from the Public Policy Institute of California (PPIC). In fact, California has the nation’s highest poverty rate, factoring in cost of living.

Of course, extreme poverty can drive people to homelessness, and here, too California shamefully excels. According to the U.S. Interagency Council on Homelessness (USICH), 130,000 Californians live on the streets or in shelters, including over 10,000 veterans.

Something is clearly rotten at the center of California’s golden heart. Elected officials in Sacramento preen and whine about boutique issues like “climate change” while a stone’s thrown from their glittering and gated homes, thousands of their fellow citizens shoot up on the streets and then slip into into hopeless stupor.

The causes for this societal decay are many and complex, I’m sure. But a few things stand out as obvious and significant contributors to the California crisis:

According to a report by KPBS San Diego, “…the median monthly housing costs of homeowners with mortgages in California is 47 percent higher than the national average.”

Needless to say, median income has not kept pace with those astronomical numbers. The result — middle class families are forced to flee, and poor families who cannot afford to relocate to Texas or Arizona spend more and more of their meager income keeping a roof over their heads. In fact, half of California’s renters “…pay 30 percent or more of their income on housing.”

It has become a badge of honor for California politicians to openly oppose any efforts by the U.S. government to control the Southern Border; indeed, Sanctuary policies are a both a welcome mat to the world’s teeming poor and a middle finger to Uncle Sam.

But how responsible, how compassionate, is it to import yet more uneducated, low skilled workers when California can’t take proper care of the poor it already has?

Does anyone believe it is a coincidence that California has both the highest poverty rate and the highest number of illegal immigrants? Is it fair to the working poor to bring in more competition for low-skilled jobs, and put even more downward pressure on their wages?

So what of the future? Can the decline be reversed?

It is possible. New York City was once bankrupt and crime-ridden, considered by many to be hopelessly ungovernable. But in 1994 New Yorkers finally had enough, and installed Rudy Giuliani as mayor, a Republican who ushered in one of the great metropolitan renaissances of all time. In the Giuliani-Bloomberg era, crime and grime plummeted, business and families returned, and people once again laughed and played in NYC’s great parks.

Will Californians reach a similar breaking point? It’s hard to imagine they won’t — after all, how many used needles do your children have to step over before you turn on the corrupt and incompetent elite who brought this upon the once-Golden State?

Sadly, not soon enough. And by then, maybe, too late.

Matt Patterson
Matt Patterson is executive director of Free California. You can reach him at matt@liberatemystate.org.