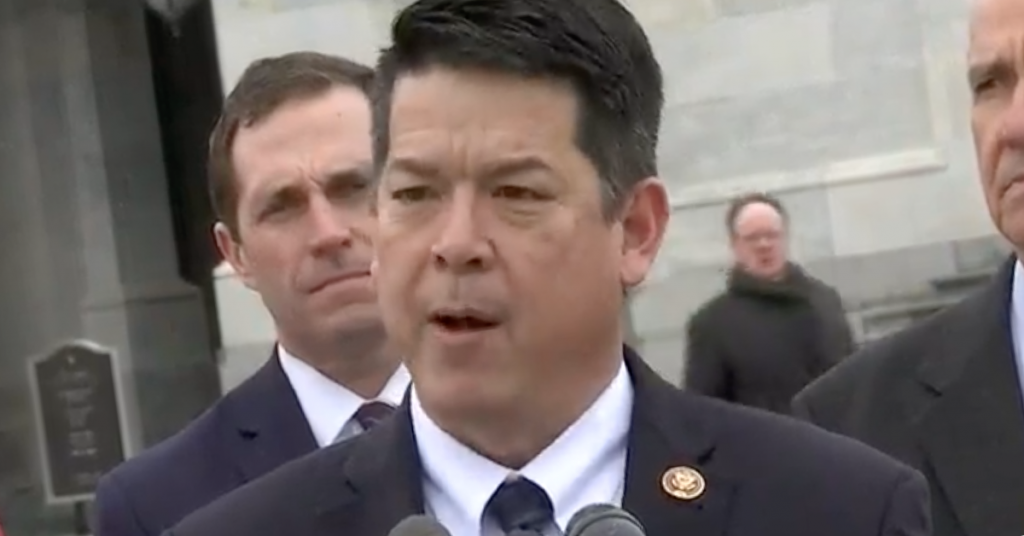 If you aren’t familiar with the NRDC, you ought to know that you have been affected by them one way or another.

They are a radical environmental group with six offices in the United States and one in China. Two of those offices sit in California.

But it’s likely you are more familiar with Cox.

In recent months you’ve likely read about – or, given the current season seen on television – Cox’s unpaid taxes, cutting in line at Yosemite on Independence Day, or failing to disclose business interests.

His first-term in Congress has been tied to some sort of corruption in more ways than one can. count.

But his tenure isn’t all scandal. He has had a significant say on key issues facing the region with a highly-coveted post on the House Committee on Natural Resources.

It hasn’t panned out as some would have hoped.

During his two years on the panel, Cox voted along with his neighbor, Rep. Jim Costa (D–Fresno) to give committee chair Raúl Grijalva (D–Ariz.) sole authority to harass the Departments of Interior and Commerce.

The two agencies were principally responsible for generating biological opinions (BiOps) that boosted water flow to the Cox and Costa’s districts.

Another member on the committee is Rep. Jared Huffman (D–San Rafael). Prior to joining the House, he was a senior staff attorney for the NRDC.

All of these details, I’ll add, are critical for Valley agriculture.

The NRDC is largely responsible for the continued transfer of water from people to the ocean for decades in Central California.

It was the NRDC who forced the San Joaquin River Restoration Settlement that removed around one million acre feet of water from food production, businesses, and homeowners.

The nonprofit led 18 years of litigation to pull water from the region, all in in the name of fish restoration, which finally concluded in 2006.

Fourteen years later, and the biggest headline news about results from this attack on Central Valley agriculture was the discovery of five fish costing $178 million apiece.

But the NRDC wasn’t satisfied.

The settlement to this suit was finished with two co-equal goals: salmon restoration and mitigation for east-side farmers.

Water that was supposed to be recirculated water after providing flows down the San Joaquin River to the Delta became salt water because of the efforts of NRDC, all while attacking other sources of Central Valley water at the same time.

It was the NRDC who filed a court complaint alleging the United States Bureau of Reclamation violated the Endangered Species Act by working with countless stakeholders at a very critical time.

A dangerous time in terms of national security, any water was too much for the NRDC. In was 2015 and South of Delta CVP Contractors had received a 0 percent water allocation.

That still wasn’t good enough for the NRDC.

Fortunately for them, they had a friend in high places: Felicia Marcus, the (now former) chair of the California Resources Control Board.

She was also a former NRDC employee. See a pattern?

It is the NRDC who supported one of the most draconian bills to ever come from Sacramento in regards to California water – 2019’s Senate Bill 1 – a bill so bad that even Gov. Gavin Newsom vetoed it.

The ultimate goal of the bill was to revert to outdated, outmoded, failed junk science which resulted in mass transfers of water away from people, degrading water quality, shrinking aquifers, gouging the price of water, and decimating fish populations.

Again, the NRDC supported this effort.

It, too, was the NRDC who filed suit to stop the process of raising of Shasta Dam which will add an additional 630,000 acre-feet of water to our rivers.

They weren’t fighting to stop cement trucks or construction crews.  They sued to stop a study of the project for its feasibility.

And while in the past the organization sued to mandate feasibility studies, now it is suing to stop them.

But if there is one thing that reigns supreme on the delivery of water to the Central Valley, it is biological opinions that govern the operations of the Delta.

After everyone watched and read about failed water policy in California for over a decade, newly updated and science-backed BiOps were released in October 2019.

It was the NRDC who hypocritically filed suit to stop the implementation of this new science.

The NRDC is not an austere collection of scientists. They are lawyers, plain and simple.

We can safely conclude that the NRDC and other radical environmental groups are not interested in science.  They are interested in money and political influence.

True fish restoration, improved water quality, restored aquifers, and a plentiful supply are not in their best interests.

And they’ve found an ally in Cox.

One might think their interest in Cox was his well-hidden seat on the board of a Canadian mining company, another industry the NRDC likes to attack.

But no regard is given to the act or appearance of hypocrisy with either the NRDC or Cox.

If the NRDC is endorsing a Congressional candidate in the Central Valley of California, you don’t have to do much digging to know that man stands in vehement opposition to agriculture, forest management, and any constructive use of natural resources.

And amid wildfire season, the lack of forest management including logging and grazing has caused the decimation of over 3.5 million acres in California so far in 2020 alone.

The NRDC has had a leading role in creating a tinderbox in our backyard. They’ve selected Cox as the man to light the match.

This endorsement sends a powerful message to voters in the 21st Congressional district:

Fish species such as salmon and smelt will continue to be used as fronts to continue the man-made drought in California, anything from the Federal administration will be opposed – even if beneficial to voters, workers, and residents in this district.

Infringement of property rights will continue just as the NRDC infringed on many cases such as the San Joaquin River Settlement.

Climate Change will be the excuse named for raging infernos in our mountains and will be used for radical environmental policy such as banning gas and diesel engines.

Simply put: if the NRDC is endorsing your Valley Congressman and contributing to his campaign, you’re in store for a wild ride just beyond your front door.