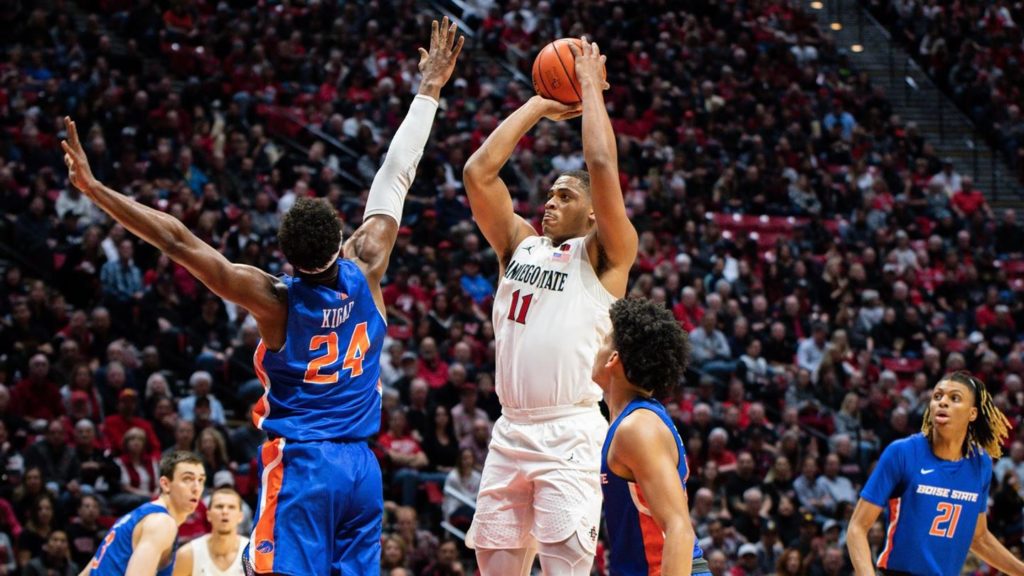 Just a couple weeks ago on New Year’s Day, Fresno State lost to San Diego State 61-52. The Bulldogs led for a good part of the first half, but the Aztecs proved to be too difficult to match for 40 minutes.

Now it’s time for Round 2, this time in Fresno, as the 17-0 Aztecs come to the Valley Tuesday.

At 5-11 and the postseason all but out of reach, barring a miraculous run in the Mountain West Tournament, this is the biggest game of the season for Fresno State. It’s a chance for the Bulldogs to prove that they’re better than their record says – a chance bring some life and excitement to a team that’s in the middle of a dismal run.

It’s a tough task though. This isn’t a typical San Diego State team that Steve Fisher fielded for nearly two decades, one that always competed for the conference title. This Aztecs team – under head coach and longtime Fisher assistant Brian Dutcher – is even better.

The No. 7 ranked Aztecs will be the best opponents the ‘Dogs have ever hosted at the Save Mart Center.

Guard KJ Feagin, a transfer from Santa Clara, is 8.1 points, 3.1 rebounds and 3.2 assists per game. Feagin is an excellent three-point shooter who just scored 23 against Boise State. He isn’t having the season the Aztecs expected, but the ‘Dogs won’t be able to leave him with any space to work if they want to win.

As good as the supporting cast is, San Diego State’s success largely lies with Flynn. The Washington State transfer scored 16 on Jan. 1 and has scored more than 20 points four times this season.

A look at advanced analytics shows Flynn as one of the top players in the country. He ranks second with 4 win shares – a statistic that estimates the overall value of a player that he contributes.

Maybe Fresno State will get lucky like San Jose State and catch the Aztecs in a close contest. That’s hard to imagine, but if anyone knows what makes San Diego State tick, it’s Fresno State head coach Justin Hutson, who was an assistant in San Diego from 2013-2018.

Hutson’s Bulldogs beat San Diego State in both matchups last season, although Flynn, Wetzell and Feagin weren’t on the court.

If Fresno State pulls off the upset, it will be off the backs of freshmen Jarred Hyder and Orlando Robinson

Hyder is still looking to put together consistently great performances, but he has the talent to go toe-to-toe with Flynn. He proved that with 23 points in the first contest.

Robinson has been on a roll lately and has started to come into his own. Over the last five games, he is averaging 20.2 points and 8.2 rebounds per game.

Fresno State outrebounded the Aztecs 34-31, but Robinson only had three. A bigger game from him will work wonders for the ‘Dogs.

Fresno State has not beaten a Top 10 team since 1996, but the ‘Dogs have beaten the Aztecs in four of the last five matchups at the Save Mart Center. In all likelihood, San Diego State will pull away and the undefeated season will continue on, but Fresno State has the opportunity for a historical win.