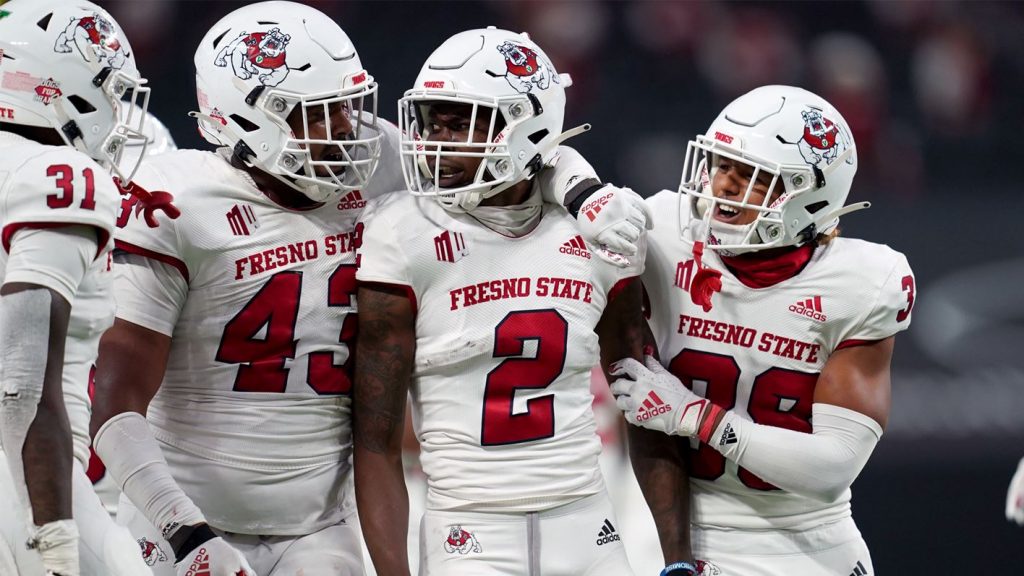 Utah State does not have Jordan Love under center anymore, but that isn’t stopping the Bulldogs from acting like they are preparing to face a quarterback that has NFL-level talent.

Love was selected with the 26th overall pick of the 2020 NFL Draft to the Green Bay Packers. Last year he shredded Fresno State’s defense for 388 yards and 2 touchdowns on 30-39 passing.

He is out of the picture, and Utah State is reeling. The Aggies are off to an 0-3 start, and head coach Gary Anderson was fired over the weekend, leaving co-defensive coordinator Frank Maile in charge.

The Aggies went 6-2 in the Mountain West a year ago, and their sharp decline is no more apparent than at quarterback.

Jason Shelley has been tasked with the monumental challenge of replacing Love and has struggled in the early part of the season. Through the first three games, Shelley has only thrown for 276 yards and 2 touchdowns while completing 56% of his passes. He has also thrown 2 interceptions.

Shelley threw a season-high 96 yards against Nevada last week in the 34-9 loss.

No matter how bad Shelley’s stats look, however, Fresno State safety Evan Williams said the Bulldogs are not going to overlook Shelley.

“Well Jordan Love – he’s a ridiculous talent,” Williams said. “Playing against him was actually really cool, just to see the level that an NFL quarterback plays at, but I’m not going to downgrade their current guy. He can move out of the pocket. He has some mobility. When he wants to, he can sling the rock. So I’m not going to downgrade this quarterback.

Just as Shelley has struggled, the Aggies as a whole have not played up to par, having been blown out by a combined score of 114-29 in the first three weeks.

But Williams pointed out that Utah State’s opponents – Boise State, San Diego State and Nevada – have combined for a 7-2 record.

“They’ve been playing some great teams, and we know they just had a head coach change,” Williams said. “So they’re kind of backed up into a corner, and they have nothing to lose really, is how we’re seeing it. We’re just preparing for them to give everything they’ve got, so we’re working hard every day in practice and just preparing like every other week.

“Got to win every day, go 1-0 every day, every practice. Hopefully we come out victorious this Saturday.”