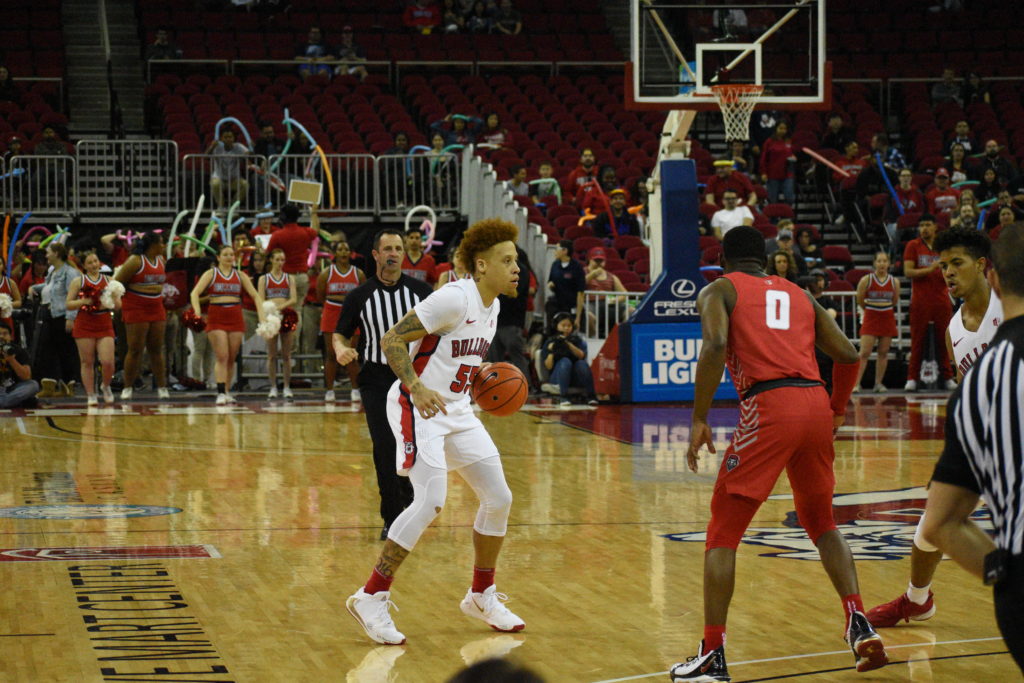 New Mexico jumped out to an early lead, going up by 17 points in the first half, but that didn’t deter Fresno State.

The Bulldogs found a way to overcome poor defensive effort in the first half and inconsistent offensive play to spurn an 82-77 comeback win Saturday at the Save Mart Center.

After inconsistent offensive play and a poor defensive effort in the first half, the Bulldogs managed to right the ship and comeback to win 82-77 on Saturday at the Save Mart Center.

Fresno State head coach Justin Hutson said that he was proud of the Bulldogs – especially freshmen Orlando Robinson, Jarred Hyder and Niven Hart – and how they stuck together as a team.

“I was very disappointed in our defensive effort early,” Hutson said. “I’m going to go back and look at that and see why it was. I can’t wait to do it right now as we leave here, but I was very proud of how we came back and fought and got stops when we needed to.

New Mexico’s shooting from beyond the arc was nearly unstoppable for most of the game. The Lobos mad 8 threes in the first half at a 50 percent rate and continued that hot streak up until halfway through the second half.

That’s when Hart stepped up. The Bulldogs managed to cut the deficit to 10, and Hart sunk two back-to-back threes to bring the Bulldogs within four.

New Mexico went 1-6 on three-point attempts in the final 10 minutes, which Hutson credited to the Bulldogs’ defense.

“We were on the guys that were shooting,” Hutson said.

After Hart’s barrage of threes, Robinson continued to make an impact in the paint and senior guard New Williams made a free throw with 1:27 remaining to give the ‘Dogs their first lead since the opening minutes of the game.

Solid defense and crucial three-pointers from freshman guard Anthony Holland sealed the win for the Bulldogs.

Fresno State was 7-11 on three-pointers in the second half as the Bulldogs got hot while the Lobos started to falter, making only 4 threes on 12 attempts.

This was the second win in a row for the Bulldogs, only the second time all season they’ve managed to do that. Fresno State improved to 8-14 overall and 4-7 in the Mountain West. The Bulldogs host second place Colorado State (16-8) Tuesday evening.