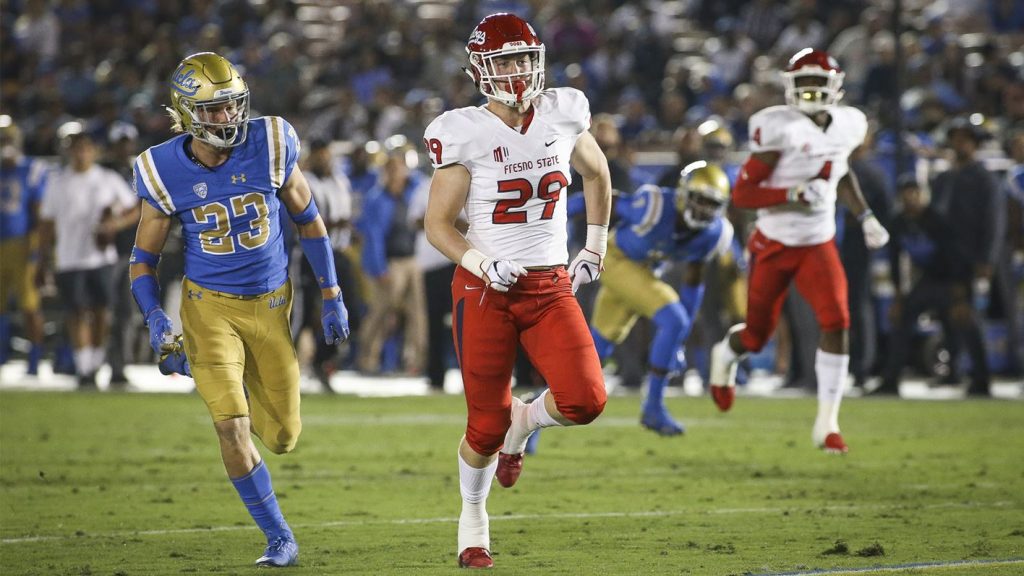 Coming off a rough 4-8 2019 season, Bulldogs linebacker Justin Rice was the only Fresno State player to make the team heading into a 2020 season that has not yet been confirmed will take place amid the coronavirus pandemic.

Rice was one of the best defensive players in the Mountain West last season, finishing third in the conference with 112 tackles en route to a selection to the all-conference team.

He is the only linebacker returning from the 2019 All-Mountain West team, which included former Bulldog Mykal Walker, who was drafted by the Atlanta Falcons.

In addition to the conference honors, Rice has received national recognition as well this offseason, being named to the Bednarik Award watch list and the Bronko Nagurski Trophy watch list, both of which name the defensive player of the year at the end of the season.

Boise State dominated the list with eight nominees, and Colorado State and San Diego State were next with four apiece.