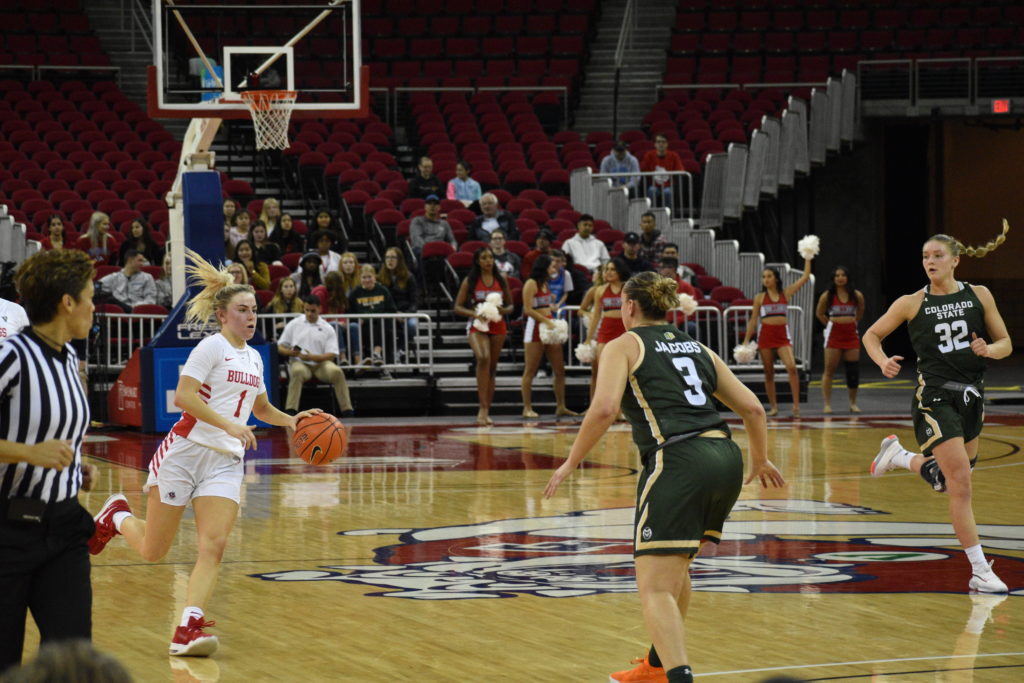 The Fresno State women’s basketball team faced as tough of a challenge last Saturday as it will see all year.

On the road in Boise, the Bulldogs faced a Broncos team that had not lost a conference game in two years.

Heading into the fourth quarter, it looked like the Bulldogs would be the 19th-straight Mountain West team to lose in Idaho.

But the Bulldogs – who were down by 10 – stormed back and outscored the Broncos by 15 in the final quarter to win 85-80.

Boise State was picked to finish first in the Mountain West before the season, while Fresno State was predicted to place third, but those roles are now reversed.

The Bulldogs improved to 9-0 in the conference, 16-4 overall, and are now halfway through their Mountain West schedule. They will not face Boise State again in the regular season. If the standings hold, the Bulldogs could possibly face the Broncos in the Mountain West Tournament championship game.

If the Bulldogs take care of business the second time around against the top half of the Mountain West – home games against San Jose State and UNLV and road trips to Colorado State and Wyoming – they will enter the conference tournament as the No. 1 seed and will be the favorites to advance to the NCAA Tournament.

Sure, you could wait and see if this team holds up, but the ‘Dogs have shown that they are the best team on Fresno State’s campus.

The football team had a season to forget, one that was marred with inexperience, inconsistency and an inability to finish. Men’s basketball is having the same issues and are currently 6-14, second to last in the Mountain West. They also just suffered their worst loss in 10 years – an 87-53 loss to Boise State.

The women have faced challenges similar to the other teams at Fresno State, but they have fought their way to vastly different results.

Junior Maddi Utti leads the team with 17.1 points per game and 9 rebounds per game and is making her case to be the athlete of the year at Fresno State.

Freshmen twin sisters Haley and Hanna Cavinder are second and third on the team in scoring (16.4 and 15.6 points per game, respectively). They play confident, fast and make passes that LeBron James would be proud of.

Junior Aly Gamez had a buzzer beater last week to beat Colorado State, and freshman Kendyll Kinzer has a three-point shot that the men’s team could use.

Whoever steps up, one thing is clear: This group is talented and is winning at a pace that Bulldogs fans haven’t seen from the other programs on campus.

It’s time to hop on the bandwagon and support this group of Bulldogs.