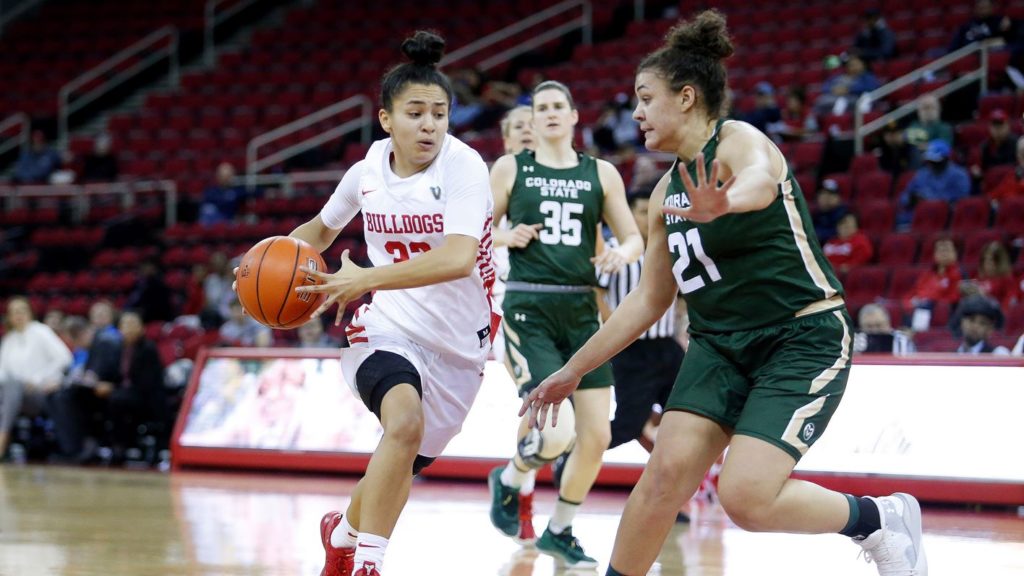 Fresno State women’s basketball wrapped up the Mountain West conference tournament last week with a close, controversial loss to Boise State in the championship game, and now the Bulldogs are waiting to see where they are headed for the postseason.

Depending on which tournament the ‘Dogs make, they might have to play in an empty arena as a precautionary measure against the spread of coronavirus.

Since Boise state earned the Mountain West’s automatic bid to the NCAA Tournament, the Bulldogs will find out on March 16 if the selection committee puts them in as an at-large bid. If not, they’ll play in the WNIT, likely as one of the top seeds in the tournament.

NCAA President Mark Emmert announced Wednesday that the NCAA men’s and women’s tournaments will be played in front of “only essential staff and limited family attendance.” Fans have been banned from attending both tournaments.

Here is Emmert’s full statement: “The NCAA continues to assess the impact of COVID-19 in consultation with public health officials and our COVID-19 advisory panel. Based on their advice and my discussions with the NCAA Board of Governors, I have made the decision to conduct our upcoming championship events, including the Division I men’s and women’s basketball tournaments, with only essential staff and limited family attendance.

“While I understand how disappointing this is for all fans of our sports, my decision is based on the current understanding of how COVID-19 is progressing in the United States. This decision is in the best interest of public health, including that of coaches, administrators, fans and, most importantly, our student-athletes.

“We recognize the opportunity to compete in an NCAA national championship is an experience of a lifetime for the students and their families. Today, we will move forward and conduct championships consistent with the current information and will continue to monitor and make adjustments as needed.”

The men’s NCAA Tournament starts March 17, and the women begin play on March 20.

The WNIT is taking a different approach from the NCAA for the time being. The organization announced Wednesday that it is continuing the tournament as planned, but it is taking fan presence under consideration.

The WNIT released a statement following Emmert’s decision: “The Postseason WNIT is continuing with its standard preparation in advance of the event. There are a number of considerations in play regarding format, schedule, location and fan presence, and we will issue updates on these questions as warranted. Unless stated otherwise here, we will select our field as originally planned, on Monday, March 16, after the NCAA women’s tournament has determined its field of teams.”

Throughout the WNIT, games are played at the site of the higher-seeded team. Assuming Fresno State is selected as one of the top seeds in the tournament, the Bulldogs will potentially host several games in an empty Save Mart Center. The WNIT starts March 18.