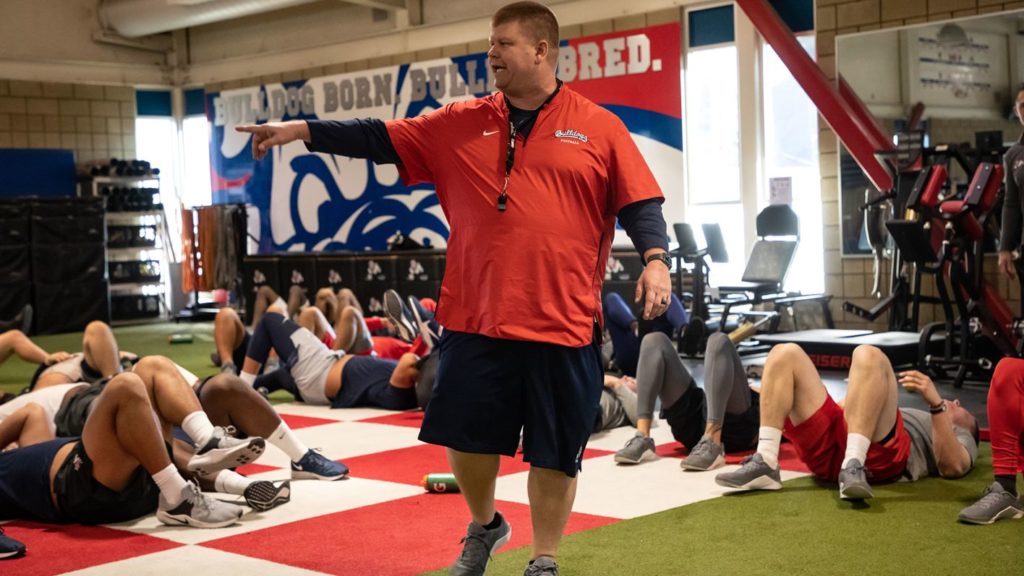 McKeefery comes from sports training company PLAE, which he helped found, where he served as the vice president of performance and education.

Outside of his work with PLAE, McKeefery has an extensive history working with collegiate and professional teams, as well as the military. He was named the Collegiate Strength and Conditioning Coach of the Year twice, in 2008 and 2016.

McKeefery started playing football when he was 7-years-old, and he played collegiately at Ottawa University from 1994-1995 and in 1997, where he earned a bachelor of arts in biology. He also has a master of arts in adult education from South Florida.

He got his start in coaching at his alma mater in 1998 as the assistant defensive backs coach and strength coach at Ottawa University.

From 1998-1998, McKeefery also was an intern strength and conditioning coach with the Kansas City Royals.

McKeefery moved to the NFL for the 1999-2000 season with the Tampa Bay Buccaneers as a part-time assistant strength and conditioning coach. The Buccaneers advanced to the NFC Championship Game in the 1999 season.

In 2000, McKeefery moved over to NFL Europe as the head strength and conditioning coach, where he stayed for one season.

In 2011 he moved to the SEC and signed on with Tennessee as the director of strength and conditioning for the football team.

McKeefery returned to the NFL in 2013 as the strength and conditioning coach with the Cincinnati Bengals.

He returned to the collegiate ranks with Eastern Michigan as the director of sports performance from 2014-2016, where he coached with current Fresno State head football coach Kalen DeBoer.

McKeefery has coached over 100 players at the college level who went on to play in the NFL, including 36 NFL draft picks.