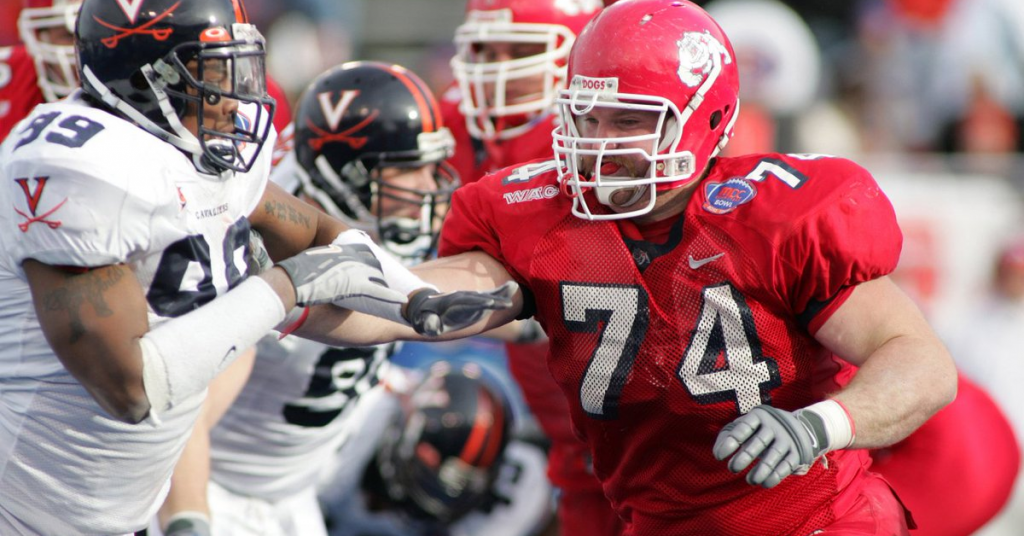 Three former Bulldogs have a shot at being the first players from Fresno State to be selected to the Pro Football Hall of Fame.

Ellard, a product of Hoover High School in Fresno, played for the Bulldogs from 1979-1982 and broke nearly every school receiving record. In 1982, his senior season, Ellard’s 1,510 receiving yards set a then-NCAA record.

After getting drafted in the second round to the Los Angeles Rams, he went on to play 16 seasons in the NFL and finished out his career with the Washington Redskins and the New England Patriots.

When Ellard retired from the NFL, his 13,777 career receiving yards stood third all-time, and he added 814 receptions and 65 touchdowns.

Mankins makes his first appearance as a nominee. The offensive lineman played for Fresno State from 2000-2004 and was drafted by the New England Patriots in the first round of the 2005 NFL Draft with the 32nd overall pick.

Mankins started 40 games for Fresno State and contributed to the 2001 team, led by quarterback David Carr, that was the first in NCAA history to have a 4,000 yard passer, 1,000 yard rusher and two 1,000 yard receivers.

After nine seasons with the Patriots, which included two runs to the Super Bowl, Mankins played two seasons for the Tampa Bay Buccaneers before he retired.

Mankins was named a first-team All-Pro once and a second-team All-Pro five times, and he made it to seven Pro Bowls.

Neal played for the Bulldogs from 1990-1992, when he also earned All-American honors as a wrestler.

The New Orleans Saints selected Neal in the fourth round of the 1993 NFL Draft. He went on to play 17 seasons in the NFL with seven different teams and blocked for a 1,000 yard rusher from 1997-2007.

One of the most notable seasons of his career was 2006, when he led the way for running back LaDainian Tomlinson with the San Diego Chargers to a league-high 1,815 rushing yards and an all-time NFL record 28 rushing touchdowns.

Neal made four pro bowls and was named a first-team All-Pro twice.

With 130 players named as nominees, the list will be reduced to 25 semifinalists in November and 15 finalists in January.