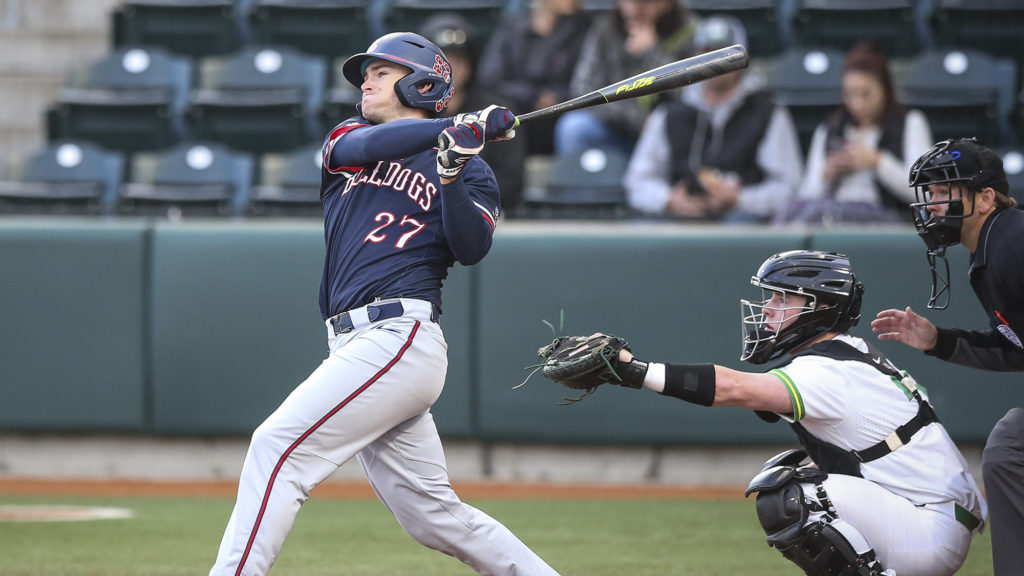 Even though the Fresno State baseball team is coming off a Mountain West regular season and tournament championship, the Bulldogs place second in the 2020 preseason coaches poll, the conference announced Tuesday.

San Diego State was picked to finish first. The Aztecs picked up four first-place votes while the Bulldogs had 2. Coaches were not allowed to vote for their own team.

Arias was a First-Team All Mountain West selection last season and also made the Collegiate Baseball All-American Third-Team. He made 28 appearances last season, racking up a 3.28 ERA and 12 saves in 46.2 tota innings.

Carvajal went 4-0 in 40.1 innings pitched with a 2.68 ERA. He had 48 strikeouts and 10 walks. Carvajal was selected by the Houston Astros in the 2019 MLB Draft, but he declined the offer and chose to return to Fresno State.

The Bulldogs return 23 players from the 2019 team, including 19 who appeared in a game.

Fresno State no longer has the services of former pitcher Ryan Jensen, who was selected as the Mountain West Athlete of the Year for the 2018-2019 academic year. Jensen played three years with the Bulldogs before being drafted No. 27 overall in the first round of the 2019 MLB Draft by the Chicago Cubs.

The Diamond ‘Dogs play their first game of the season on Friday, a home matchup against UC Irvine at 6:05 p.m.

% 2019 Mountain West Co-Freshman of the Year