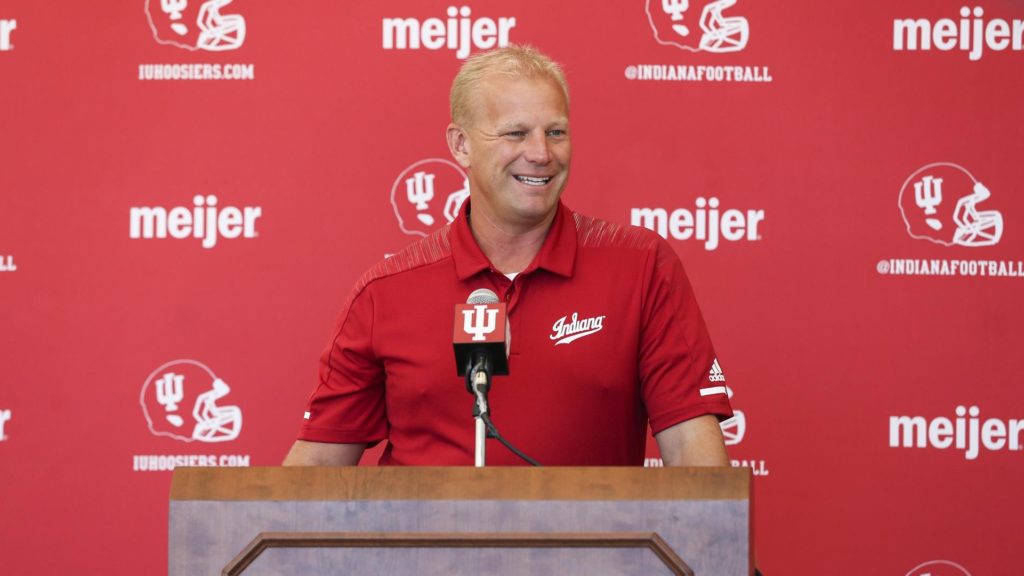 After only three seasons, Fresno State is back on the market for a head coach. Jeff Tedford resigned last week due to his health, leaving the Bulldogs in a position to search for their fifth coach since 1980.

So where does Fresno State go from here? Last time out, former athletic director Jim Bartko ran the search and selected Tedford – a former Bulldog with strong ties to the community. Tedford also came back to Fresno under the premise that is wouldn’t be a stepping stone job to another gig that paid more. He signed on for the long haul and would have been happy making Fresno State his last stop.

This time around, Athletic director Terry Tumey is left with a decision to make: Will he hire a coach with previous experience in Fresno, or will he look outside the Fresno State sphere and bring in someone who has never been a Bulldog before?

Here is a list of potential candidates to watch out for:

DeBoer is the common sense hire. He was the offensive coordinator under Tedford from 2017-2018 before moving to Indiana to take the same position with the Hoosiers.

There’s only two reasons Tumey doesn’t bring DeBoer back to Fresno: DeBoer doesn’t want to come back, or the AD thinks he can hire a better coach – both of which seem unlikely.

DeBoer would provide a seamless transition. The coaching staff could remain mostly intact. Interim head coach Ryan Grubb – the offensive coordinator in 2019 – has coached with DeBoer for eight seasons.

Most of the other assistants on offense coached at Fresno State alongside DeBoer. The same goes for the assistants on defense. If DeBoer comes in, it only makes sense that Bert Watts remains as defensive coordinator and all the other Tedford hires remain.

If DeBoer comes in and retains all the assistants, recruiting shouldn’t be negatively affected. Generally, when new head coaches take over, they clean house, which makes it tough to put a first recruiting class together. That won’t be an issue with DeBoer.

Tedford was making more than $1.5 million per year. DeBoer is currently making $800,000 at Indiana, so Tumey could offer him a substantial raise.

DeBoer also has a successful history as a head coach. He was the head coach at NAIA school Sioux Falls from 2005-2009, where he went 67-3 and won three National Championships.

McElwain spent one season in Fresno as the offensive coordinator in 2007 under Pat Hill. Nick Saban took notice and snagged him for Alabama in the same position from 2008-2011. Since then, McElwain has been the head coach at Colorado State and Florida.

This season he took over a 1-11 Central Michigan team and has turned around the program to an 8-5 record and a spot in the MAC Championship game. It was a very similar transition to what Tedford did in 2017.

McElwain should have been hired after Hill was let go following the 2011 season. Tim DeRuyter – even though he won the conference championship in 2012 and 2013– never should’ve come to Fresno. The administration screwed up big time when it didn’t bring McElwain back to Fresno.

He is currently making under $700,000 at Central Michigan, so working out a salary shouldn’t be an issue. The problem is that McElwain has a $1 million buyout in his contract, so it’s hard to see university president Dr. Joseph Castro approving the financial commitment it would take to bring McElwain back to the Valley.

Naming Steinauer as head coach would be huge. It’s not out of the question to say he’s the best coach on this list, but in all likelihood he’s the least likely to take the job. That’s because he is currently the head coach of the Hamilton Tiger-Cats in the Canadian Football League.

Tedford brought Steinauer to Fresno State in 2017, but he left the following year to return to Canada, where he coached for seven seasons. The Bulldogs had one of the best defenses in the country in 2017 – they ranked 10th in scoring defense, giving up only 17.9 points per game.

In interviews he’s discussed his desire for a work-life balance that allows for enough family time, and he’s said that the working in the CFL offers a better balance than college football.

Steinauer was also recently named the coach of the year in the CFL as he guided Hamilton to a 15-3 record and an appearance in the Grey Cup, so the Tiger-Cats will be eager to keep him north of the border.

One factor could make the difference though: money. His salary with Hamilton isn’t public, but CFL head coaches generally make around $250,000 to $500,000, so a substantial raise in Fresno could be what it takes to sway Steinauer.

The current Utah offensive coordinator presided over Fresno State’s offense from 1998-2001 and helped groom David Carr. Even though he’s coached successful offenses, he’s never been given an opportunity as a head coach.

After he left Fresno, he served as the offensive coordinator at Oregon, Utah, Cal, San Diego State, Wisconsin, Vanderbilt and back to Utah in 2019. Not only did he coach under Hill, but his time at Cal came under Tedford, so he would continue in the same vein as both coaches.

Although Utah just lost in the Pac-12 Championship game to Oregon, the Utes are 11-2 and are ranked No. 11 by the College Football Playoff Committee.

Since Ludwig hasn’t coached in Fresno since 2001, he doesn’t have a connection with the current coaching staff. So, like in McElwain’s case, if Tumey is looking for continuity, he won’t find it with Ludwig.

The rest of the field