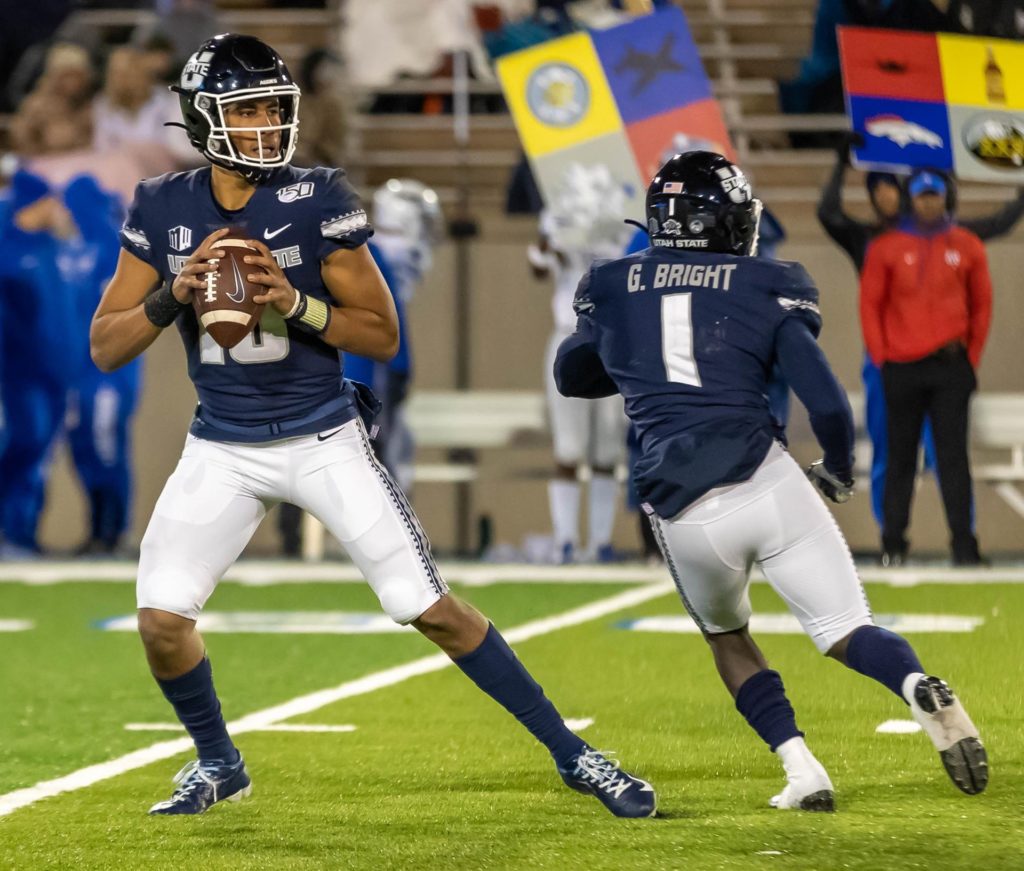 After surviving in Hawaii, Fresno State returns home to face Utah State, a team that hasn’t played all that different than the Bulldogs have so far.

The Aggies are 4-4, including 3-1 in the Mountain West. Overall, they’re a better team than their record shows.

They opened the season with a 38-35 loss to Wake Forest, an ACC team that’s now 7-1. Utah State’s other three losses have been blowouts, although that doesn’t tell the whole story. Those losses were to current No. 1 LSU, an Air Force team that’s blown out many opponents – including the Bulldogs – and BYU.

Their most impressive win was over San Diego State 23-17, handing the Aztecs their only loss of the season.

The Aggies still have a shot at winning the Mountain division, but they’ll have to beat Fresno State on Saturday, otherwise they’ll likely fall too far behind Boise State.

Head coach Gary Anderson rejoined the program this season. He previously was the head coach at Utah State from 2009-2012 before taking over at Wisconsin and Oregon State.

Love is from Bakersfield, where he starred at Liberty High School. This is the first time he’s returned to the Valley as a collegiate quarterback. The Bulldogs and Aggies haven’t played since 2016.

The Aggies’ star quarterback is averaging about 250 passing yards per game, but overall his numbers aren’t quite what they were last year. He’s completing just under 60 percent of his passes and has thrown 9 touchdowns and 12 interceptions.

Although he’s struggled this season, his NFL potential doesn’t look like it’s taken much of a hit. For what it’s worth, many national media outlets seem to have a bit of an infatuation with him. His struggles this year haven’t deterred many, pundits still rank him among the best NFL prospects in the country, not far behind Tua Tagovailoa of Alabama and Joe Burrow of LSU.

Love has a 6-foot-4 frame and the arm strength to make any throw on the field. This is the third straight week the Bulldogs face an exceptional quarterback.

Utah State’s has two running backs that shoulder the load for the rushing attack. Gerold Bright and Jaylen Warren have combined for 126 rushing yards per game and 9 touchdowns.

Love has two top targets at receiver and quite a few other contributors. Siaosi Mariner leads the way with 527 yards and 4 touchdowns, and Jordan Nathan isn’t too far behind with 341 yards and 1 touchdown. The Aggies also have three more receivers that each have over 20 receptions and 200 yards.

The Aggies lost a big piece of their defense last week. Linebacker David Woodward will miss the rest of the season with an undisclosed injury.

Woodward leads the conference in tackles with 93 and is averaging over 13 a game. He’s also forced 4 fumbles, tied for the lead with Fresno State’s Justin Rice, so with his loss the Bulldogs will have a clearer path to victory.

The Aggies’ defense as a whole leads the conference with 14 forced fumbles, four more than the next best team.

Their main issue on defense is stopping opponents on third down. Utah State ranks 11th (out of 12 teams) in opponent third down conversion at 45.2 percent.

The biggest problem for Fresno State could be on kickoffs, which the ‘Dogs have struggled to defend against all season. The Aggies lead the conference averaging 29.1 yards per kickoff return.

Ultimately though, the matchup comes down to what the Bulldogs’ secondary can do against Love. They held Hawaii’s Cole McDonald to a 50 percent completion rate last week, his worst performance of the season. But, realistically, Love is the more talented player and will be looking to prove himself in his return to the Valley.