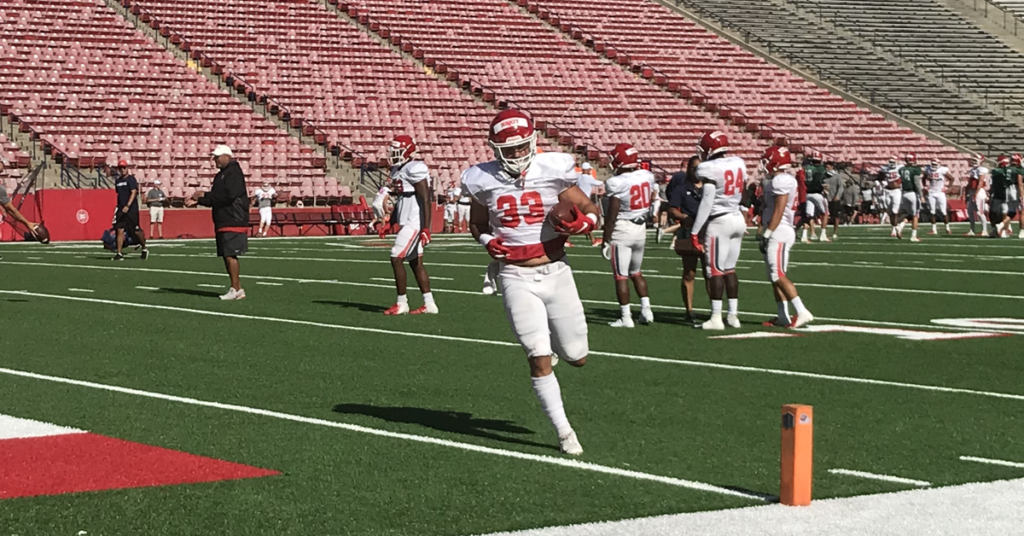 Behind a strong offensive line the past few seasons, Fresno State’s rushing attack has been a consistent and reliable weapon.

And sometimes, as seen in last season’s Las Vegas Bowl win, it’s been a game changer.

Junior starter Ronnie Rivers returns after tearing up the field against Arizona State in the bowl game, where he rushed for 212 yards and two touchdowns.

Rivers is looking to build on that success this season, and he’ll have even more of an opportunity to since fellow running back Jordan Mims was ruled out for the season due to injury.

“[Rivers] definitely has the opportunity to have a great season, and he’s put in the work,” Running Backs Coach Jamie Christian said. “He’s just got to continue to grind and stay humble. If everything goes the way it’s supposed to, he should have a good season.”

The Bulldogs ran for 2,161 yards as a team last season. Rivers and Mims were the largest contributors, rushing for 743 yards and 436 yards, respectively. Fresno State ranked 67th in the country in rushing yards and sixth in the Mountain West.

Two other running backs who were set to be key contributors, junior Romello Harris and freshman Peyton Dixon, will be out for extended periods, head coach Jeff Tedford said.

“It looks like they are going to be long-term knee issues,” Tedford said. “Neither one of them have had surgery yet, but we’ll see if that comes about in the next couple of days what the rehabilitation time will be for them.”

With the injuries, senior Josh Hokit returned to running back from linebacker, giving the ‘Dogs much needed experience and depth.

“That’s one thing that we really talk about a lot in the RB group, just next man up,” Rivers said. “We’ve got a lot of depth in our position. Coach always talks about just putting out the best product, and I think there’s a lot of guys that can go out there and do their thing.”

In 2016, his freshman year, Hokit played on both sides of the ball, earning reps at linebacker, fullback and eventually running back, where he played for the next two years. He switched to linebacker after last season, but returned to running back last Saturday.

“I’m excited,” Hokit said. “I was planning to redshirt and play linebacker. I didn’t expect to be on the offensive side of the ball again, but it is what it is. My story’s already written. I’m just excited to step in and help the team win.”

Christian and Tedford shared praise for Hokit. Tedford said the running back never missed a beat and has always been dependable.

“To be honest with you, I never wanted [Hokit] to leave,” Christian said. “He’s a great running back. Being able to do that, and knowing he’s played a lot at that position – and he knows the plays – makes me feel comfortable about it. He’s a great player, and I’m glad he’s back.”

While Rivers and Hokit will see most of the workload, junior Saevion Johnson will be part of the running back by committee. He played sparingly last season, mostly in mop-up duty. But he did rush for 6.2 yards per attempt and scored three touchdowns.

The ‘Dogs also added sophomore Jevon Bigelow, who transferred from Wyoming. His eligibility is still up in the air due to NCAA transfer rules, but if he’s given the green light, he’ll be ready to go.