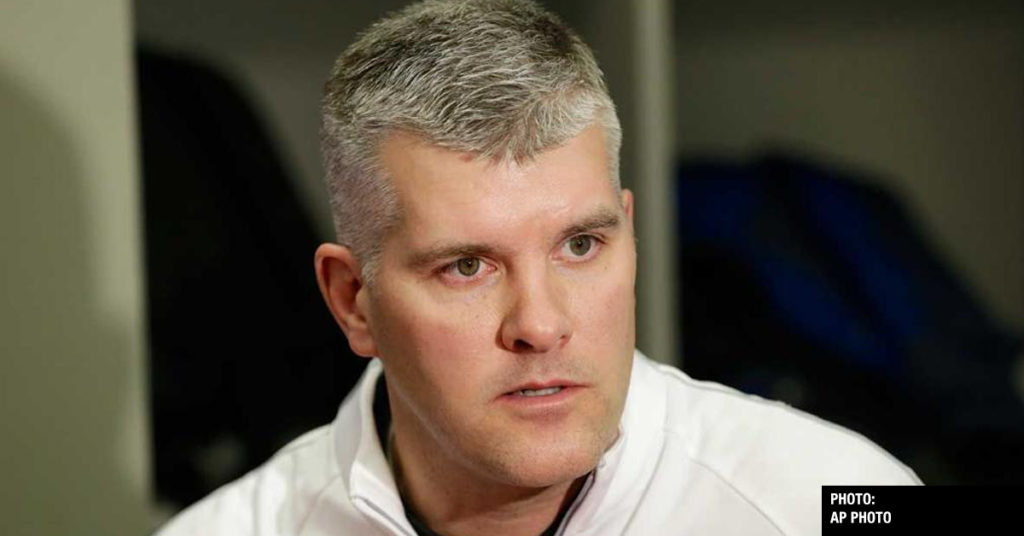 Fresno State Quarterbacks Coach and Passing Game Coordinator Danny Langsdorf is in his first year in the program, but he brings an extensive coaching history with him.

Langsdorf was hired before spring practices started from Oregon, where he was an offensive analyst for one year.

Langsdorf has a history with one of Fresno State’s biggest rivals: Boise State. He played quarterback for the Broncos from 1991-1993 when they were still in the Big Sky Conference in Division I-AA. He transferred to Linfield College after the 1993 season to finish out his college career.

The Sun caught up with Langsdorf after practice to get his thoughts on the job and the quarterbacks.

Daniel Gligich: You have an extensive history as an offensive coordinator, what made you want to come to Fresno State?

Danny Langsdorf: I had a chance just talking to Coach Tedford, and the opportunity was there, so it was really good. I’ve known Coach for a while, and coached against him, so just the chance to join up with him was intriguing and I’m excited to be here.

DG: Did you know anything about Fresno State before you arrived?

DL: I played against them at Nebraska. I hadn’t been out here before, but we had faced them before in the past. I’ve known that it’s always been a tough, hard-to-play team. The history is they’ve played anybody, anywhere in the Pat Hill days. And I know it was a game on the schedule that was always one that you were circling as a non-conference game that was going to be a tough game. I was excited about the opportunity with the group of guys and the history that they’ve had here, especially the last couple of years with how good the program’s been.

DG: What are the challenges in getting a quarterback like Jorge Reyna ready for his first career start?

DL: I think that’s the biggest challenge, that you really can’t simulate game experience. He’s going to have to grow up in a hurry. We’re doing our best to put him in as many different situations as we can so that he’s comfortable and prepared, ready to play. But there’s nothing like playing in games. So we have to do our best to keep him focused and poised in his first start, and that will be important to get going early with him with some easy plays and some things that can get him some confidence.

DG: What does Reyna excel at?

DL: He really gets rid of the ball well. I like the speed at which he plays. I think he’s got good pocket awareness. That ball comes out quickly, which is good to see. I’ve been impressed with that. I’ve been impressed with his knowledge of what we’re doing. He’s been really consistent through fall camp. I’m excited to have him take that into the game, and hopefully we can continue to spread the ball around and not turn the ball over to the defense.

DG: How have the younger quarterbacks performed?

DL: I think Ben [Wooldridge] has made some good strides in camp, really had a good day today. I think you’ve seen a lot of improvement from Steven [Comstock] too. He’s done a nice job with probably a few less reps than the other guys, but at the same time big strides from spring until now. Better understanding, better job taking care of the ball, more accurate. All the things that we’re asking from position, I think he’s showing. I’m excited about both those guys in their backup roles.

DG: Since you played quarterback at Boise State, are you hoping you get to face them in the Mountain West Championship?

DL: I’d love to. I’ve played them a couple of times back in the Oregon State days, always fun to play those guys. They’ve done such a nice job through the years. We weren’t nearly as good when I was there, and they’ve done nothing but win. So it will be fun to hopefully get to play them here at the end of the year.