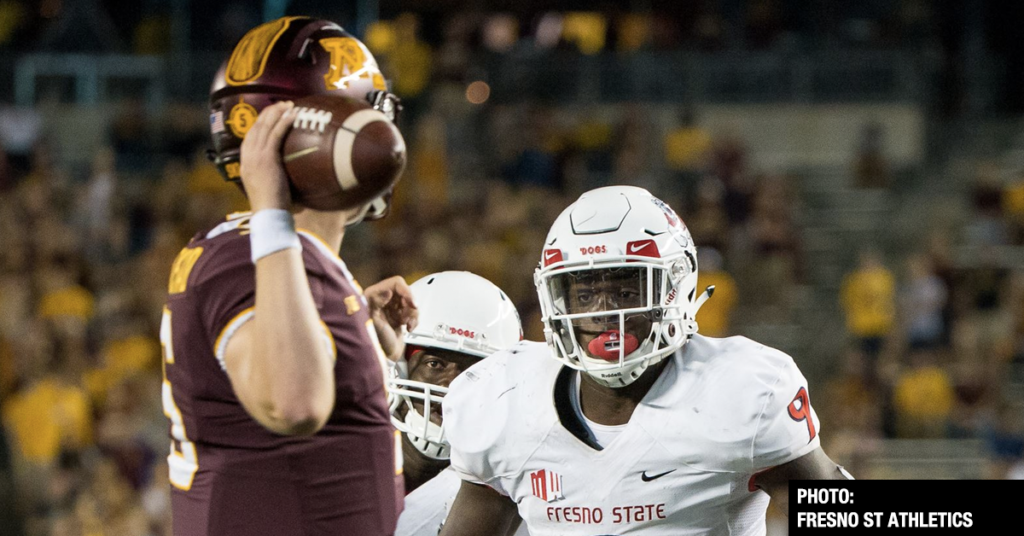 Fresno State (0-1) returns to Bulldog Stadium for the home opener Saturday against Minnesota (1-0) of the Big 10, the second consecutive Power 5 opponent for the Bulldogs.

While South Dakota State is one of the best FCS schools around, it shouldn’t have been a close game. It’s plain and simple: No Big 10 team should ever have a close game against an FCS team.

So what happened to Fresno State’s second opponent during their season debut?

South Dakota State held a 21-20 lead heading into the fourth quarter and had the momentum until a costly fumble on an exchange between the quarterback and running back.

Minnesota quarterback Tanner Morgan threw for 176 yards and had one touchdown and interception, not performing particularly well against the FCS opponent.

Minnesota head coach P.J. Fleck is in his third year in Minneapolis with an overall record of 13-13, including going 6-6 last season.

The biggest change is at quarterback. Last season, the ‘Dogs went up against Zack Annexstad and were able to hold him to 175 passing yards and no touchdowns.

Annexstad is out with an injury, meaning quarterback Morgan will face the ‘Dogs. Morgan started the final six games of the season last year while Annexstad was dealing with other injuries, so the Gophers aren’t without an experienced quarterback.

Given the unit’s size, the linemen are aptly nicknamed the Minnesota Movers. These guys are massive.

While Fresno State won’t see a group like this the rest of the year, the Bulldogs will likely see more talented O-lines. The unit struggled against South Dakota State giving up two sacks. The O-line didn’t run-block well either – the offense only averaged 3.1 yards per carry.

Wide receiver Tyler Johnson leads the offense and is the best returning player. Last season he had 78 receptions for 1,169 yards and 12 touchdowns en route to being named a First Team Big 10 selection.

Johnson didn’t perform well in the opener, however, only coming up with three receptions for 28 yards.

Minnesota’s defense lost its two leading tacklers from last year, but linebacker Thomas Barber returns having played in 35 games, including starting 26 of them.

Right defensive end Carter Coughlin is a force to be reckoned with and will be the Bulldogs’ No. 1 problem. Coughlin has 16 sacks and 26.5 tackles for a loss over the last two years.

Minnesota ranked in the middle of the pack nationally in scoring offense and defense in 2018, placing 65th and 59th out of 130 teams.

The offense was the fourth-least penalized group in the country, while the defense came in well above average at 30th.

This matchup figures to be the toughest road game for the Gophers, who have an easy road-slate in their conference games against Purdue, Rutgers, Iowa and Northwestern.