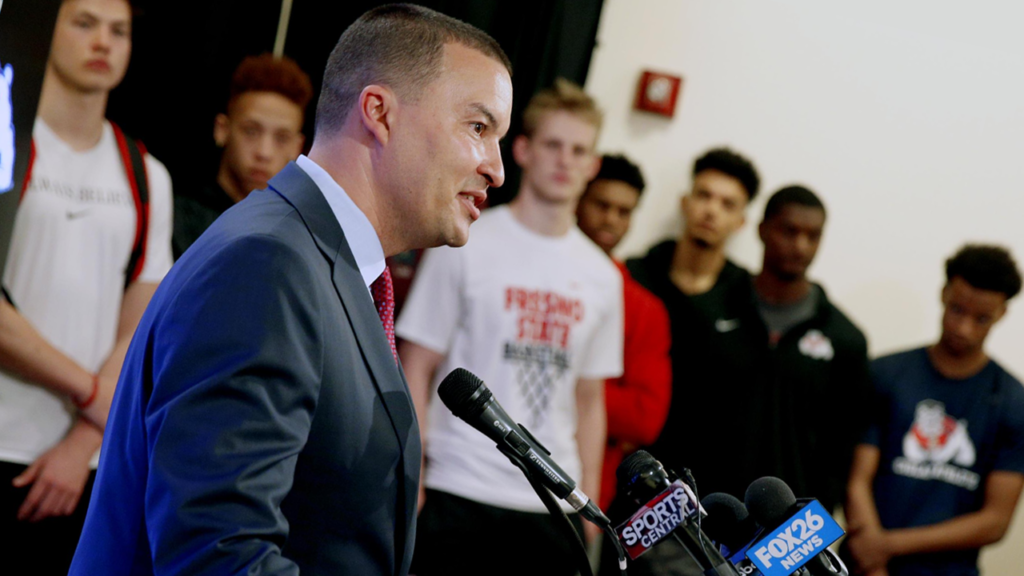 Coming off an injury-riddled season, Fresno State men’s basketball coach Justin Hutson has made moves in the transfer portal to bring in much-needed experience.

However, the Bulldogs also took on a few transfer losses in the process.

On Monday, freshman guard Jarred Hyder entered the transfer portal, making him the fifth Bulldog to do so.

Hyder’s exit comes as a surprise, considering the amount of playing time he received. He started 24 games, averaging 9.1 points per contest. He also played nearly 32 minutes per game.

So far, Hutson has three players coming in through the transfer portal. On Sunday, Hutson secured the commitment of Devin Gage, a grad transfer from DePaul.

Hill and Stroud will enter the program as sophomores, and they might not have to sit out a year.

According to reports, the NCAA is considering allowing all players a one-time transfer, which would be in effect immediately. The NCAA will discuss the potential rule in April 24 and will vote on May 20.

The NCAA is also considering players immediate eligibility who are transferring close to home during the COVID-19 pandemic. So with two possibilities coming from the NCAA, it looks like Hill and Stroud will be making an impact on Hutson’s squad when the season starts.

Hill, a Bakersfield native, played in 31 games for Tulsa his freshman year and 4.2 points and 20.5 minutes per game. He scored a season-high 14 points in a win over Boise State last December.

Gage will be eligible to play right away regardless of what happens with the NCAA because he is a grad transfer.

With senior guards Noah Blackwell and New Williams graduating – along with Hyder no longer taking a starting spot – Gage should jump into the starting lineup.

Even without Hyder, the ‘Dogs still have a young group led by forward Orlando Robinson and guard Niven Hart. Both will be sophomores next season.

With Hyder’s exit, Fresno State now has 12 players on scholarship, one shy of the limit. The freshman guard’s transfer, potentially , couldn’t have come at a better time for the ‘Dogs.

Jalen Green – a superstar during his time at San Joaquin Memorial and arguably the best high school player in the nation – is set to announce his commitment on Friday.

It’s important to note that Fresno State has the room for him if he chooses to be a Bulldog.

Green moved to Prolific Prep in Napa for his senior season, but with a scholarship offer from Hutson, he could make the decision to return home and captivate Fresno one more time.

Auburn and Memphis are the rumored frontrunners for Green, but – in addition to Fresno State – he is reportedly considering offers from Florida State, Oregon, and USC.