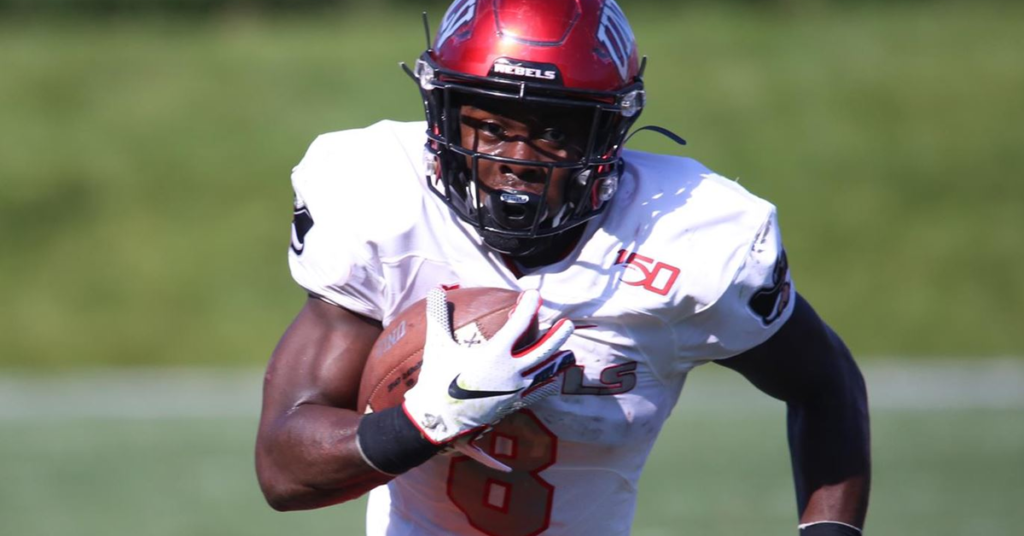 UNLV’s offense is built around the run, making that two weeks in a row the Bulldogs face an offense that’s powerful on the ground.

This time around, though, is a little different. With no option to worry about, the ‘Dogs can focus on a more traditional offense that’s focused on gap alignments.

In the 34-10 win against Vanderbilt last week, the Rebels ran the ball 51 times for 210 yards. Vanderbilt had no answer on defense and struggled with gap control – struggled with filling the spaces between each offensive lineman, giving the Rebels’ running backs space to run.

“It just looked like Vanderbilt didn’t have good gap control, and that’s what we’re harping on big time – is know your fit and attack your fit,” Rice said. “No offense to Vandy, but it didn’t look like they did that. It looked like they were jumping out of gaps, and we’ve got to control our gap and not jump out of gaps. That creates seams and big run plays.”

Moving over to what Fresno State’s defensive backs will face this week, they’ll be in for more action. If UNLV establishes the run early, then the ‘Dogs won’t have too many pass attempts to defend. UNLV quarterback Kenyon Oblad only threw the ball 16 times against Vanderbilt.

But Air Force went back in time and only threw the ball three times last week, so it’s a completely different look this week.

“UNLV’s a solid team,” cornerback Chris Coleman said. “We can’t take them lightly. They have some good receivers, but we also have good DBs. And we’re ready to compete at all times. The fact that they do throw the ball a little bit more, tt feels better on my part because now I feel more involved in the game rather than just tackling every single play.”

If Fresno State’s run defense holds up – or the Bulldogs take a large lead early – the Rebels will be forced to throw. Oblad had a combined 86 pass attempts in the losses to Boise State and Wyoming.

The Rebels’ passing attack is based on shorter throws with curls and mesh concepts – where two receivers cross at a point over the middle. But they’re not afraid to take a shot deep, like they did against Vanderbilt with a 63-yard touchdown pass on a streak route.