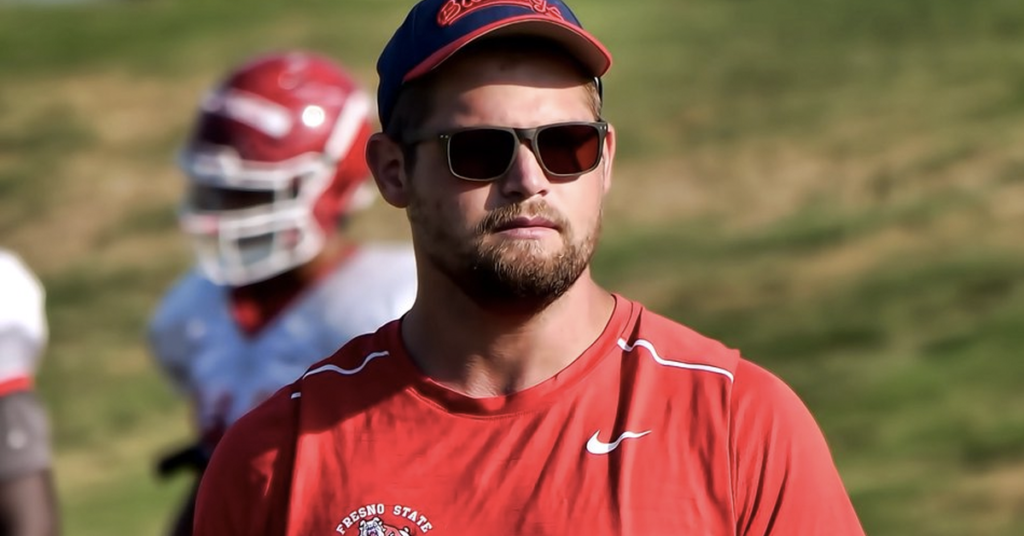 Update: Travis Brown posted an update to Twitter on his condition Monday. The former Bulldog linebacker thanked everyone for their support and said that he is getting better.

“The support has been overwhelming the last 24 hours since my mom posted on Facebook. I appreciate everyone’s well wishes and prayers as I recover from home! They mean a lot to me.

“I’ve had a few scary nights with this but woke up today feeling less pain in the chest and breathing better. The doctors I have been in contact with are hopeful that I should be getting over the hump any day now.

“Once again I want to thank everyone for reaching out and showing support! Please be safe out there and continue to stay inside to flatten the curve!”

March 22, 2020: Former Fresno State football standout Travis Brown is one of the six individuals with a confirmed case of coronavirus in Fresno County.

Brown’s mother, Mindy Brown, announced that her son was the fourth confirmed case in a Facebook post on Sunday.

According to the Fresno County Department of Public Health, five of the cases are travel related and one of the individuals contracted the virus from person-to-person interaction.

“On March 14, Travis’ condition was so scary that he was taken by ambulance to Clovis Community Hospital, which is staged and ready to combat the virus,” Mindy Brown wrote. “Travis was released from the ER later that day and told to self-quarantine until they received his test results.

“He had already strictly isolated himself though, because his sickness felt different than any flu or cold he’d ever experienced. It has been over a week people, and we still have our fingers ready to hit the 911 button because this thing is a monster.”

Mindy Brown said that she and her son felt it was their duty to share his experience with coronavirus because they feel that many people are not taking it seriously.

“We all need to do better at this,” Mindy Brown wrote. “You could be carrying this virus and not even know it. You need to comprehend there is nothing that can be done for you if you get this. If you are lucky enough to get a hospital bed, it doesn’t mean there’ll be a ventilator for you, which is why we need to flatten the curve.

“In closing I want to reiterate that this virus has brought my big, strong, young and healthy son to his knees.”

Travis Brown starred at linebacker for the Bulldogs from 2009-2012 and made 38 consecutive starts to finish out his collegiate career.

His father, Dan Brown, was an assistant coach for Fresno State from 1997-2009 and served as defensive coordinator for the final seven seasons. He passed away from brain cancer in 2009.