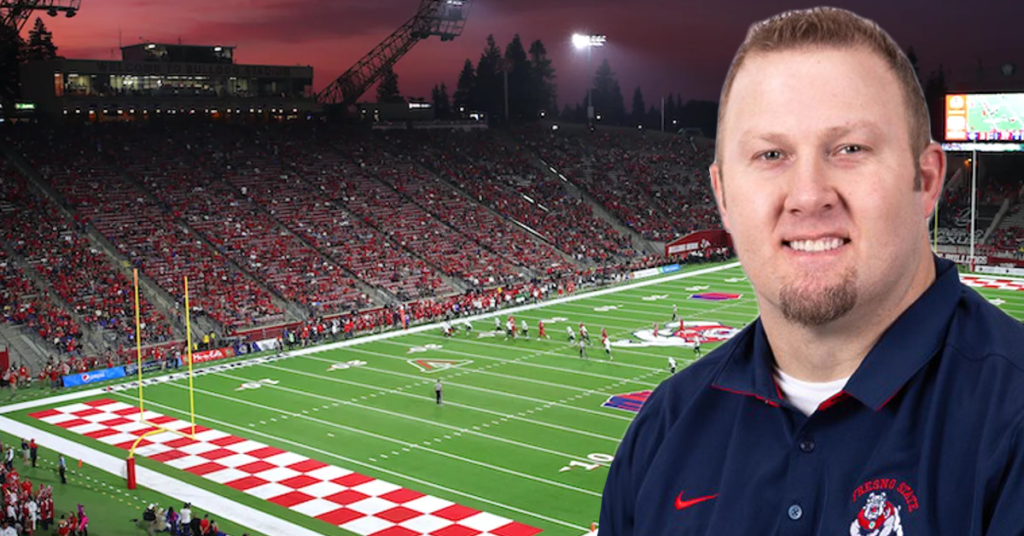 Long before Eric Schmidt knew him or wound up on Kalen DeBoer’s coaching staff, he found himself rooting against DeBoer.

Schmidt – the defensive line coach and special teams coordinator for the Bulldogs – was in high school in the 1990s, and his brother was playing college football. At the same time, DeBoer – Fresno State’s head football coach – was playing wide receiver at the University of Sioux Falls.

“When we got to work together, we kind of put two and two together because my older brother was playing on the team that [DeBoer] was playing against in an NAIA playoff game sometime in the mid ‘90s,” said Schmidt in a teleconference Thursday. “So really that was the first time we had ever been in the same area together.”

Although they didn’t meet each other at the game, they would go on to work together from 2010-2013 at Southern Illinois – Schmidt working with the defense and DeBoer with the offense.

Their coaching relationship and friendship grew from there in easy fashion. Their families were close in age and had similar interests, Schmidt said, and one of DeBoer’s daughters was even born in the same hospital just a couple months after one of Schmidt’s sons.

“We were like-minded,” Schmidt said. “We were in the same time period in our life, so we just gravitated towards each other and had some success there and just kept in touch.”

They went their separate ways in 2014: DeBoer to Eastern Michigan and Schmidt back to North Dakota, his alma mater.

Fast forward to December 2019, Schmidt had just returned home to North Dakota after a game in Louisiana, and DeBoer gave him a call.

DeBoer told Schmidt that he was going to interview for the Fresno State job, and he wanted to know if Schmidt was interested in joining him in the Valley if everything went well. Although the decision to leave North Dakota was difficult, Schmidt was on board.

“I think it’s a pretty normal story,” Schmidt said. “Everybody has names that you have for certain positions if you’re ever going to get a job like this, and he called and I was ready to jump on board. I think if it wasn’t Kalen DeBoer for me – that was a huge selling point just to be able to go work for him.

“Because I know that in recruiting and just how you coach kids and your players and how you treat them, you’re not going to have to compromise your morals in order to do that, because that guy, he’s going to do things with integrity and class. And that was a big piece for me.”

With the move to the Valley, Schmidt won’t have to shovel snow off his driveway anymore. He gets to bring his intensity, toughness and consistency to the defensive line as the coaches figure out how to distribute playing time to an experienced group.

“Upfront, there’s a lot of open positions there, there’s a lot of reps right now that are up for grabs,” Schmidt said. “We’re going to play the best players on the 2020 team, not necessarily the best players on the 2019 team. Our guys are working, and a lot of times guys, maybe they won’t work until a door opens. The door’s wide open, so they’re going to work now while they’re waiting to get into practice once the pandemic goes away.

“I like the makeup of our guys. I think the one thing that I’m hoping to bring is just a standard of excellence, and just that we’re going to play really really tough – day in and day out, week in and week out – and really be that for our defensive football team. If the rest of the team can feed off of our standard of work and just our toughness, then I think that will bring another level of success to our football team.”