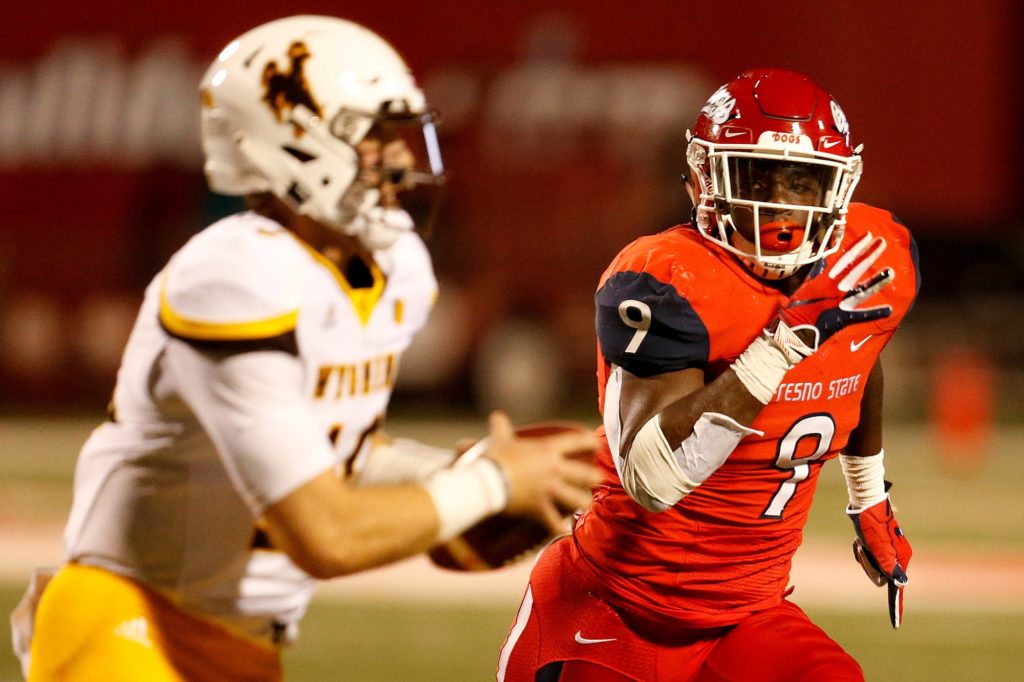 Shortly after the conclusion of the NFL Draft in Nashville, a number of Fresno State Bulldogs had their phones ringing.

The end of the draft means the start of signing undrafted free agent players. And the Bulldogs managed to get four of their stars signed by teams after the draft.

Allison, a Miami, Fla. native, was named the Mountain West Defensive Player of the Year in 2018, amid Fresno State’s dominant run to a Mountain West championship.

During the season, Allison racked up 132 tackles – with six for a loss – and two interceptions.

In the moments after the Draft concluded, Allison simply tweeted:

The story hasn’t been written for me yet 💯🙏🏾

Standout Corner back Tank Kelly signed as a free agent with the Baltimore Ravens.

Wide Receiver Jamire Jordan is headed to Kansas City to compete with the Chiefs during training camp.

As for Fresno State quarterback Marcus McMaryion, no undrafted free agent deal has been signed. However, in a twist of fate, he did accept an invitation to participate in the Oakland Raiders’ rookie mini-camp in Alameda.

The Raiders, of course, are home to Fresno State sensation Derek Carr.

McMaryion will report to Alameda on Friday.