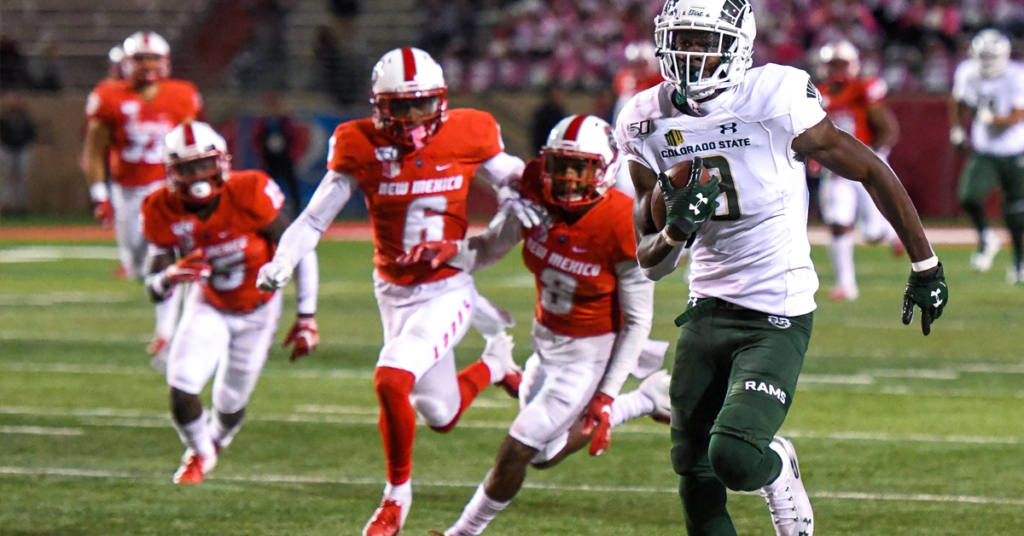 With a 2-5 record (1-2 in the Mountain West), Colorado State isn’t in the best shape coming into Bulldog Stadium on Saturday. But the Rams are coming off a bye week, so the Bulldogs will face an opponent who has had two weeks to prepare for them.

Head coach Mike Bobo hasn’t had the most successful tenure at the helm of the Rams, and he may be forced out the door sooner rather than later. He was hired in 2015 and went 7-6 for three consecutive seasons before dropping to 3-9 last year.

Despite the undeniable talent on the team, it doesn’t look like the Rams will do much better than last year.

The lone FBS win for the Rams was their most recent game against New Mexico, where they won comfortably 35-21.

Colorado State lost its starting quarterback in the third week of the season against Arkansas. Colin Hill suffered his third torn ACL on his left knee. Backup Patrick O’Brien took over, and it hasn’t been much of a drop off in production.

O’Brien is a transfer from Nebraska, and he was one of the top quarterback recruits in the nation coming out of high school. His high-flying prospects out of high school have yet to translate to the collegiate level, but he’s beginning to put up some big numbers this season.

In the New Mexico win, O’Brien threw for 420 yards, three touchdowns and no interceptions. He completed 73.5 percent of his passes – his best collegiate performance. Colorado State ranks second in the Mountain West with 319 passing yards per game.

Outside of O’Brien, his supporting cast is very talented, though it took a major hit Tuesday when Bobo announced that running back Marvin Kinsey Jr. has been suspended indefinitely.

Bobo has been tight-lipped over details related to Kinsey’s suspension, The Coloradoan reported.

To say it’s a loss for the Rams is an understatement: Kinsey leads the conference with 703 yards and has 6 touchdowns on the ground. He’s averaging 5.8 yards per carry.

Marcus McElroy is the next man up for Colorado State. He’s seen limited playing time this year, accumulating just 123 yards on the ground.

The big-play potential comes at wide receiver. The Rams have two talented receivers who consistently produce every week and rank second and third in the conference in receiving yards.

Standing at 6-foot-6, Warren Jackson is one of the tallest receivers in the country. He accumulated 214 yards and 2 touchdowns against New Mexico. His counterpart is Dante Wright, who’s a much shorter 5-foot-8, but uses his speed to make plays. He’s averaging more than 15 yards per reception.

On defense, the Rams excel against the pass, but they can’t stop the run. Colorado State ranks first in the Mountain West in pass defense, giving up only 177 yards per game.

Yet, The Rams are next-to-last in run defense in the conference and a bottom-10 unit nationally giving up more than 220 yards per game.

No specific player has stood out on the defense. The Rams rank near the middle of the pack nationally in turnovers and are in the bottom half with about 7 penalties per game.