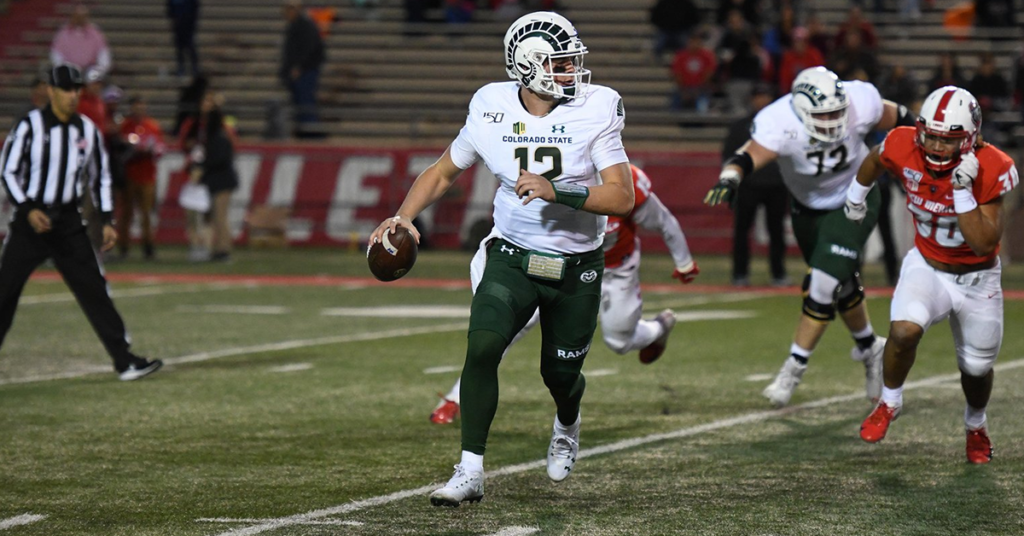 With Tuesday’s news that Colorado State running back Marvin Kinsey Jr. was suspended indefinitely, the weight falls even more on the shoulders of Rams quarterback Patrick O’Brien to carry Colorado State during its face-off in Fresno.

Kinsey Jr. leads the Mountain West in rushing yards, and his backups have not played very much. The workload will fall to junior Marcus McElroy and a pair of freshmen: Jaylen Thomas and Christian Hunter. The trio have combined for 213 yards on 62 attempts this season. Thomas scored the lone touchdown of the group.

Compare their numbers to what Kinsey Jr. did in the seven games before his suspension: 703 yards, 6 touchdowns and 5.8 yards per carry.

Although the group is inexperienced and relatively unknown, Fresno State defensive coordinator Bert Watts called it a “next man up” situation.

“They’ll come at us just as aggressively and as hard as they would with him,” Watts said.

With the uncertainties in the run game, it’s become as important as ever for the ‘Dogs to find a way to stop O’Brien and his two big-play wide receivers.

O’Brien is a classic old-school pocket passer. He stands at 6-foot-5 and weighs 244 pounds and has an arm to match his size. Watts said that he pushes the ball down field well from the pocket.

“He likes to stay in there,” free safety Wylan Free said. “He likes to dish the rock. We’re not facing a running quarterback right now, so we’re not really too worried about him getting out of the pocket and making plays with his feet – just staying in coverage on the back end and hoping our d line gets to him on the front end.”

In other words, he’s not Jorge Reyna. For as much as Reyna embodies the dual-threat ability expected in many modern collegiate spread offenses, O’Brien exemplifies the classic pro-style approach with the ability to make any throw necessary.

O’Brien took over the starting spot midway through the Rams’ loss to Arkansas when Collin Hill suffered an ACL injury. He played poorly in the loss to Utah State, but in his other three starts he’s completed more than 60 percent of his passes and has thrown for over 400 yards twice.

His receivers will present the Bulldogs with one of their biggest tests all season. They may even be the best group the ‘Dogs have seen since USC.

Dante Wright and Warren Jackson are second and third in the Mountain West in receiving. They combine for over 15 receptions per game. With the Kinsey Jr. suspension, Wright and Jackson should have an increased opportunity to get the ball thrown their respective ways.

Wright is a true freshman, but that hasn’t held him back. He’s averaging nearly 16 yards per reception and already has 6 receptions for more than 25 yards, including two that went for 75 yards apiece.

With his size and ability making Jackson a natural target, and with the fact that Kinsey Jr. is out, it means that the ‘Dogs will have ample opportunity to repeat their 3-interception performance they had last week against UNLV.

“It’s definitely an exciting feeling, because you know at least when you’re out there and you’re guarding him, you know it should be their primary target because he’s 6’6″ with the advantage,” Free said. “You’re going to get the ball thrown at you. You’re going to have some time, some chances to make great plays – interceptions, bat downs. It’s going to be an exciting week.”