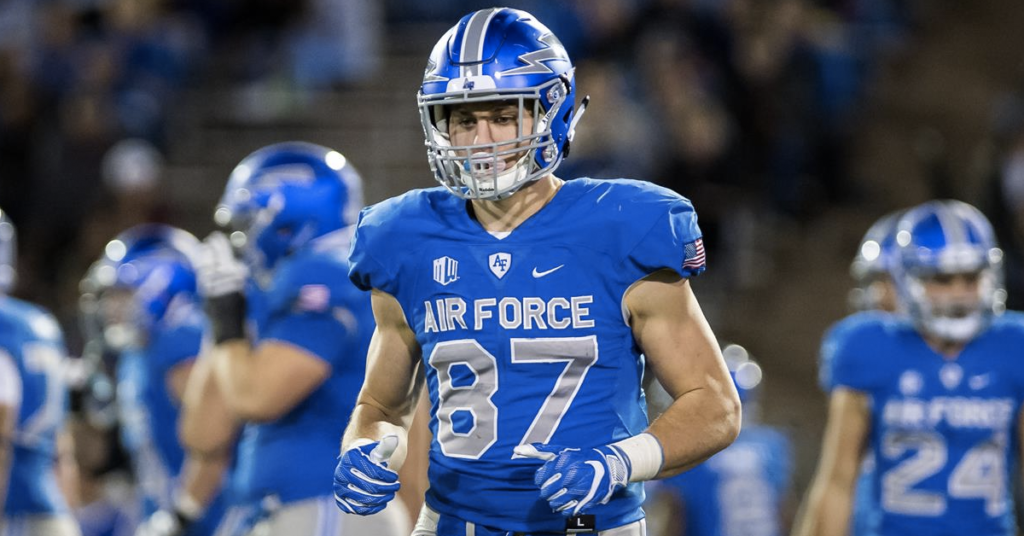 Air Force (3-2) comes into Saturday’s matchup against Fresno State (2-2) with experience all around, starting with head coach Troy Calhoun.

Calhoun – one of the longest tenured coaches in the nation – is in his 13th season with the Falcons. Only seven coaches have been with their respective programs longer.

His players follow suit. All 22 starters are either juniors or seniors –  a stark contrast to the Bulldogs.

Air Force lost to rival Navy last week, 34-25, in a game that was an emotional rollercoaster for both military academies.

Navy had 21-9 lead heading into the fourth quarter, and Air Force stormed back with a field goal and two touchdowns to take the 25-21 lead with 3:15 left. But Navy put together a game-winning touchdown drive and also returned a fumble for a touchdown as time expired.

The Falcons’ other loss came at then No. 20 (now No. 14) Boise State, 30-19. The three wins came against Football Championship Subdivision school Colgate, Colorado and San Jose State.

It’s the triple option offensive scheme that generates headlines for the Falcons, rightfully so. With quarterback Donald Hammond at the center of the action, the rushing attack is a force to be reckoned with.

Air Force ranks fifth nationally with 287 rushing yards per game and is third with 56 rushing attempts per game. Naturally, the only two teams that rush more than Air Force are Army and Navy.

Six players have over 100 rushing yards on the season, led by fullback Taven Birdow and running back Kadin Remsberg, who both have over 350 yards on the ground. Hammond is third on the team with 212 yards. The trio is averaging a very good 5.1 yards per attempt.

Also watch out for running back Joshua Stoner. While he only has 118 rushing yards on the season, he’s averaging 11.8 yards per attempt.

To put Air Force’s run game into perspective, compare it to Fresno State’s. The Bulldogs are right in the middle of the pack nationally with 161 rushing yards per game.

Outside of the run game, the Falcons don’t have much else going for them on offense. While Hammond has a strong arm and is very athletic, he’s struggled with accuracy this year completing under 50 percent of his pass attempts. He is averaging 20 yards per completion though, so when he does connect with his receivers, it’s for a big gain.

Hammond’s top target at receiver is Geraud Sanders, who leads the team with 335 receiving yards and three touchdowns. Benjamin Waters is the other top receiver. He’s a big play threat, averaging 30 yards per reception.

Defensively, the Falcons are as solid as any team the Bulldogs will face this season. The Falcons rank near the top of the Mountain West in all defensive categories with no holes or weaknesses.

Junior cornerback Milton Bugg III has been a standout player so far and is responsible for the Falcons’ two interceptions of the season.

Overall, Air Force dominates in time of possession. The Falcons control the ball for over 33 minutes a game, good for second in the Mountain West and 14th in the nation. Opposing teams don’t have many opportunities with the ball against Air Force, so Fresno State will have no room for error Saturday.