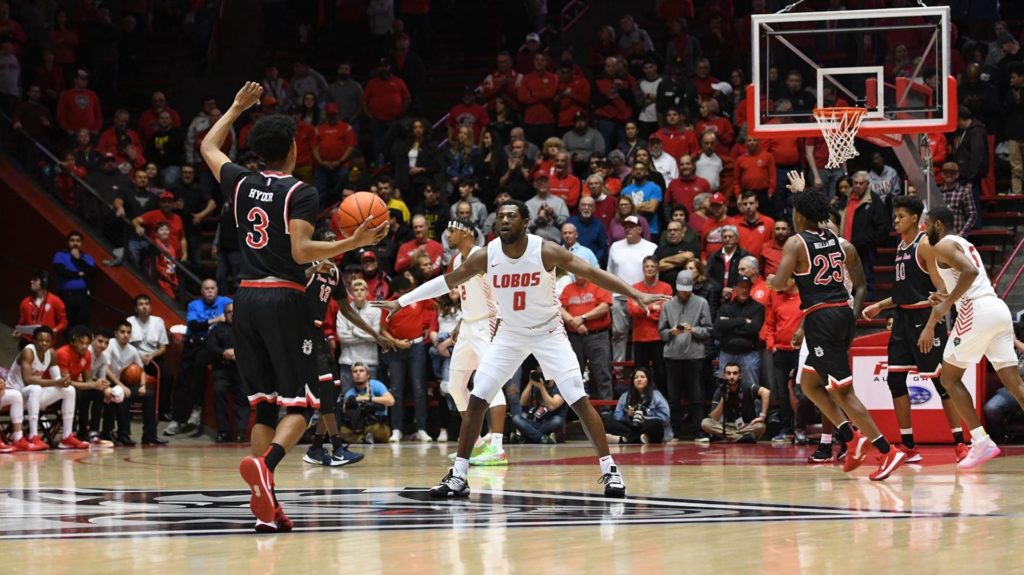 Coming off a 34-point loss at home to Boise State last week, the Bulldogs bounced back at Air Force on Tuesday, winning 79-68.

Now the Bulldogs turn their attention to New Mexico. They lost the first matchup on the road 78-64 on Jan. 7 and have a chance at revenge on Saturday at 2 p.m. at the Save Mart Center.

The Lobos are 16-7 but are on a 2-game losing streak which saw them get blown out by Nevada and San Diego State.

“They have a couple guys that are out, so they just had a tough game vs San Diego State,” Hutson said. “But they’re very talented. They play better at The Pit [New Mexico’s arena] than they do at the road, but they’ve had some good games on the road. They have a great record and nice coach, and it’s going to be a tough challenge for us, even with the guys that they have out.”

With all the Lobos currently out, the Bulldogs should be in for an easier time in Round 2. New Mexico was missing four starters on Wednesday against San Diego State, and it doesn’t look like things will change before Saturday.

Forward Carlton Bragg was kicked off the team following an arrest on Jan. 12. Bragg was charged with aggravated DWI and possession of Marijuana. Although he was one of New Mexico’s leading scorers this season, he only managed to score 2 points against the Bulldogs on Jan. 7.

Bragg was previously suspended for three games earlier in the season after he was accused of attempted rape.

Guard J.J. Caldwell was suspended indefinitely in December for alleged battery against his ex-girlfriend. He missed the first game against Fresno State and remains suspended.

Guard JaQuan Lyle, who is leading New Mexico with 17.1 points per game, was suspended for two games following a shooting at a party he hosted. He sat out against San Diego State and will not play against the Bulldogs as he serves out his suspension.

While the Lobos were on the road at Nevada on Jan. 25, Lyle remained in Albuqeurque because he was nursing a knee injury. He rented a house through Airbnb and threw a party that saw two women wounded by gunfire.

According to Albuqeurque’s CBS affiliate KRQE, the house suffered extensive damage, including shattered doors, windows and broken furniture that amounts to over $7,000 in damages.

The final Lobos starter out is guard Vance Jackson, who scored 29 points against the Bulldogs a few weeks ago. Jackson has missed the last two weeks with a knee injury.

New Mexico has not officially ruled out Jackson from Saturday’s contest, but according to reports from Albuquerque, it is doubtful that he will play.

At 3-7 in conference play, Fresno State sits in eighth place. The Lobos are right above in seventh place with a 5-5 conference record.

With all the players out for New Mexico, a win Saturday would give the Bulldogs a good chance at overtaking the Lobos for the No. 7 seed in the Mountain West Tournament.