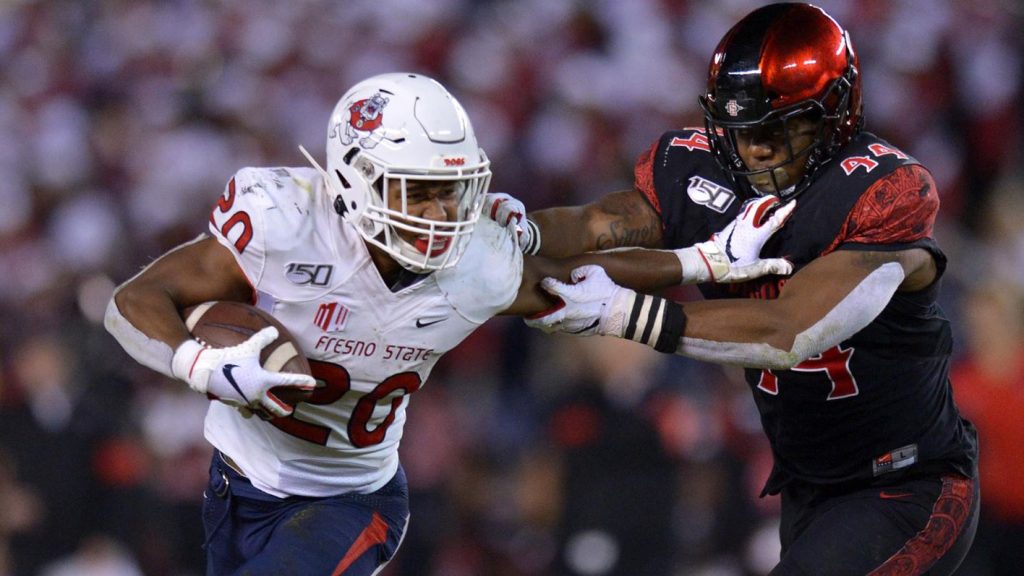 Even though there has not been confirmation yet that a season will even take place, the preseason pageantry for Mountain West football is underway.

The Mountain West announced the media poll predictions Tuesday, with Fresno State picked to finish fourth in the West Division.

San Diego State received most of the media’s love and is expected to win the West, taking 19 first-place votes.

Nevada was the only other team to draw any first-place votes with two. Hawaii is the other team slated to finish ahead of Fresno State in third.

San Jose State and UNLV round out the division behind the Bulldogs.

A look over to the Mountain Division once again sees Boise State predicted to finish first. This is the eighth season in a row for the Broncos to have first-place expectations.

If the Broncos live up to the hype, they would earn a spot in their fourth-consecutive conference championship game.

Wyoming garnered the lone other first-place vote in the Mountain Division, and is followed by Air Force, Utah State, Colorado State and New Mexico.

The Mountain West Championship Game was originally scheduled for Dec. 5, 2020, but the conference has not announced yet what the 2020 season will look like amid the coronavirus pandemic.

Last season, the Bulldogs did not live up to the preseason expectations, finishing fourth in the division after the predictions had them slated to win the West.